In Kabukicho, Tokyo’s infamous red light district, hosts are a common sight. Often distinctly attired young men, they entertain similarly young women in exchange for considerable financial rewards. A weirdly cyclical system that sees hostesses, and mostly other adult entertainment workers, use the money they have earned in their particular roles to subsidise hosts involved in exactly the same game. Namely the pretence of interest and affection paid for by cold hard cash.

Hosts like the ones below. Two likely lads, who, after a long night of indulgences and upfront deception, were simply hanging out on the street; the fella on the left as proud of his number 1 host status, as he was the tattoo covering his back. 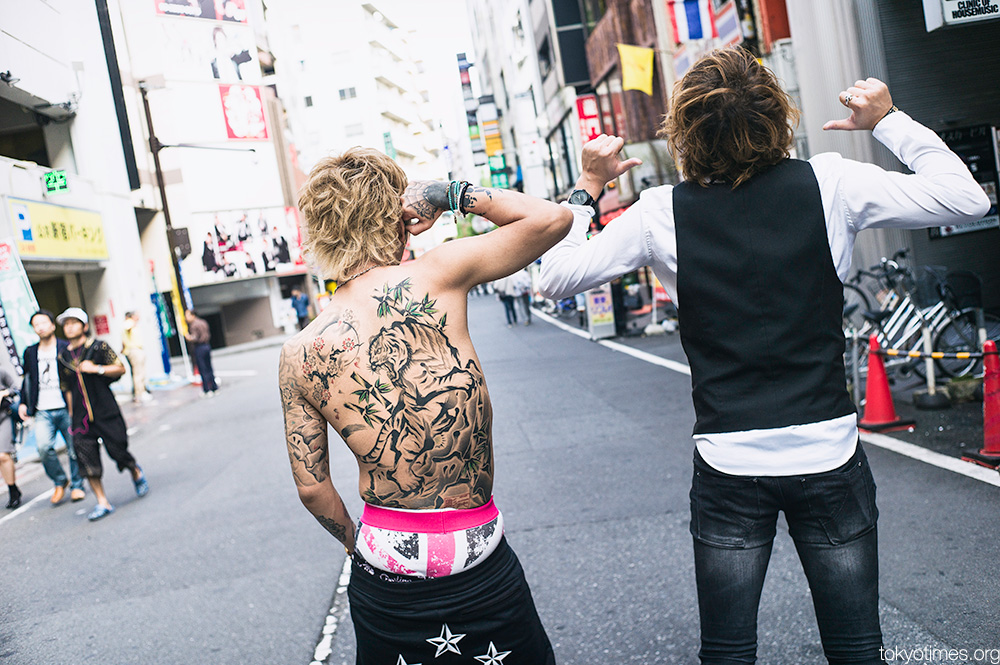