When heading to a haikyo, there are never any guarantees: It’s often hard to get a true location. The building might not be there anymore. And the interior may have been smashed up beyond all recognition even if it is. Factors that when added together make genuinely incredible places all the more rewarding — like the recently visited and spectacularly preserved, abandoned school.

In fact, it was in such good condition that expectations for the Sun Park Hotel had to be suppressed still further. Along with the usual uncertainties, there was a sense that anything even approaching the completeness of the school would be asking too much. And needless to say it was, but thankfully only slightly, as the hotel was still in surprisingly good condition — plus it had a sombre, and yet really quite serene ambience of all of its own. 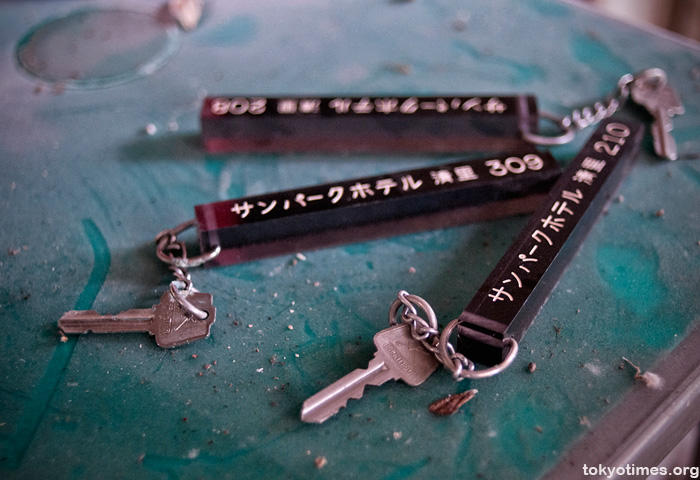 Situated in Kiyosato, Yamanashi Prefecture, the hotel suffered a fate similar to the countless other closed businesses that line the main streets of the once popular holiday resort: it went bankrupt.

Only a few hours or so from Tokyo, and once labelled a ‘mini Harajuku’, the area was apparently the place to visit in the 80s, but, like everything else that has a boom, there sadly had to be a bust, and Kiyosato’s came at the end of that decade. The visitors disappeared, and so did many of the places they once visited — like the Sun Park Hotel.

The building now sits semi-hidden by trees, but inside, it’s almost welcoming. The bar and eating area by the entrance is even now still set out to accommodate those looking for a bite to eat or a few beers. 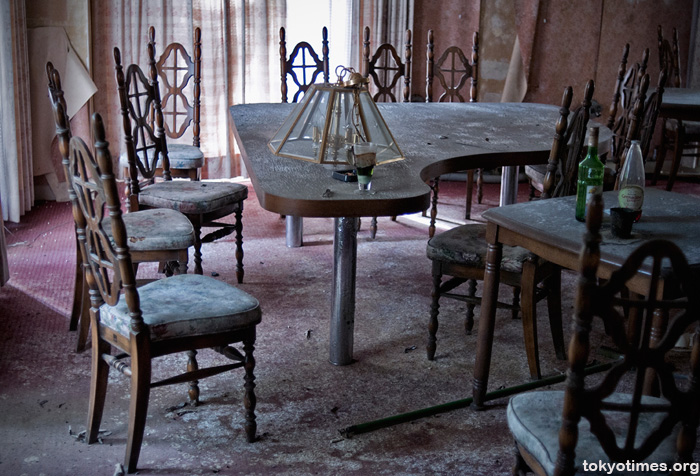 Although the last people to do such a thing were presumably the last of the staff, having one last drink. 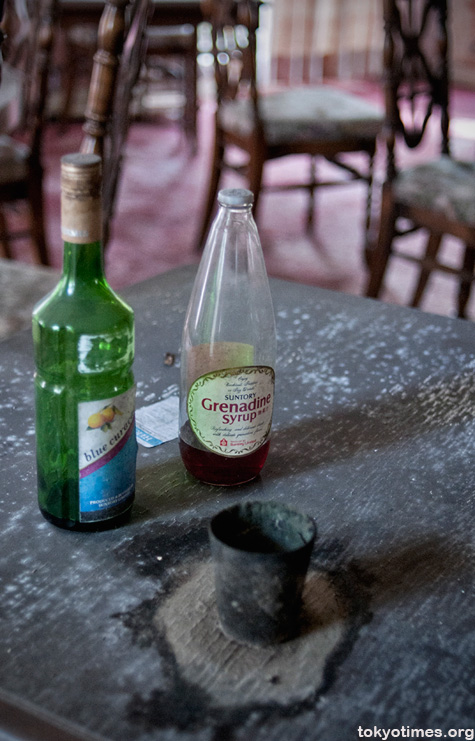 It may even have been Yamamoto-san, but that’s something only he or she can answer. 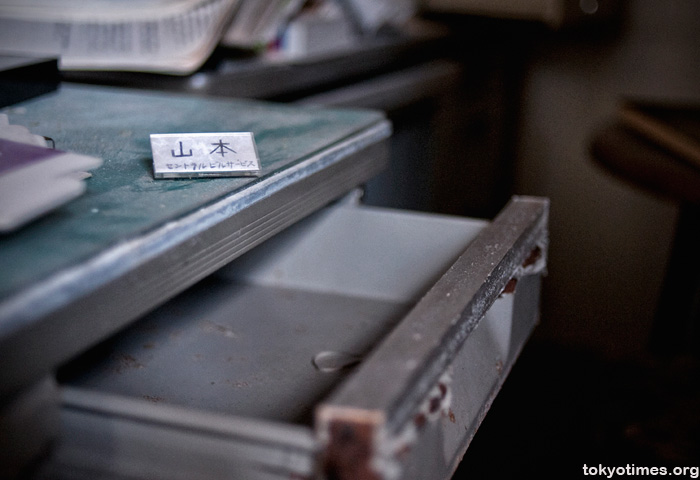 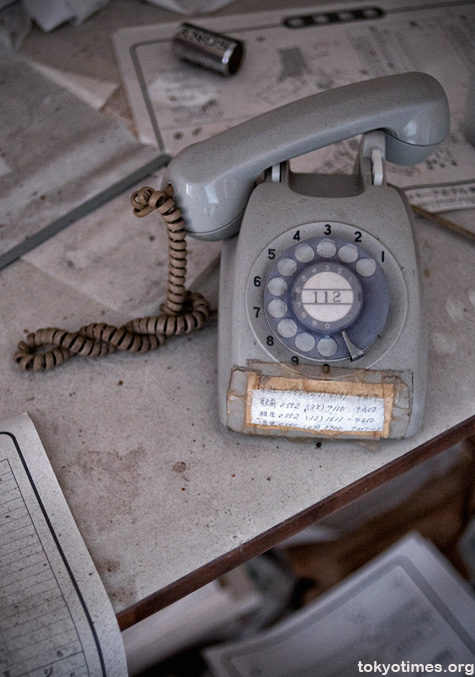 Elsewhere, the sense of waiting persists, although as calendars suggest the hotel closed in either 1989 or 90, it’s a long while indeed since this chair seated a young diner. 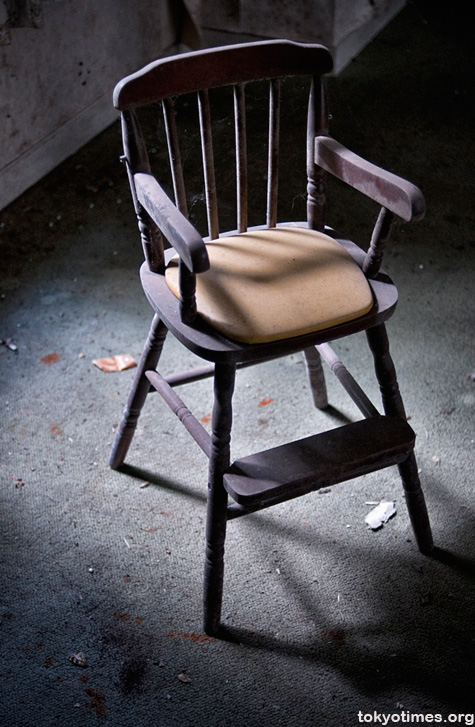 And it was very similar upstairs, even if the paintwork and elaborate lighting has seen better days. 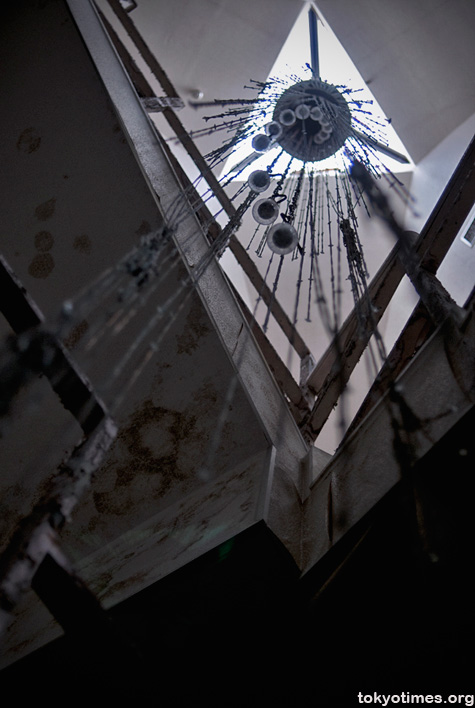 Despite damage in the corridors due to scavengers ripping out metal wiring in the ceilings, the rooms themselves are still remarkably well preserved. 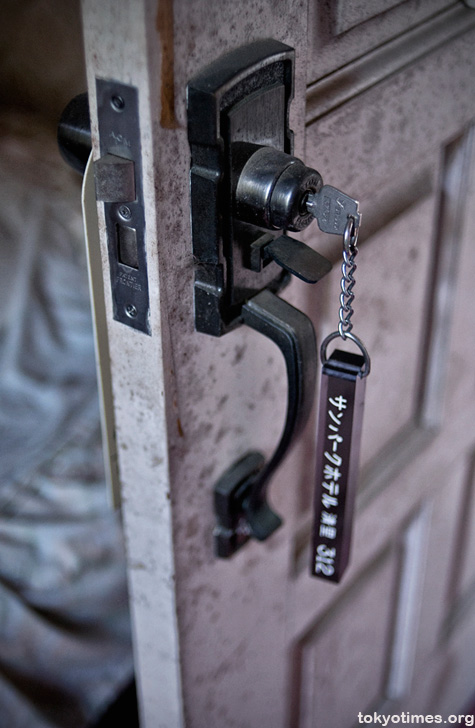 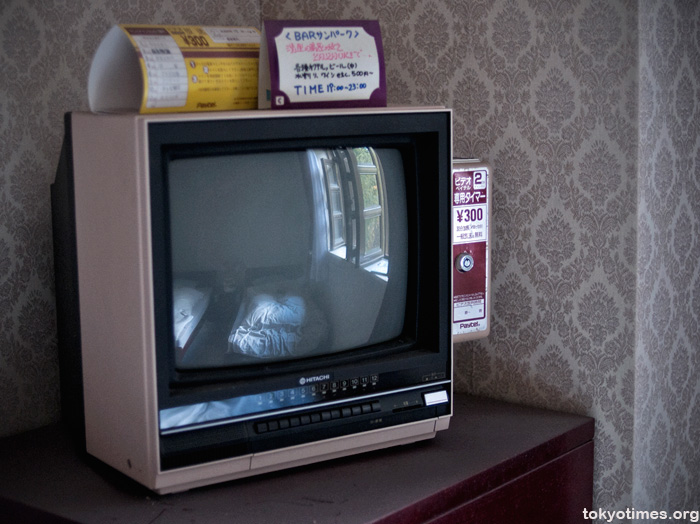 And one can almost imagine still using the laughably ostentatious telephone to call down for a quick clean up. 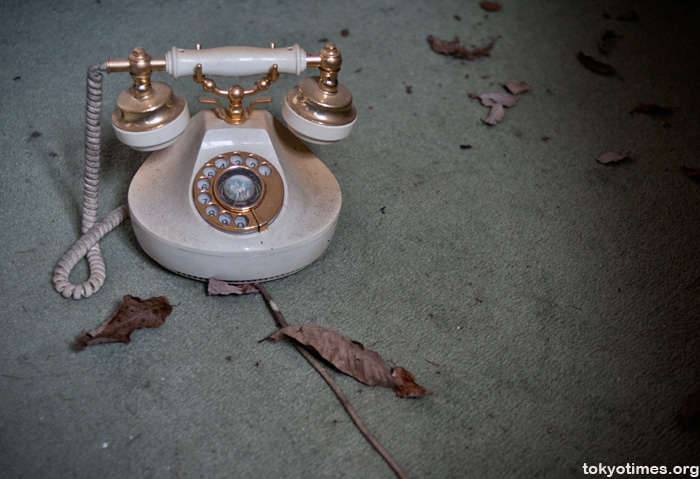 Plus some fresh bedding. 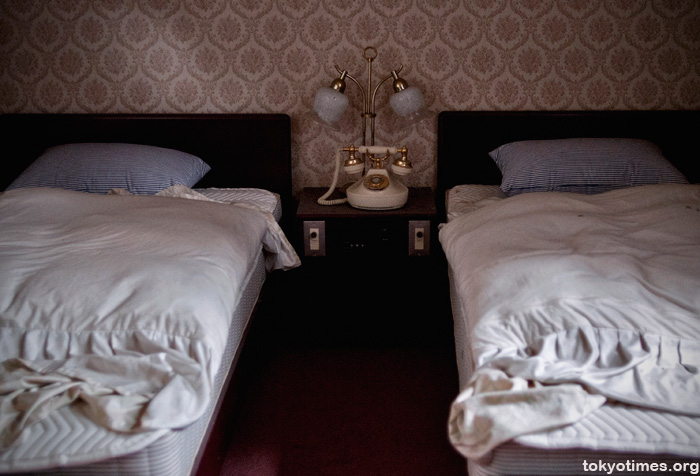 But just like the slippers, you’d have to wait patiently. Possibly forever. 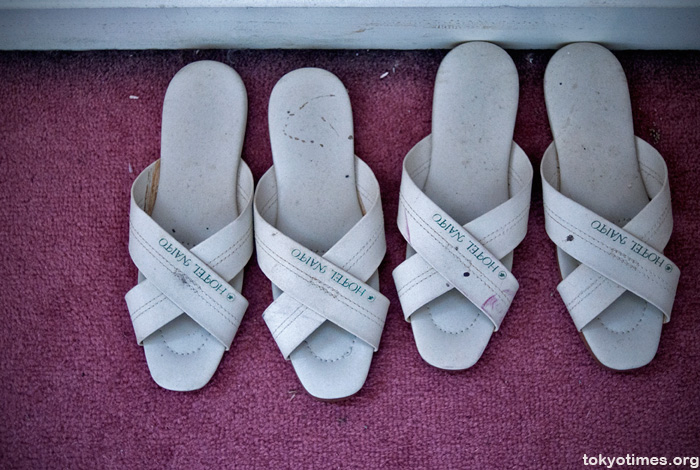 Because just like the plight of Kiyosato itself, no one will come. 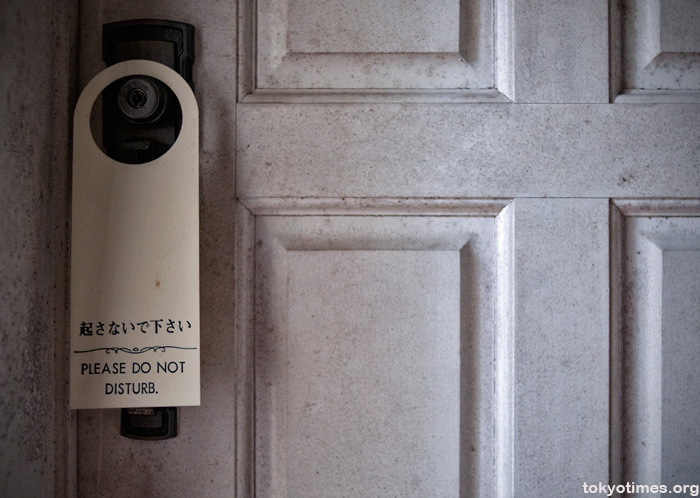