Despite Japan being notorious for fast to appear and equally fast to fade fads, the so-called Japanese pet boom, which has amazingly been ‘booming’ for years now, stills shows no signs of abating — at least as far as decidedly diminutive dogs are concerned. And as such, the likes of fancy pet foodstuffs, fashion and constant cries of kawaii! are unfortunately far from uncommon.

In fact, it’s a trend that some suggest is possibly being driven by a considerable number of these pets being seen as child substitutes, which, given their often over-the-top treatment and Japan’s low birth rate, could well be true. Plus there are benefits of course, as boozing on a Sunday afternoon at least is considerably easier and more carefree with a canine than it is with a kid. 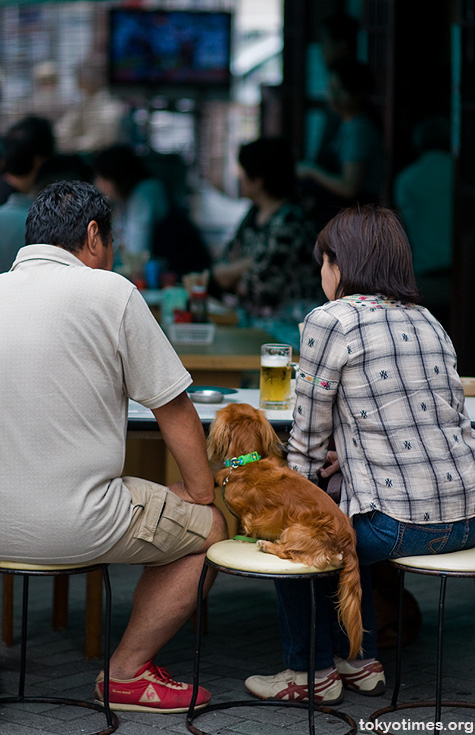 The trouble is, it’s not all fun and games, and after years of depicting these dogs as cute and cuddly little accessories, one TV channel at least has bravely opted to air the dark side of the dog boom. A video that I should warn is undoubtedly distressing (at least from the 5 minute mark) as it shows how a large number of unwanted and unable to be cared for canines end up — quite literally. And viewing is made even more uncomfortable by the knowledge that it’s a practice that apparently is performed practically everyday.

There are no subtitles I’m afraid, but the last part at least needs little in the way of explanation. But once again, I should reiterate that it is far from easy viewing.