Every year on January 2nd, the Emperor of Japan gives public New Year greetings. A short address performed 5 times during the morning and early afternoon that sees somewhere in the region of 70,000 people filing in and out of the capital’s Imperial Palace grounds.

Yet despite the regressive, right wing views of Japan’s current government, and in particular its Prime Minister, Shinzo Abe, the event is reassuringly festive not fervent, and much more celebratory than serious. The only real negative being the neck stretching struggle needed to see the main man himself. 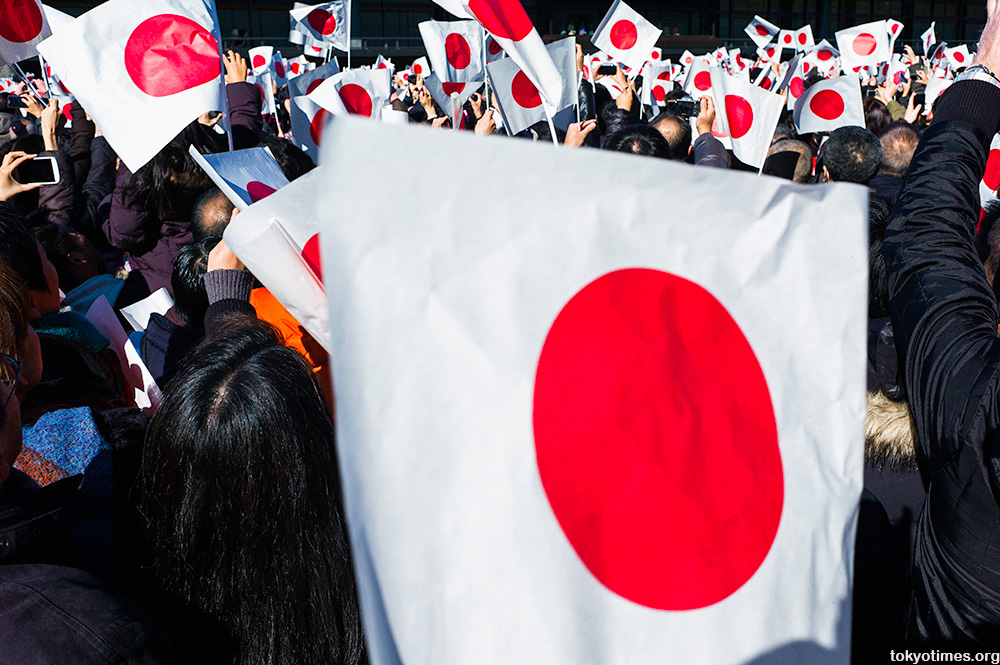