The tsunami of March 11 that destroyed lives, property and whole communities obviously got a huge amount of media coverage. In fact including all the amateur footage, it must be the most photographed and filmed natural disaster the world has ever seen.

What then happened at the Fukushima Daiichi nuclear power plant, however, quickly usurped the horrors of the tsunami in the eyes of the press — as do its on-going and related issues. Yet that’s despite things being far from normal in many of Tohoku’s devastated towns and cities, as what remains is still a problem of enormous proportions; a mere fraction of which is clearly visible in these photographs taken a full eight months after the earthquake hit the region.

This unbalanced view quite understandably upsets many people, and as communities try to somehow rebuild, the last thing they need is to be forgotten — or possibly even worse, ignored. But at the same time, forgetting about the dangers of radiation exposure is clearly not an option for those living near the exclusion zone either.

Just like the situation further north, this latter issue is impossible to fully grasp from the safety of Tokyo. Reading about it and debating which region’s vegetables to buy is one thing, but living with the very real fear of what the future may bring is something else altogether. So to get at least some sense of what it’s like, the only option is to travel to the region and get as close as is feasibly possible to the problem: one of the exclusion zone checkpoints.

Driving down a busy road towards Minami Soma with shops and the like on either side is initially very deceptive. Slowly but surely, however, shutters begin to appear on a lot of the buildings, and one by one the cars turn off. Then, in the middle of a deserted road, the checkpoint finally appears — the sight of which is difficult to describe, but it’s somehow like reaching the end of the world. Basically the end of the road in more ways than one. 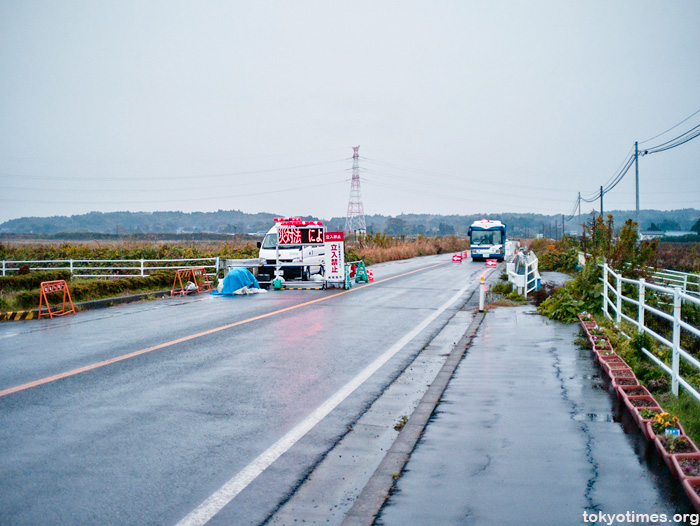 And the surreal nature of the place is only added to by a semi-lit but strangely still open convenience store very close by. One, needless to say, without any customers, and staffed by a solitary, as well as understandably dejected-looking, shop assistant.

Yet like many roadblocks in Japan, the checkpoint itself is reassuringly manned by a flag waving individual who is very keen on letting travellers know where they may go, and more importantly in this case, where they may not. That said, it is hard to ignore the fact that masks are actually part of the uniform. Plus they are designed to protect those wearing them from something far more malignant than pollen. 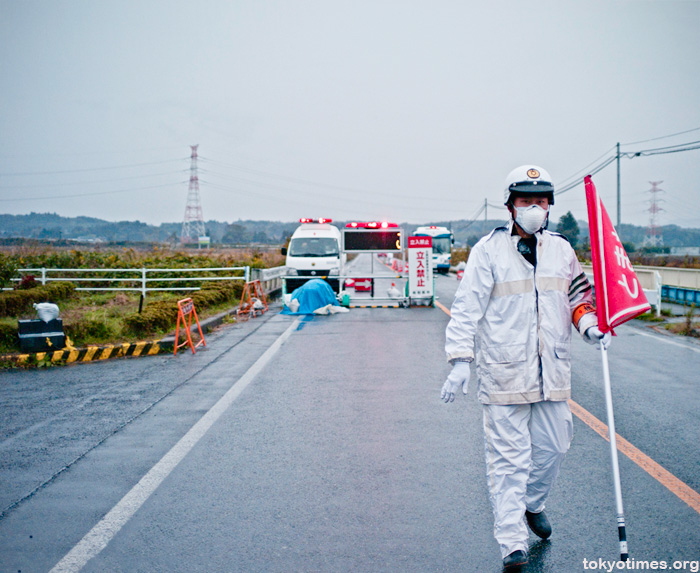 The sight of that very same man waving through a reasonably steady stream of vehicles containing people covered head to toe in white protective clothing, on the other hand, made everything feel much more real. And at the same time, utterly unreal. 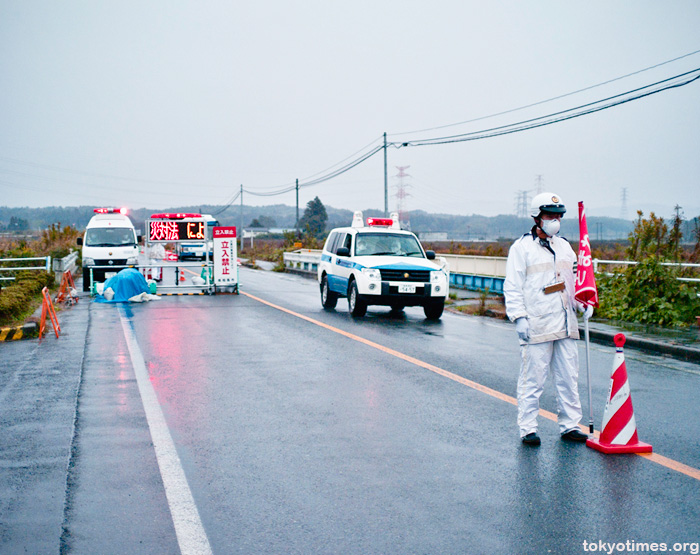