Abandoned buildings in Japan come in all shapes and sizes, with each one boasting its own, unique atmosphere. And particularly in regards the latter, the rotting, filthy clinic below, is a world away from the wonderfully welcoming and serene house I’d visited only hours earlier — photos of which can be seen here.

But that’s not to say the clinic doesn’t have character, because it does. Lots of it too. Something its wooden structure really adds to. 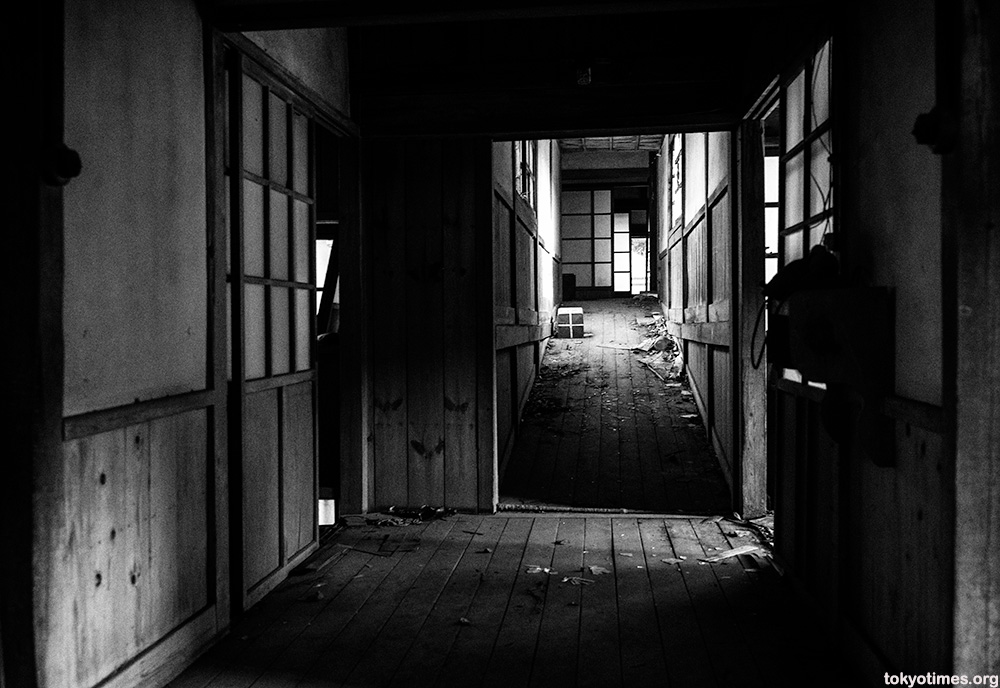 But condition-wise it leaves a lot to be desired, with remnants of the building’s former calling scattered everywhere. 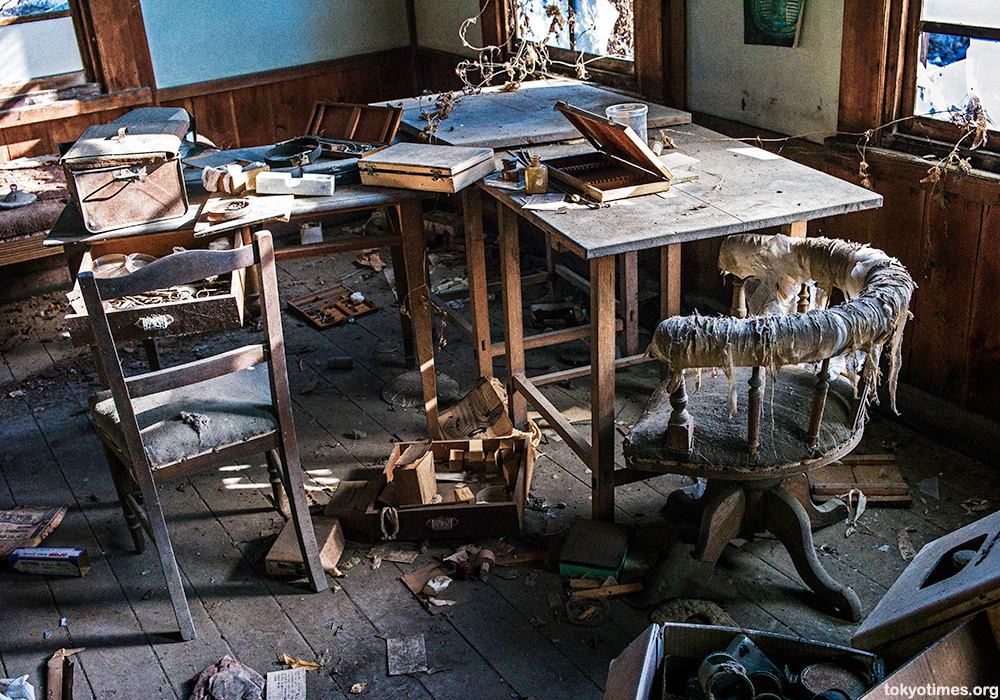 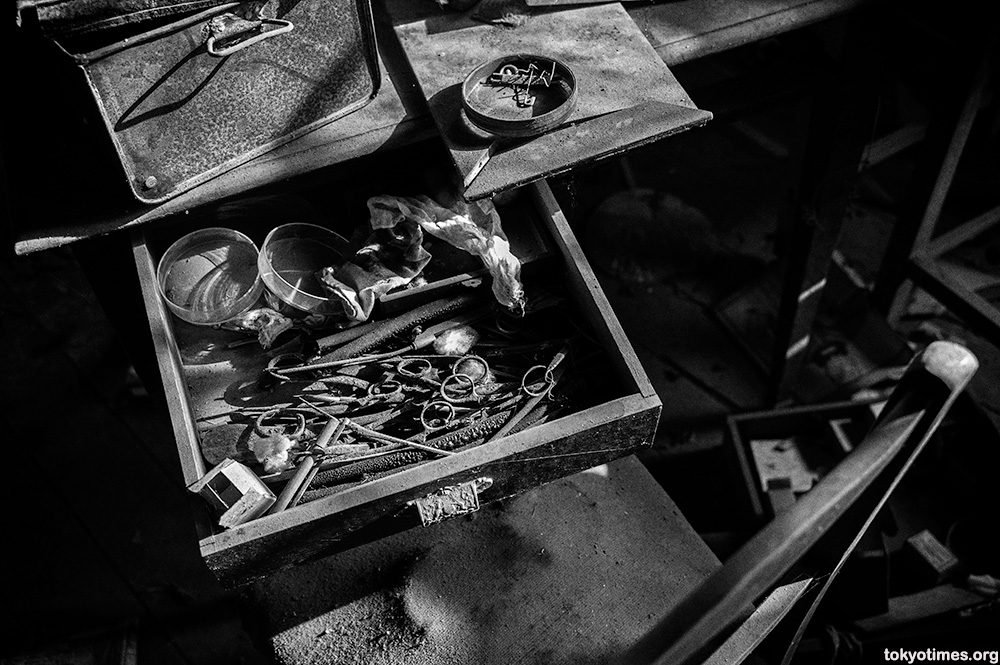 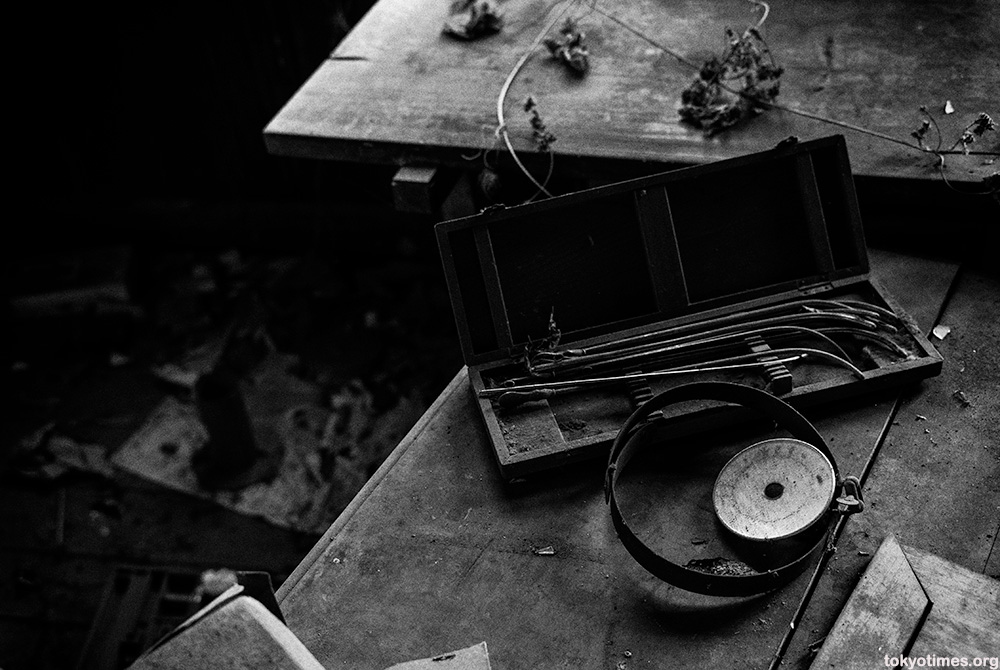 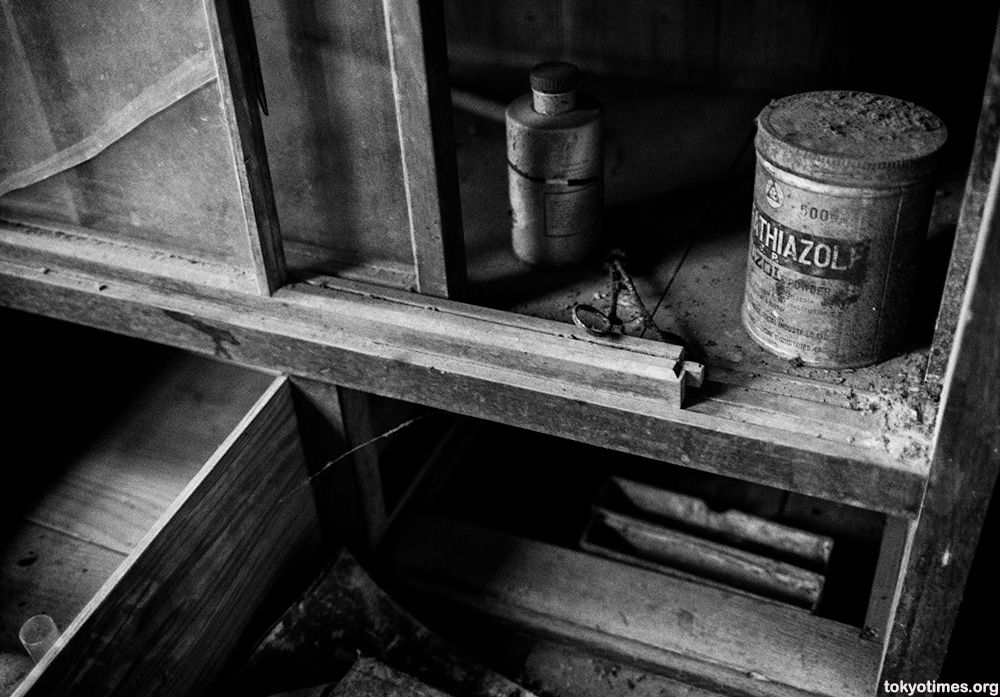 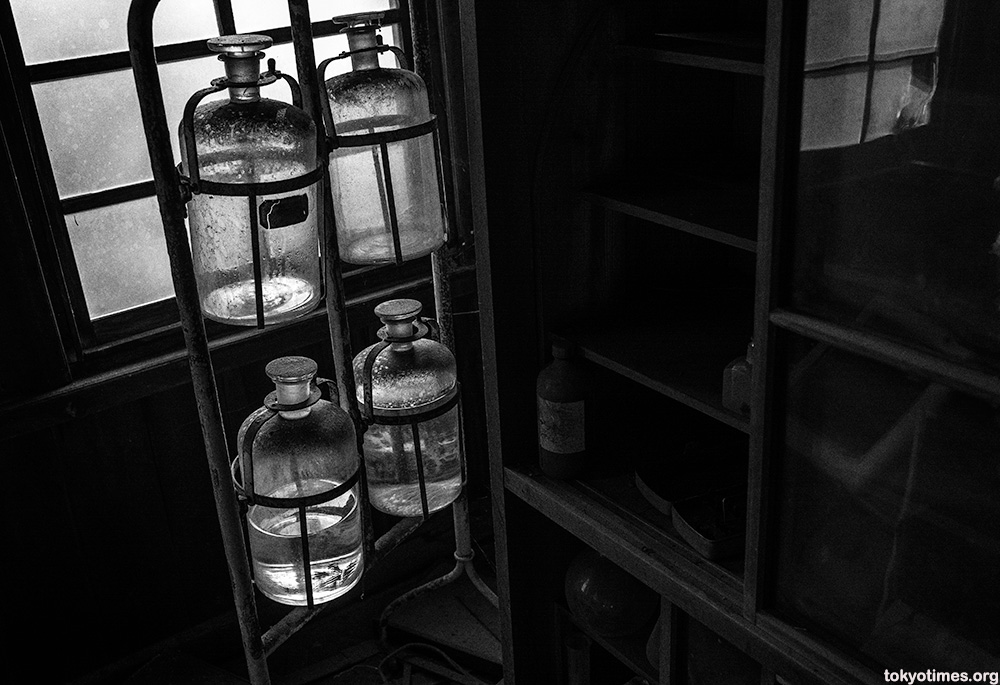 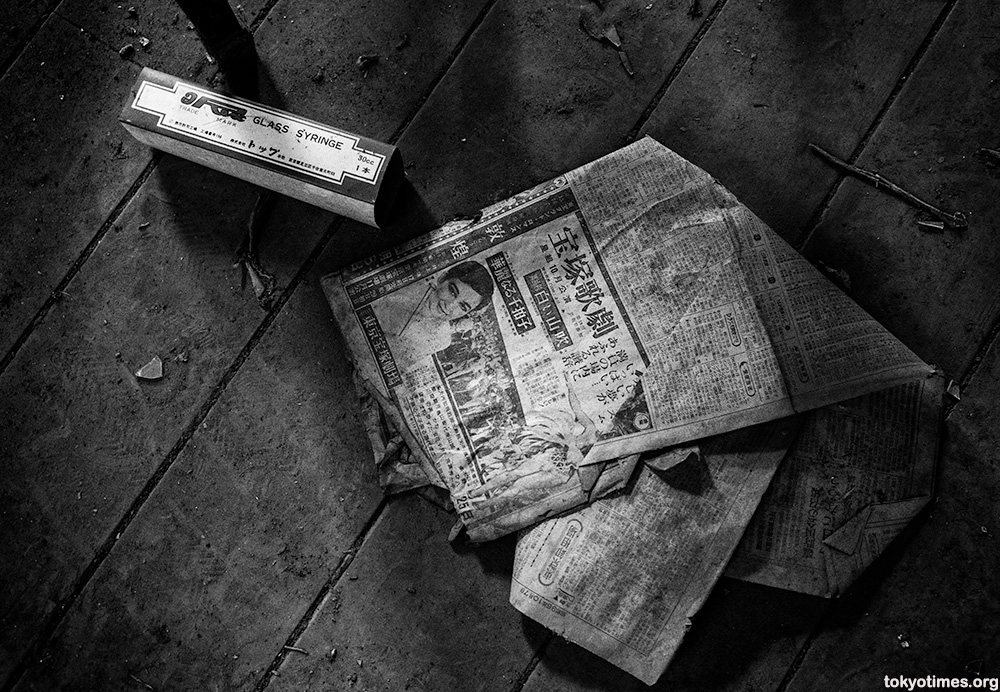 Pretty much everything really. Even jars containing things that the imagination can probably make too much of. 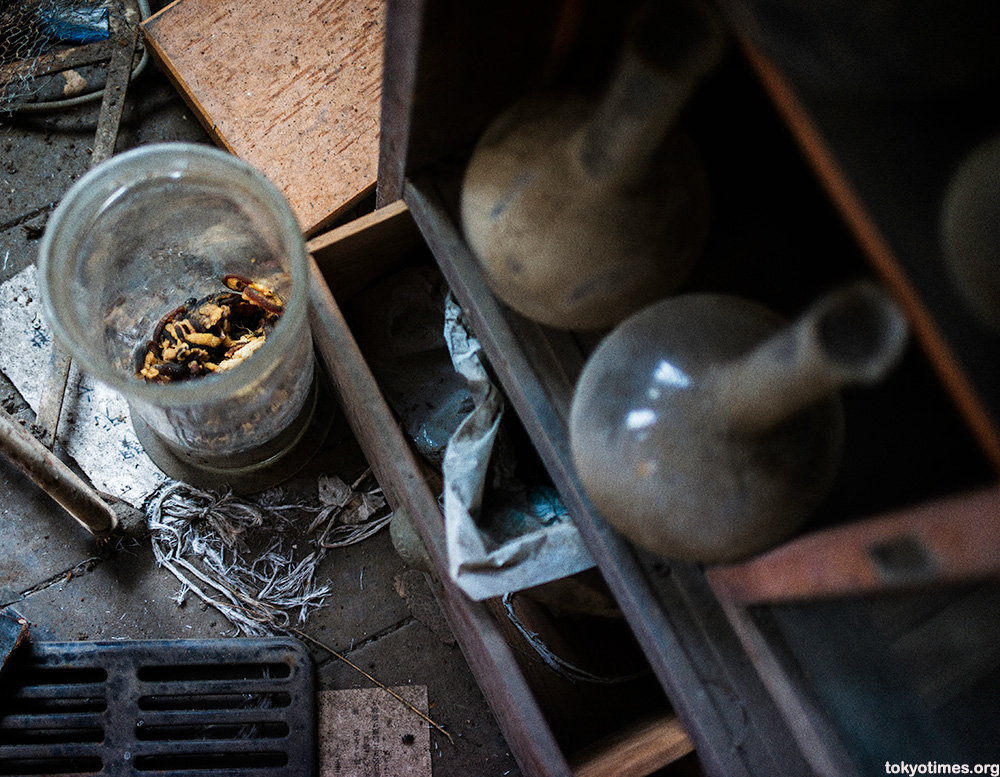 Yet quite why it has been abandoned like this is hard to say. Obviously the elements have taken their toll, but as the owner’s house is on the same plot of land — a factor that makes exploration a little tricky — it seems odd to leave the clinic in such a sorry state.

But whatever the reasons, time has certainly stood still since the last patients left in 1970. 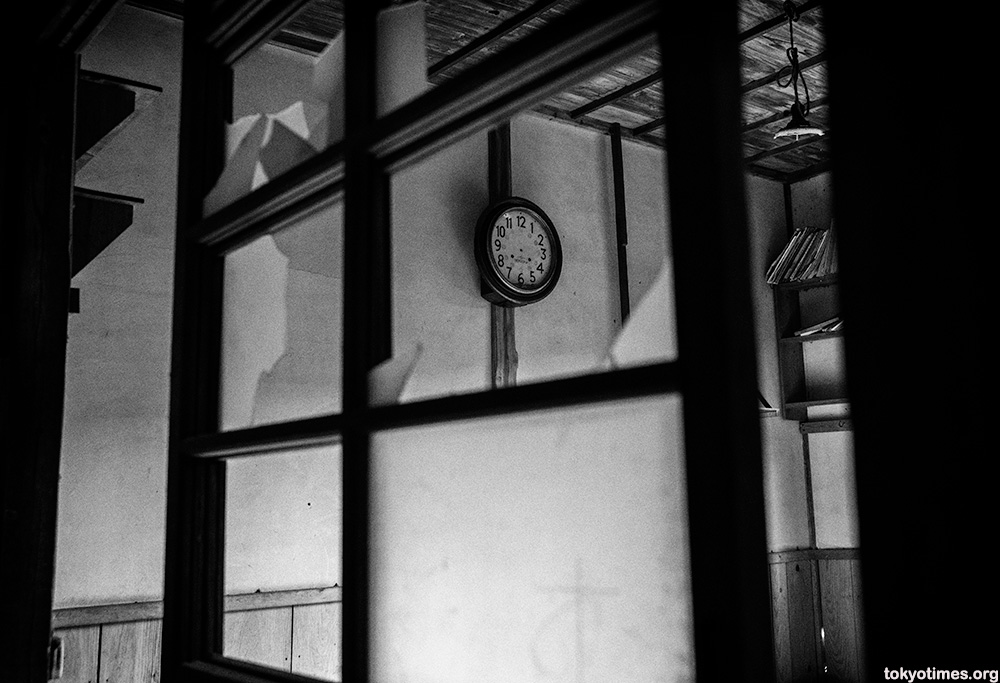 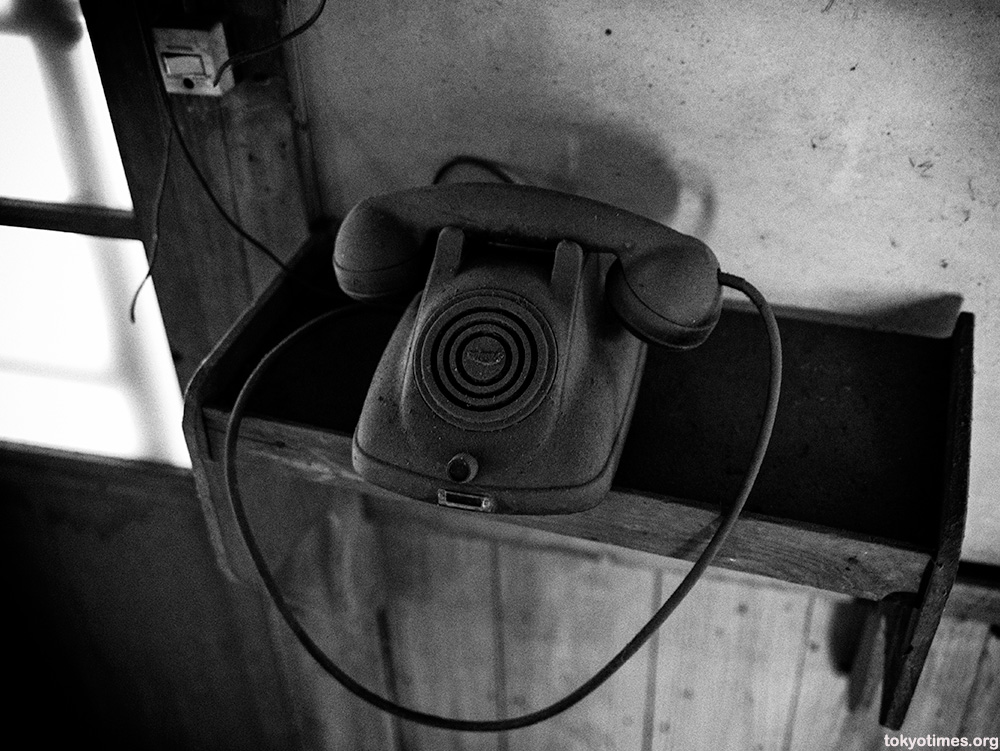 And no conversations with the receptionist. 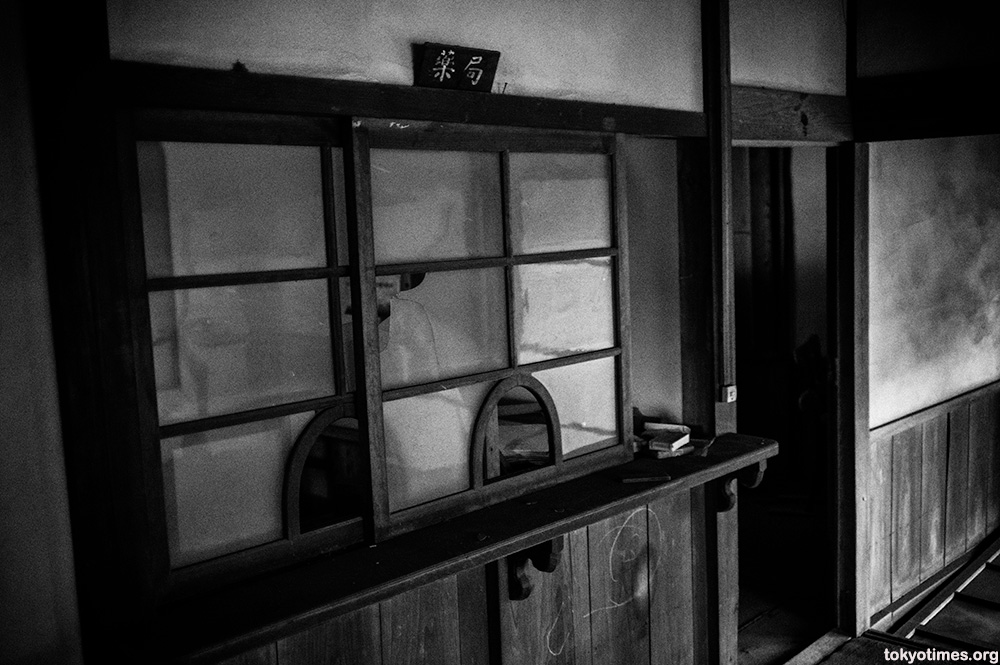 Which, considering the truly horrific nature of the operating room, is perhaps as well. 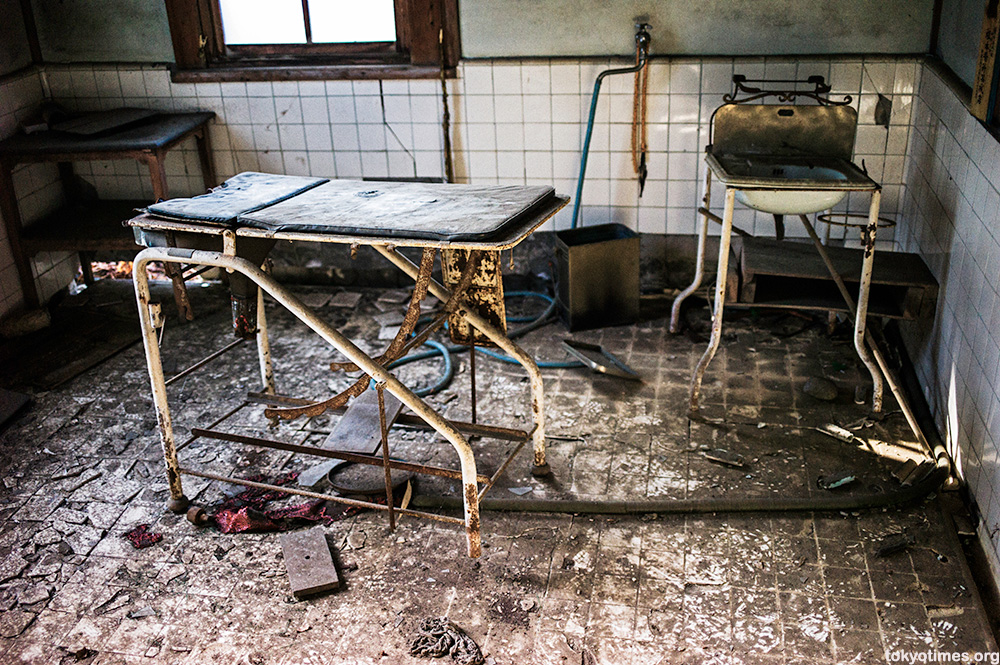