This young Shinto priest has appeared on Tokyo Times once before, and the photograph can be seen here.

Due to the intensity of his stare, however, it was impossible to resist going through the process again, with the resultant image replicating pretty much the exact same expression and an identical pose. The only real difference being a slightly incongruous looking plaster. 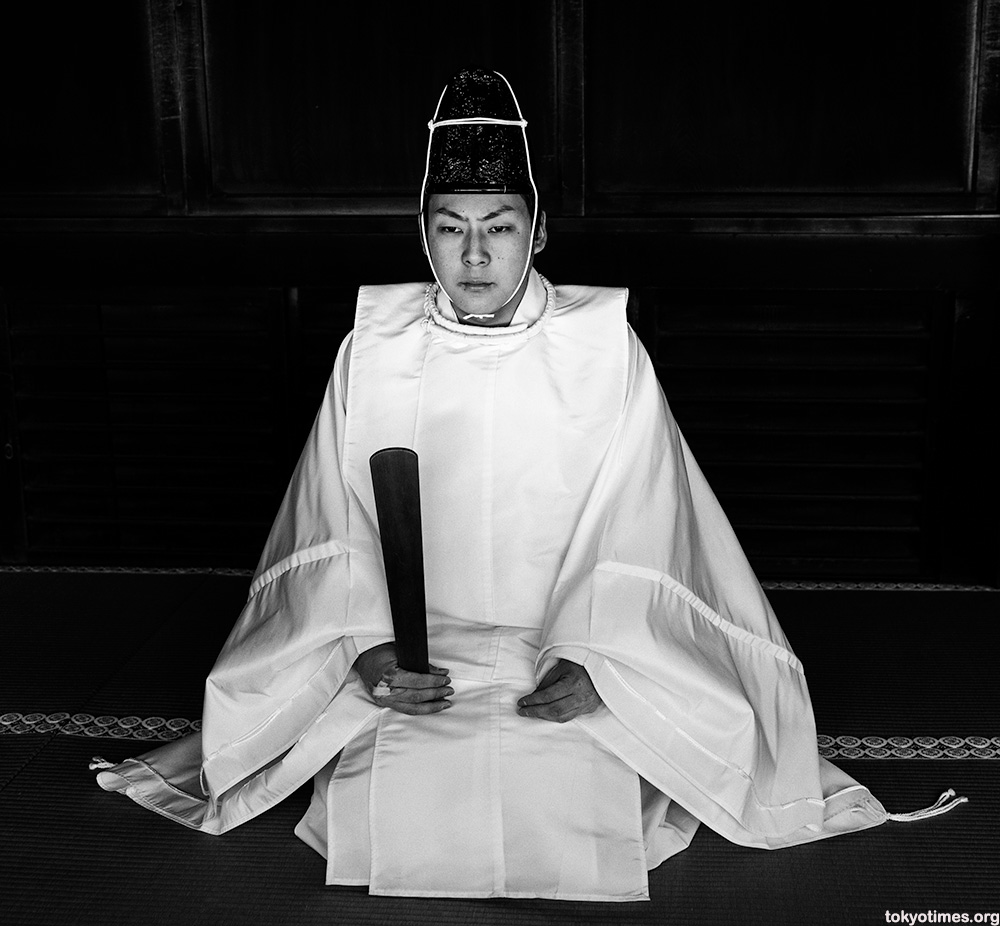