In a city renowned for its train network, a system that in many ways acts as Tokyo’s lifeblood, it’s quite bizarre indeed when, due to rolling blackouts, it’s not functioning — or at least not fully.

Not in a sense of the crowds though, but rather a lack of them. The odd, eerie silence of a place that should be bright and bustling with people — but isn’t. 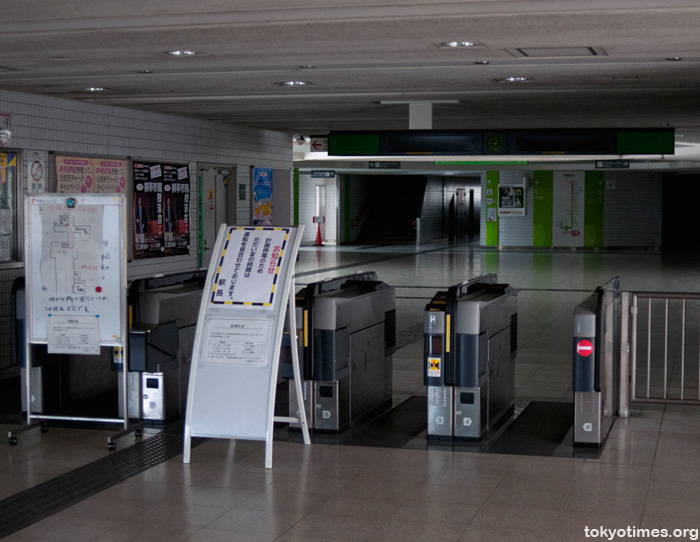 And the quiet confusion this causes. 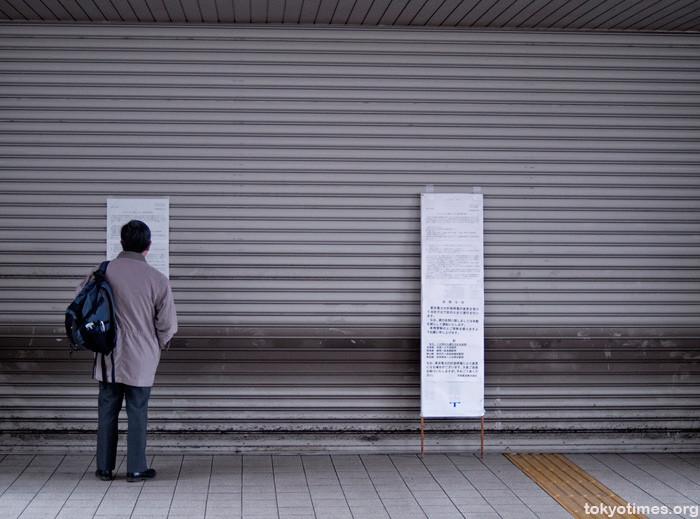 One that can’t be countered by jumping in the car either, as panic buying of fuel is even more excessive than in the supermarkets, with a line round the block before this petrol station even opened resulting in it being sold out in next to no time. 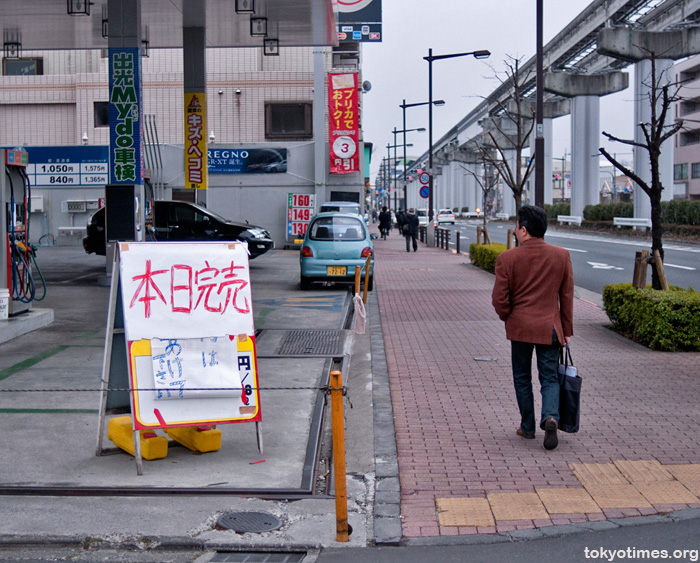 All of which isn’t life threatening. Not even inconvenient when one considers what could have happened. And it’s certainly nothing like the impending doom being peddled by some media outlets. It does, however, make for some very strange times indeed.