Hemmed in by a new car park on one side, and a ditch on the other, this abandoned house is small and basic to say the least. There’s no bathroom. Not even a toilet. A shared, breeze-block outhouse is the only facility. And, as far as a kitchen goes, it was presumably a case of making do with a two ring gas table near the door. Yet despite the building’s size and rather primitive nature, until July 2005 its two rooms were clearly very much a home for the old lady who lived there. 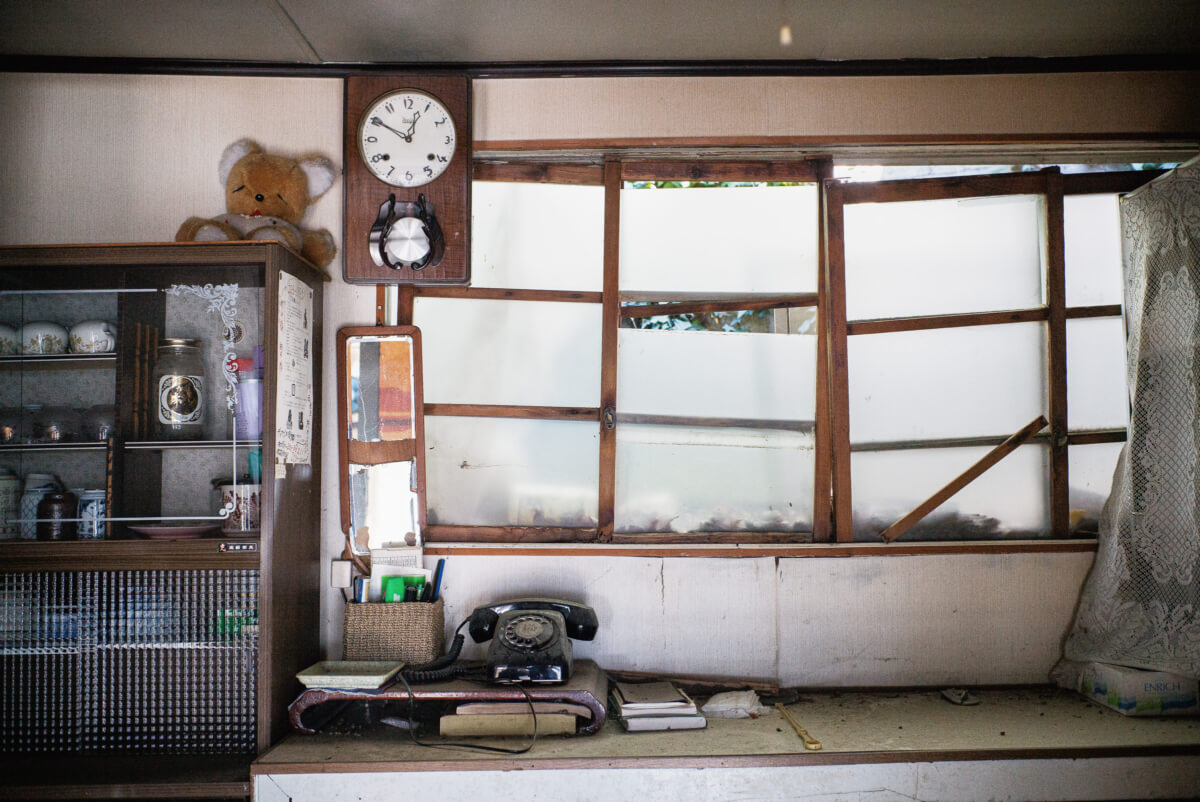 A tiny, rectangular space as one entered acting as a living room, dining room and pretty much everything except a bedroom. 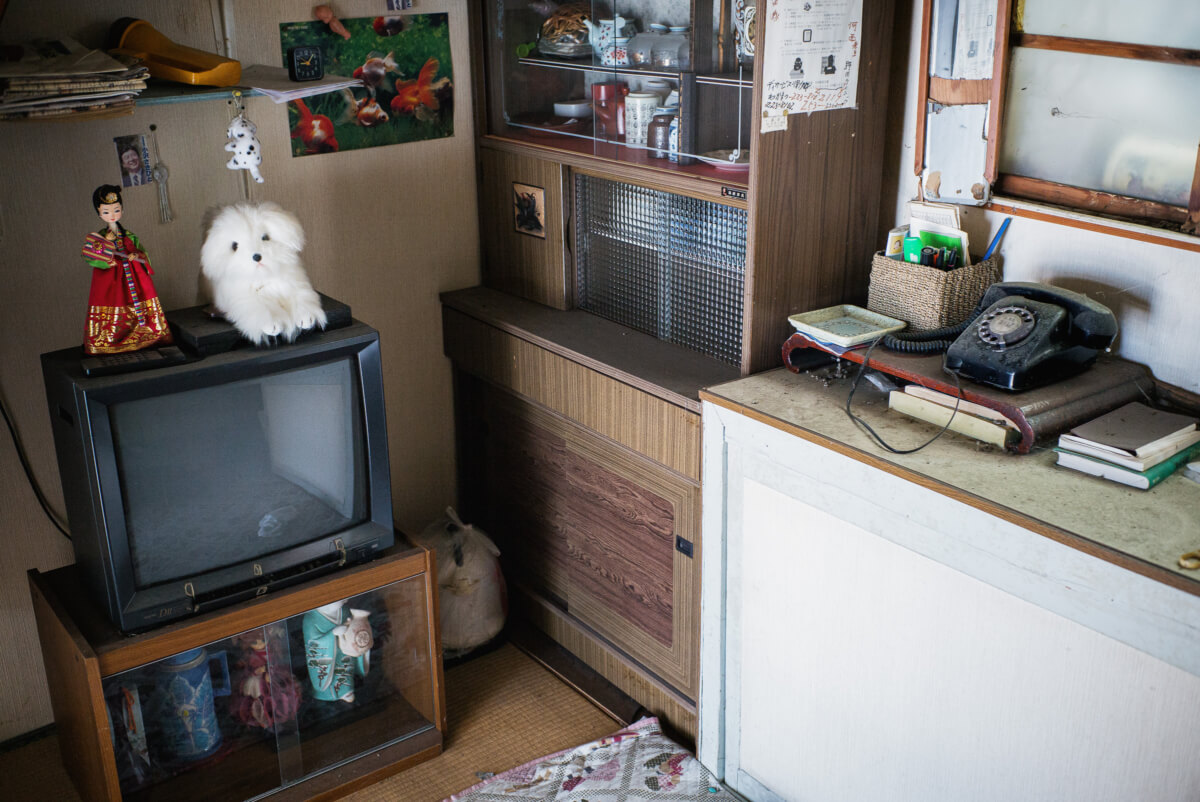 And up some terrifyingly steep and narrow stairs one finds the latter. A room that was so sad and silent that the opening verses of John Betjeman’s Death in Leamington seemed unsettlingly apt:

She died in the upstairs bedroom
By the light of the ev’ning star
That shone through the plate glass window
From over Leamington Spa.

Beside her the lonely crochet
Lay patiently and unstirred,
But the fingers that would have work’d it
Were dead as the spoken word. 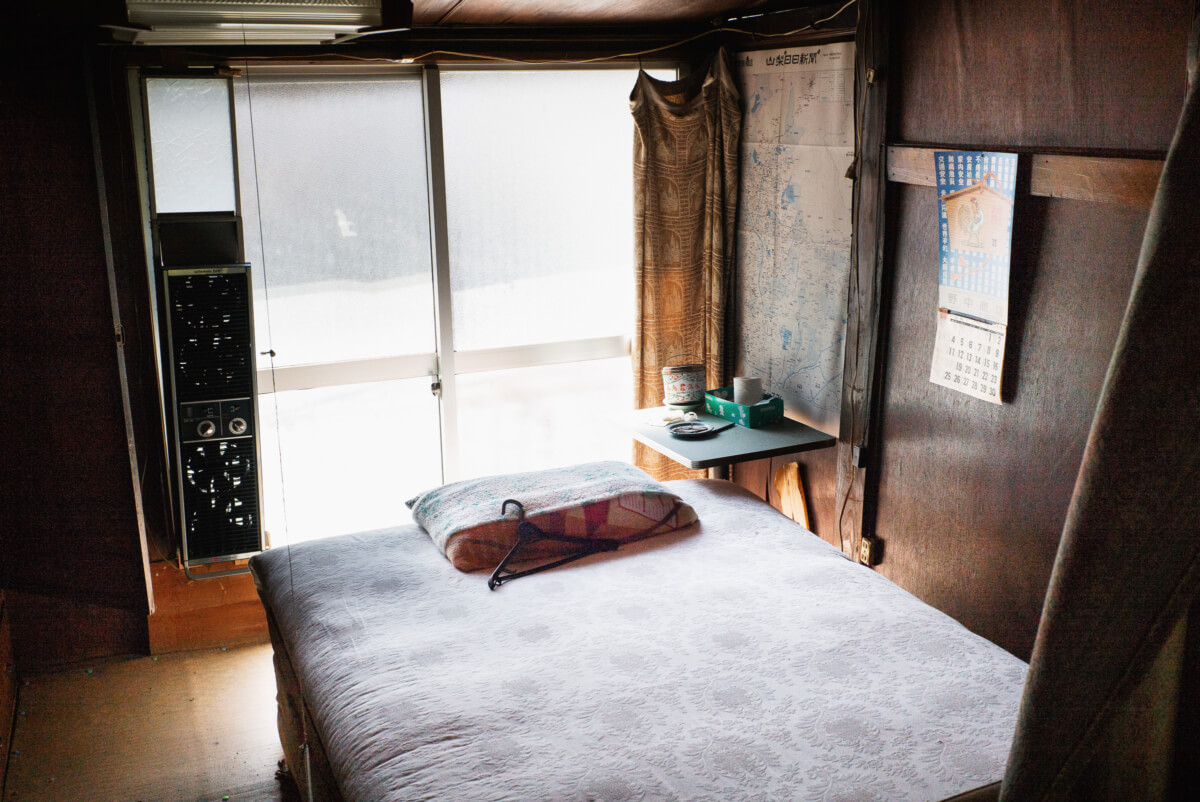