Despite the fact that a 90 or so minute journey from the capital on a suitably bound shinkansen can easily deposit one deep into snowboarding territory, Tokyo and its surrounding areas get surprisingly little snow — and even when there is some it’s generally just a gentle sprinkling.

Yesterday, however, more of the white stuff fell than I’ve witnessed in a long while, making trains late and commuters even more crammed than usual. But at the same time, it also had the power to make this lake, which was once popular but is now largely unvisited and relatively rundown, 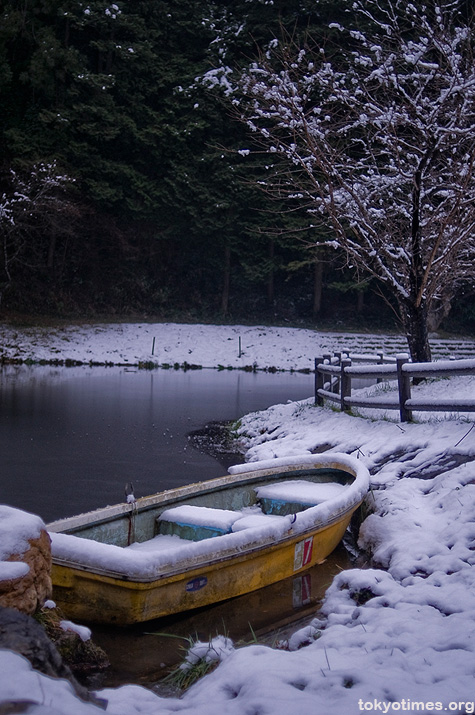 seem largely worth a look. 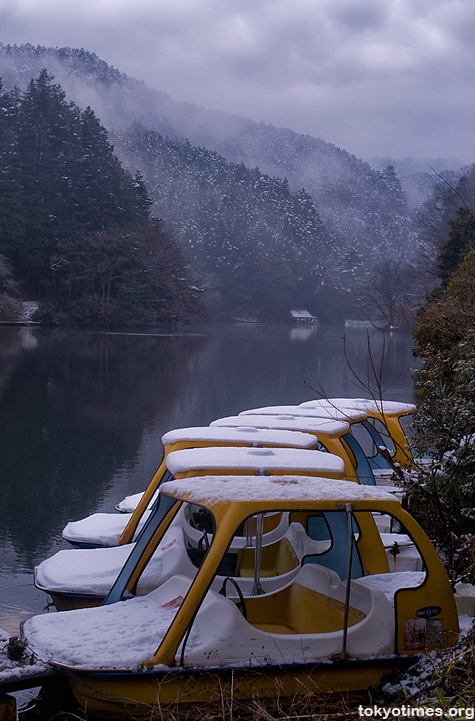 And all in all, really quite welcoming. 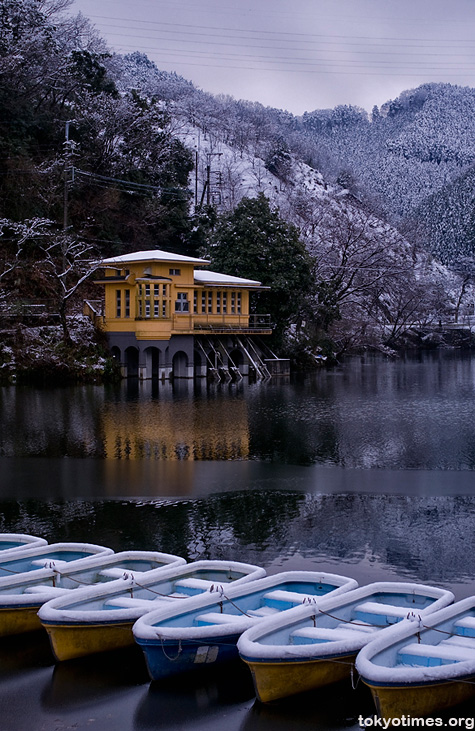