It’s often easy to at least imagine the life led by many of the people one sees out and about in Tokyo. Their clothes, the time of day, or where they happen to be generally offering hints about their job, social status etc. Speculation that could of course be way off the mark, but quite often it’s probably not. Or at least not by too much.

But then there are others whose stories are almost impossible to speculate on — certainly not with any kind of conviction anyway. Like this man for example. A Tokyoite whose stained coat, single glove and heavy backpack are conspicuous, and yet as clues they are far from conclusive. 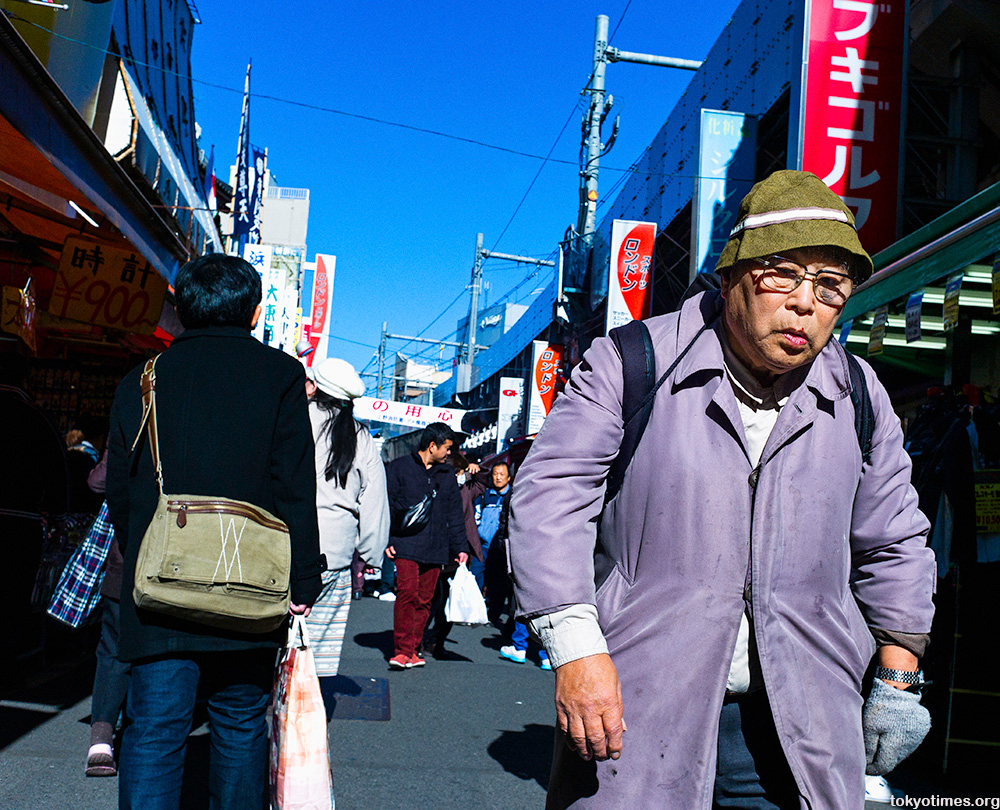