Even in the ultimate old boys’ club, where nepotism and social standing trump merit and competence, yesterday’s election of Shinzo Abe as president of the opposition LDP — giving him a very good shot at being the next Prime Minister — marks something of a new low for the already closed world of Japanese politics.

Born into a distinguished political dynasty, Abe’s rise through the ranks was inevitable, culminating in him becoming Prime Minister in 2006. A post he then quit after only 12 months of a decidedly undistinguished reign. Such failure, apart from in the world of finance, usually leading to a rapid slide into irrelevance.

But no, and what can be seen as a further sign of Japan’s fall from grace, the hawkish and diplomatically provocative Abe is now well and truly back. For how long, and in ultimately what role, only time will tell, but hopefully what it also signals is the final straw for what has until recently been a distinctly apathetic population.

The size and passion of anti-nuclear demonstrations over the last 18 months have shown an anger and frustration not seen since the sixties. An issue that perhaps importantly isn’t just restricted to the present regime, but all those since the dawn of nuclear power itself.

Now whether that zeal can be maintained, not to mention extended beyond the nuclear issue, remains to be seen. But what is clear is that for younger generations in particular, the veil has been well and truly lifted, and those with their eyes open definitely don’t like what they see. 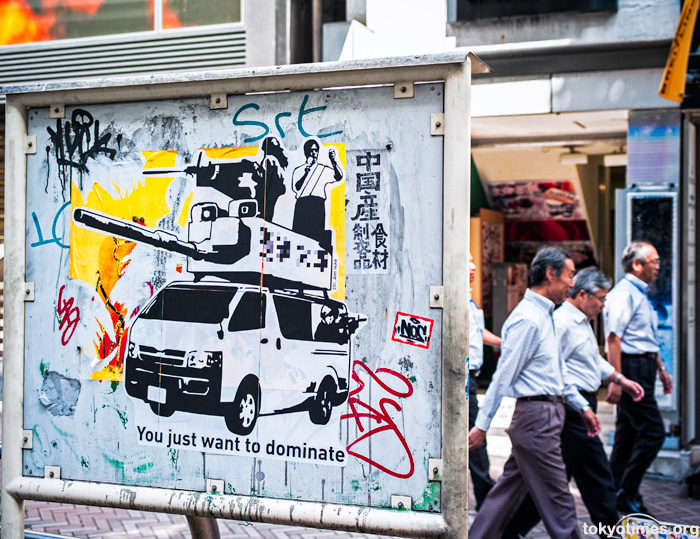