Arguably the greatest thing about Japanese festivals is the people that they attract, and the tori no ichi matsuri at Tokyo’s Hanazono Shrine is definitely no different; an event where people go to pray for good luck and buy extortionately priced bamboo ornaments, or kumade. 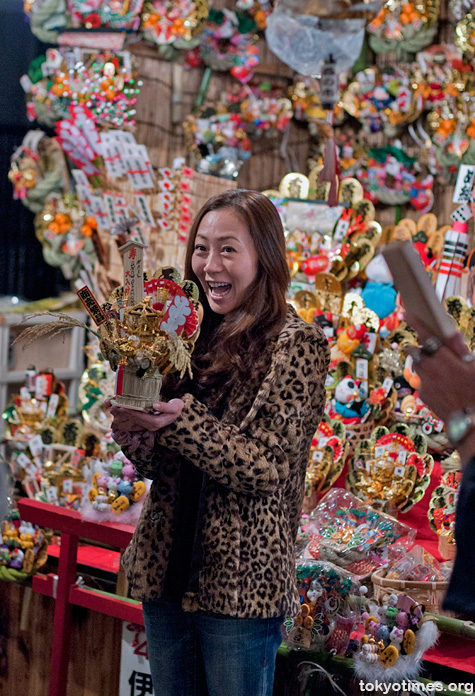 But as the shrine is in kabukicho, Shinjuku’s famous red-light district, the traditional attire of most festivals was noticeably absent, and was instead replaced by a look that seemed more appropriate to the surrounding area. Such as the glamorous. 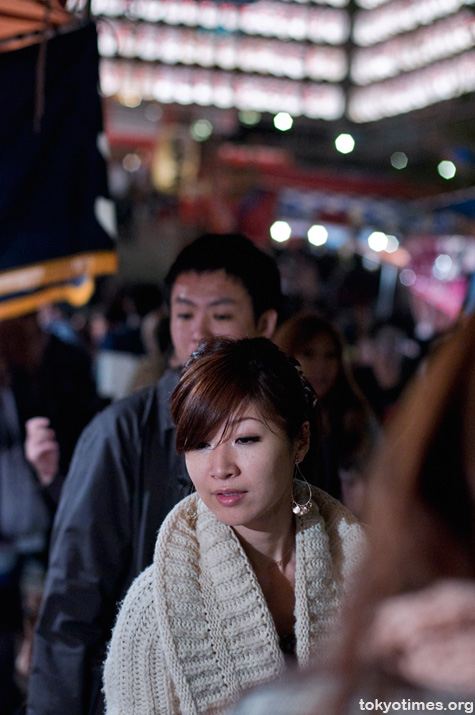 Which sunglasses are certainly good for. 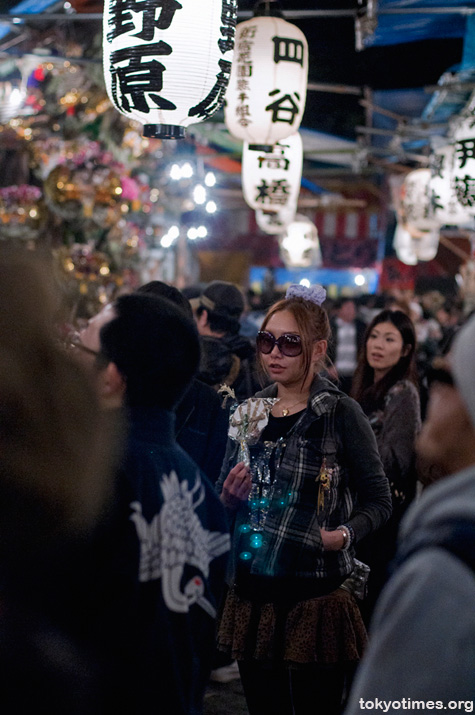 And also the girlie. 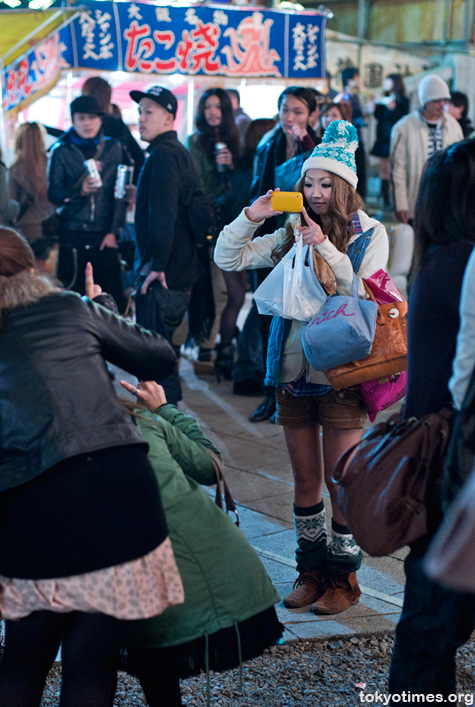 Not to mention, of course, the more grizzled. 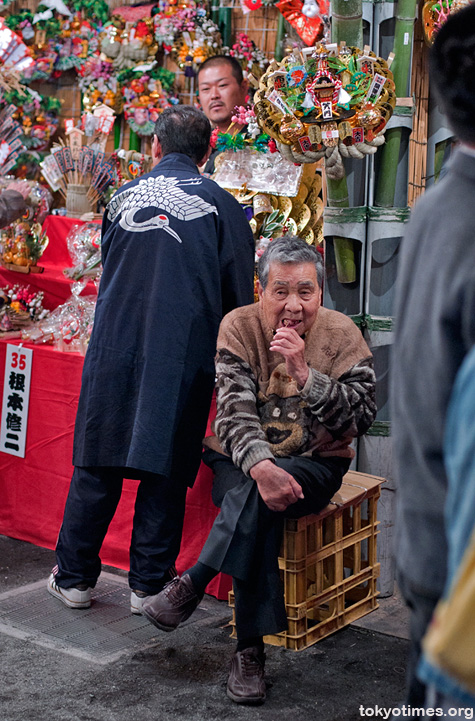 Plus, as well as the usual food and drink on offer, there was also the option of seeing the travelling ‘snake lady’, about whom more can be read here. The prospect of which, partly built up by her promoter. 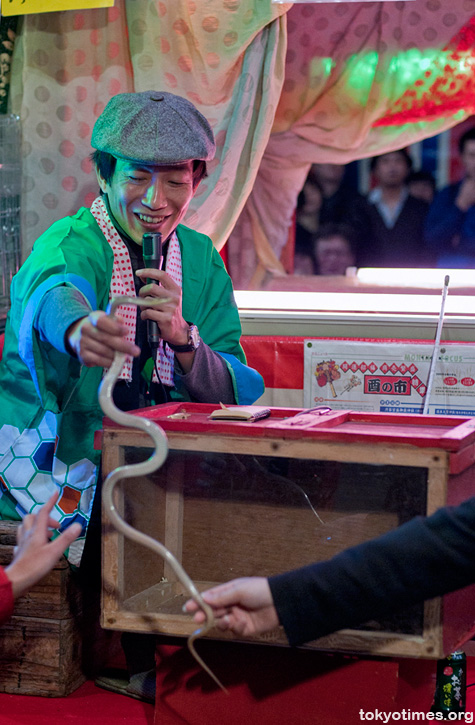 And her eye-catching promotional poster. 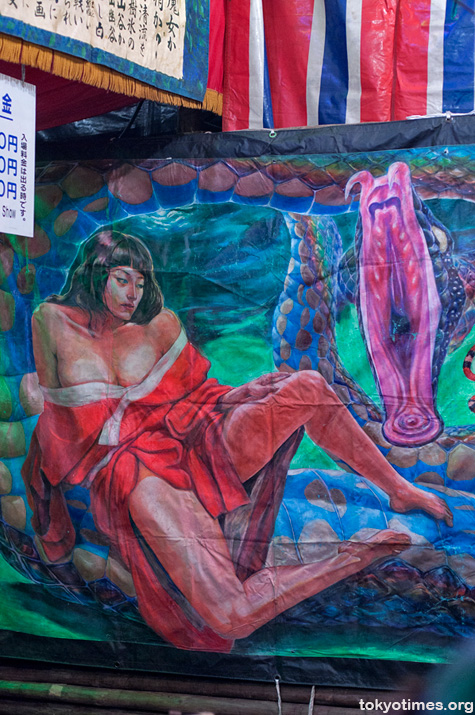 Left some looking a little apprehensive to say the least. 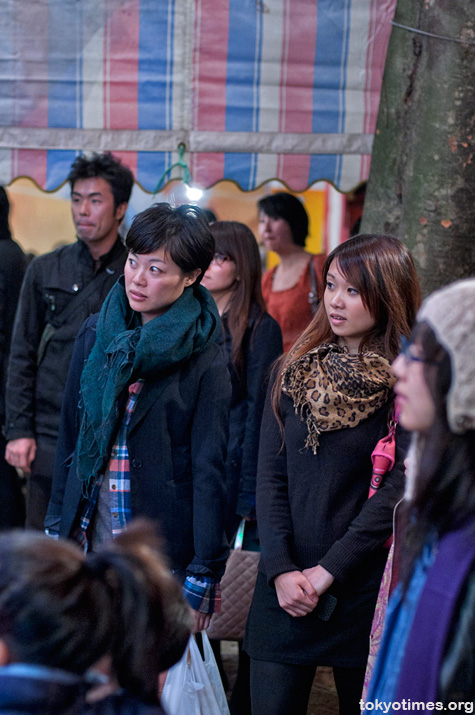 And apprehension was something I also felt at the festival, although not in regards performers, but instead about taking pictures. As, due to the kinds of businesses that were looking for a bit of luck, there were a large number of mobsters and their minions milling about. None of which, for obvious reasons, I felt comfortable photographing.

So instead, here’s a yakuza tattoo-themed Kewpie kumade to finish off with. 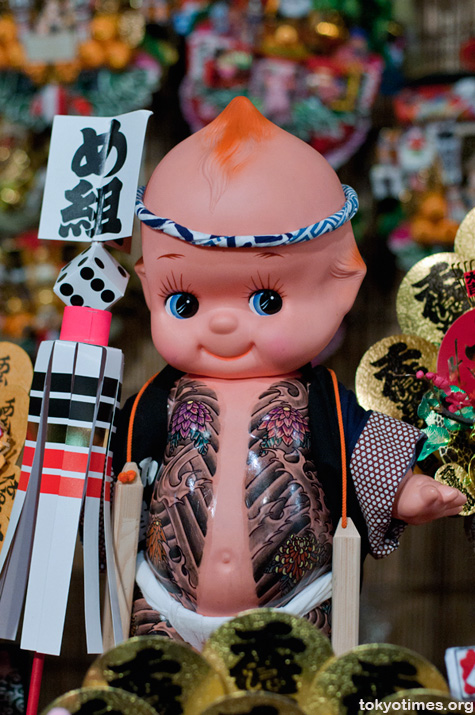