The major repercussions of Tohoku’s massive earthquake and tsunami are extremely well documented, but while the visible devastation is restricted to the north, its far-reaching effects can still be felt over 200 kilometres south in Tokyo — and indeed throughout the rest of the country. Power consumption has to be kept in check, manufacturing output is still down, and now it has just been announced that tourism has plummeted to its lowest levels since the SARS outbreak in 2003. A whopping 62.5% decline from April last year.

This latest bit of bad news, like the other problems, undoubtedly affects the country as a whole, but at the same time, it’s very easy to see the damage it does to individual traders; people who rely almost solely on foreign visitors for sales.

Yes, it may well be tat that some of them sell, but it’s tat that the tourists like to take back, and without them, times are clearly very tough. 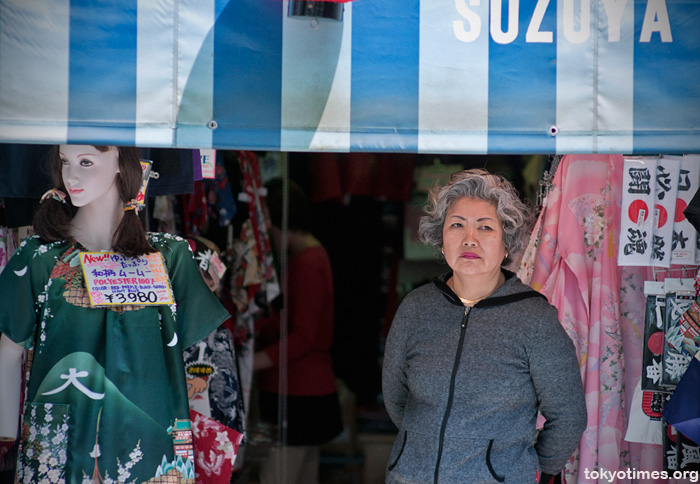