Not caring much for the cacophony of cooing that Chihuahuas command in this country, pet shops aren’t places I particularly favour, let alone frequent, so apart from the presumably almost constant cries of Kawaii!, most of what goes on in these marts is a mystery.

Yet that said, I suspect that an aged tortoise ambling round the aisles isn’t what one would call common, otherwise I would have been carrying a better camera. 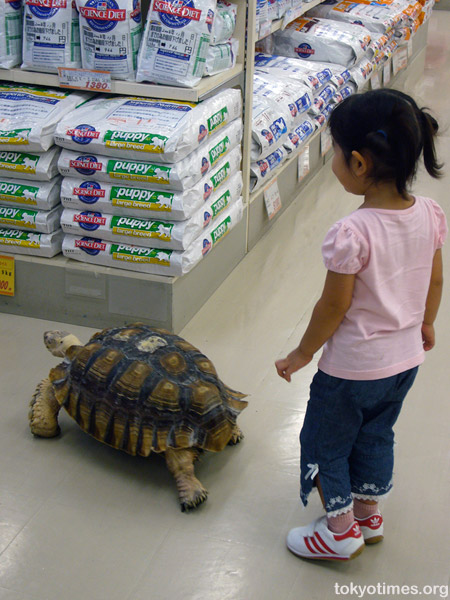 Or there again maybe it is, and due to my miserableness I’ve been missing out. Which, judging by the couldn’t care less attitude of customers other than kids, could well be correct. 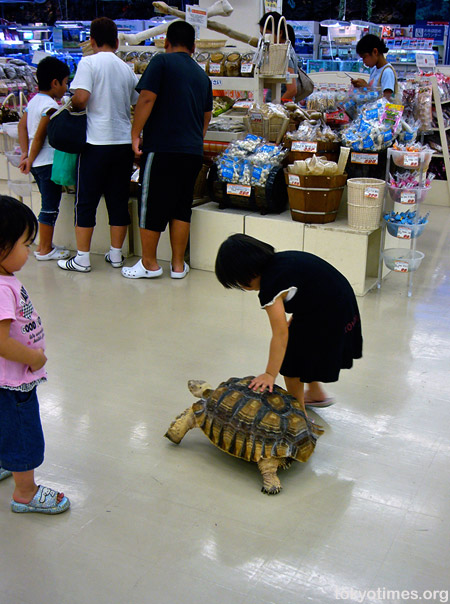