The Japanese are famously relaxed about religion, with Shinto ceremonies for newborn children, Christian-style weddings for those a little older, and Buddhist funerals to finally finish things off. As such, outside the ‘traditional’ Shinto and Buddhist beliefs, it’s difficult for other faiths to force their way in, with Christians still only making up around 1% of the population.

It’s perhaps these limited numbers then, and also the high price of land, that has resulted in this church having to resort to renting part of a ramshackle apartment block. 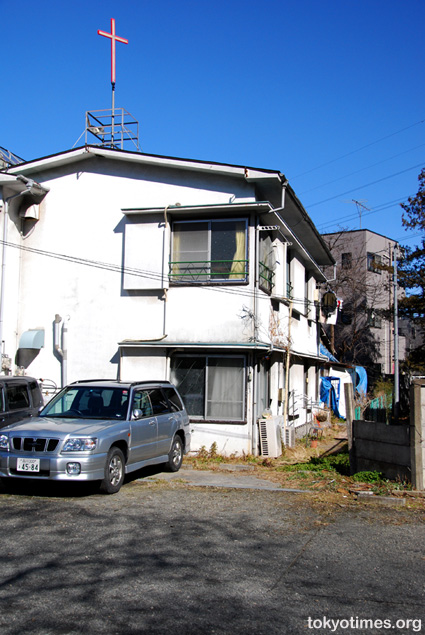 A situation that means other tenants will be in the highly unusual position of being woken through the wafer thin walls on a Sunday by the neighbours hammering away at a hymn rather than a hump. 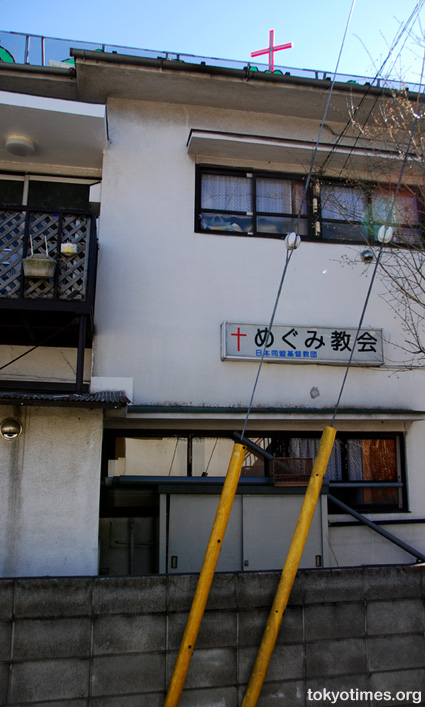