Times change, and in many countries, manufacturing jobs both big and small have long since been outsourced. In Tokyo, however, it’s still relatively easy to find tiny workshops producing the likes of engine components, buckles etc. Plus now and again niche items that are made in much smaller numbers. Like the ornamental extras for temples and shrines that the man photographed below dutifully makes.

Similar to the vast majority of such places, his workshop is located on the ground floor of the family home. A throwback to the post-war years when Tokyo was being rapidly rebuilt after fire bombing destroyed massive chunks of the city. And in the capital’s older neighbourhoods in particular, such businesses were an integral part of their revival.

Needless to say, the numbers now aren’t anything near what they once were. And those that do still exit are invariably run by men well past regular retirement age. But even in this diminished capacity, the work continues. Seven days a week too for the fella in the photo.

Almost 70, he is apparently one of the few people left in his long since chosen trade, making demand relatively high. But with a sick wife to care for, his working hours are restricted to the time she’s in daycare or sleeping; hence the aforementioned work dominated week. So the unrelenting production goes on. And all in the same cluttered space as the past 40-plus years. 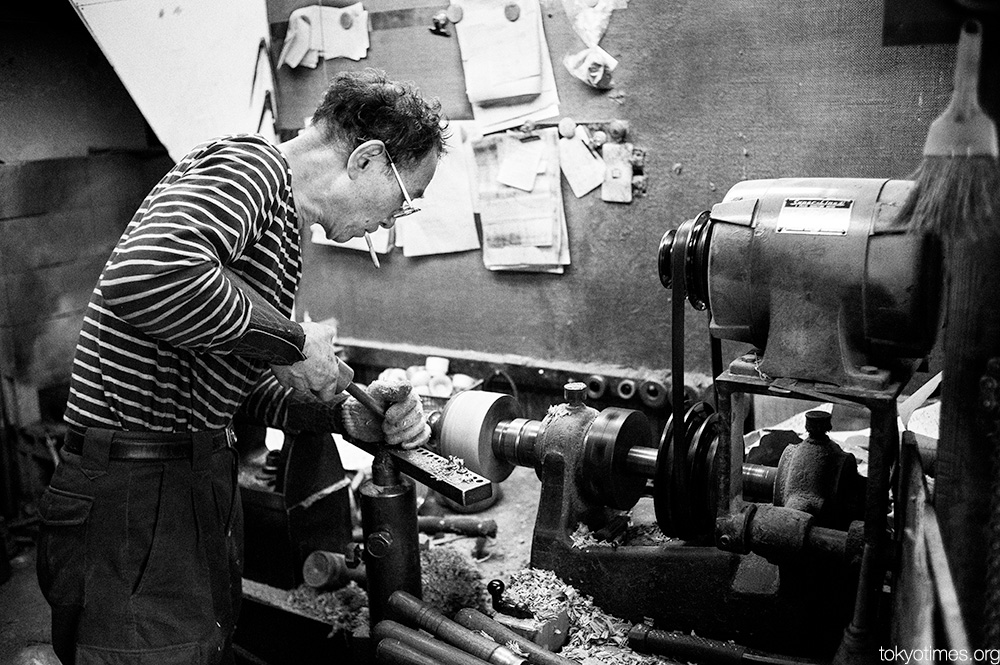