Tokyo is generally depicted as a very clean, orderly city, and in many ways it is. In fact even when there’s apparent chaos, it’s invariably of the organised variety. Cleanliness-wise, however, it’s a decidedly mixed bag, and perhaps surprisingly there’s also a fair bit of graffiti and (really quite good) urban art about, particularly in certain parts of the city. Like this narrow stairwell in Shibuya, where there are depictions of chimpanzees brandishing guns. 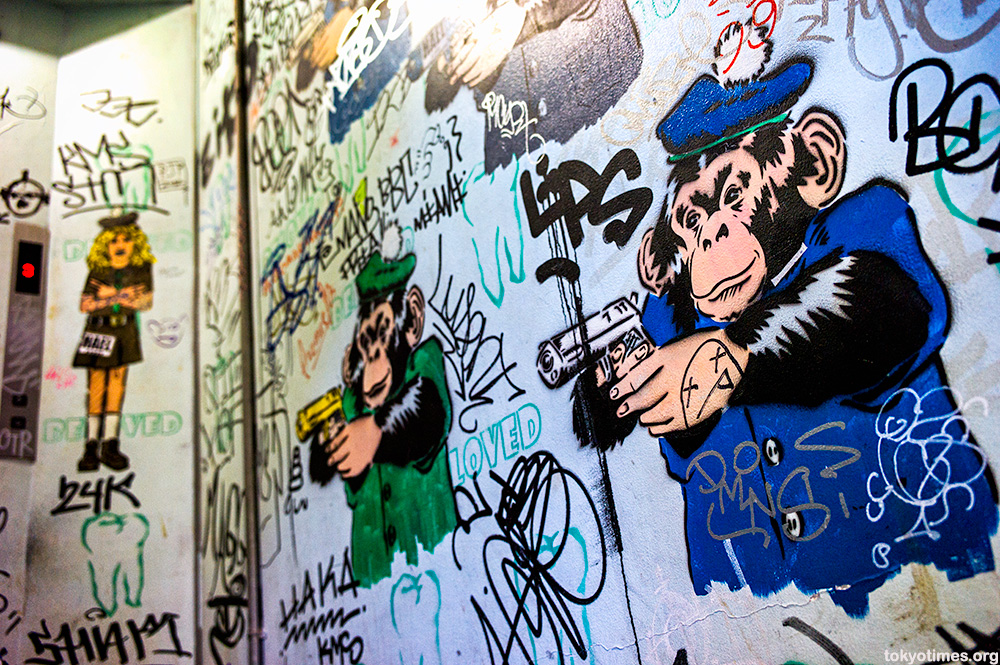 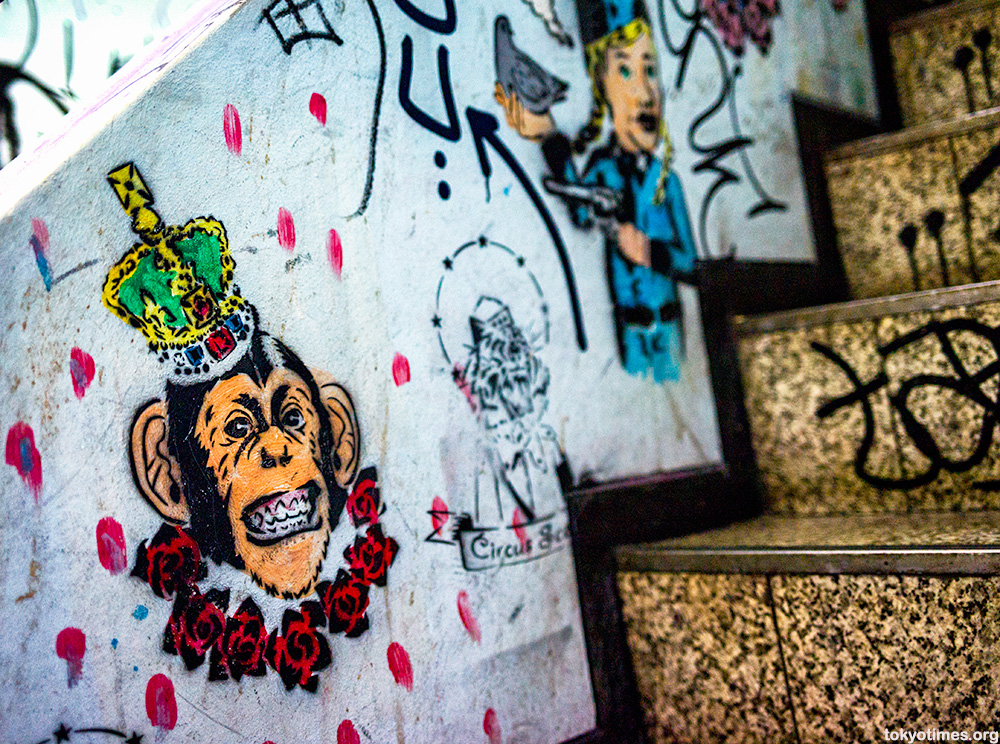 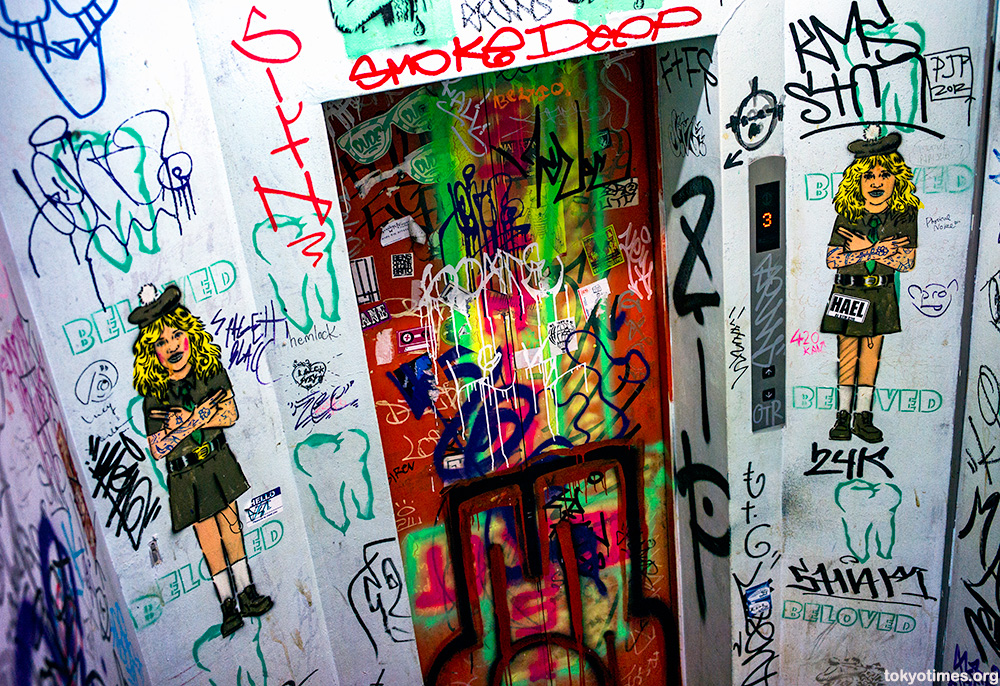 And figures exposing the female form. 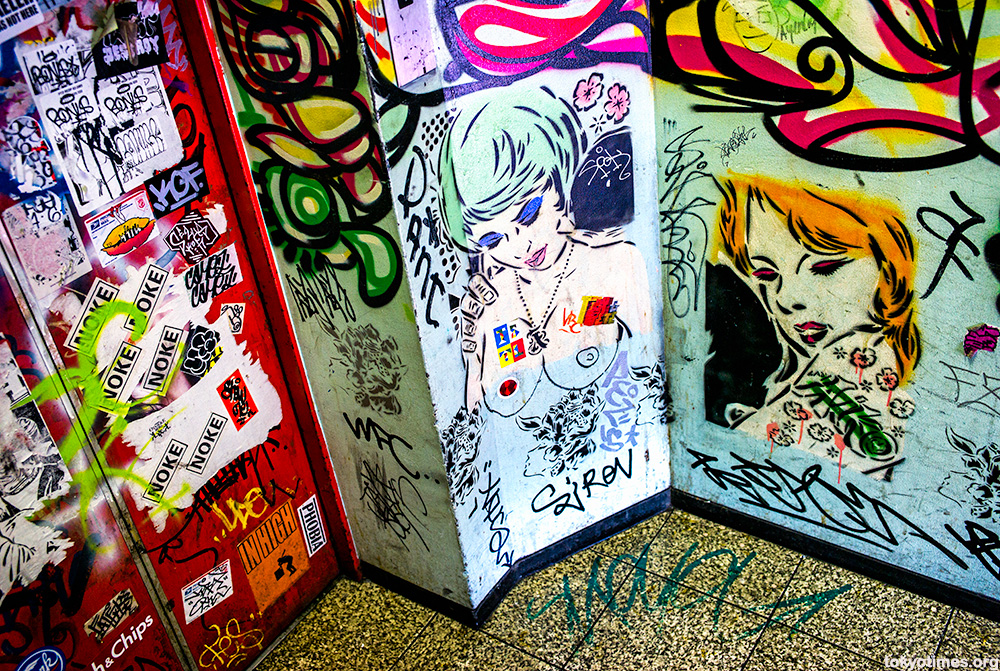