French urban artist, Invader, recently visited Tokyo, and once again he left behind some of his distinctive creations — this time opting to mix things up a bit by appropriating some popular Japanese figures, such as Astro Boy and the commonly seen maneki-neko, or beckoning cat. But at the same time he hasn’t ditched the kind of work he is most known for, and indeed is named after.

In this instance it’s a somewhat wary looking space invader. One that’s temporarily managing to avoid the attentions of its hosts, but not those of the fellow alien photographing it. 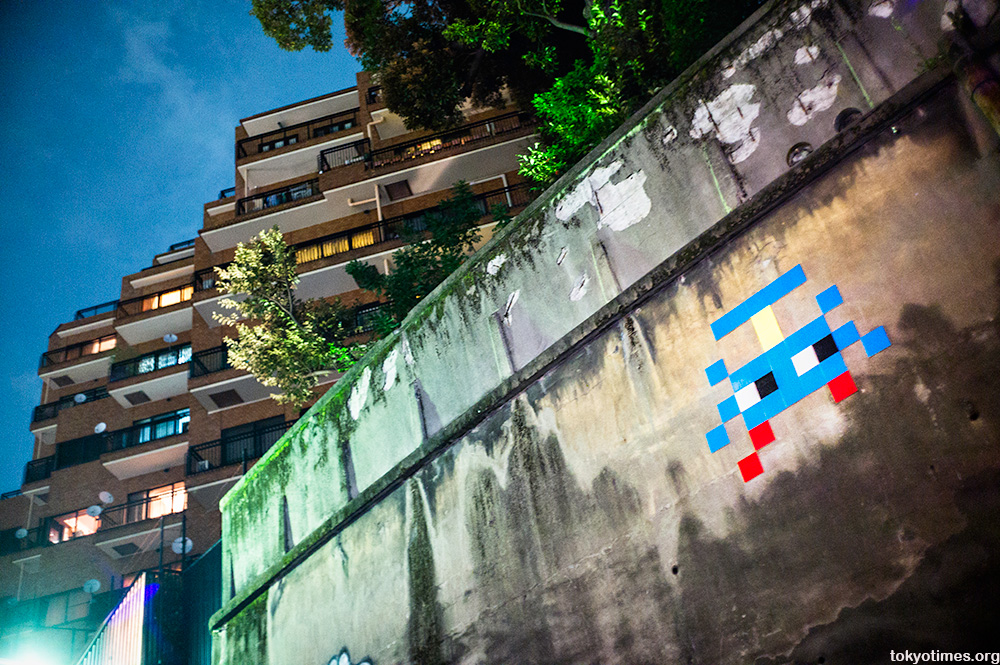