This week my wife would have celebrated her 44th birthday. The fact that Akiko isn’t here to do so is still hard to fully grasp, although that isn’t anywhere near as hard as day-to-day life without her. Feelings that aren’t going to change any time soon either, as it’s only a little over 3 months since she died. A period that has felt unreal, and at the same time all too real, as it’s simply impossible not to think about all the meals and conversations we should have enjoyed — not to mention all the similar times we will now never have. Constant, utterly uncontrollable thoughts of what was, and also what might have been. Thoughts that are currently more acute than ever, and yet thoughts that in a slightly more positive way brought me back to the photo below.

It’s an image that somehow seems to encapsulate the past and the present in one simple frame, creating a moment of hope and loss, memory and reality. It was also Akiko’s favourite photo of mine. One she helped create as well, as seeing my original edit, she immediately shook her head and said, “Nah, it has be in black and white”. She was absolutely right of course, as those previously mentioned elements only really work in monochrome — a collaborative approach that now makes the image even more special. Sadly we will never grow old together like the couple briefly captured, but we were lucky enough to be as content as they look, so as time goes on, those memories will hopefully make the present reality that little bit more manageable. 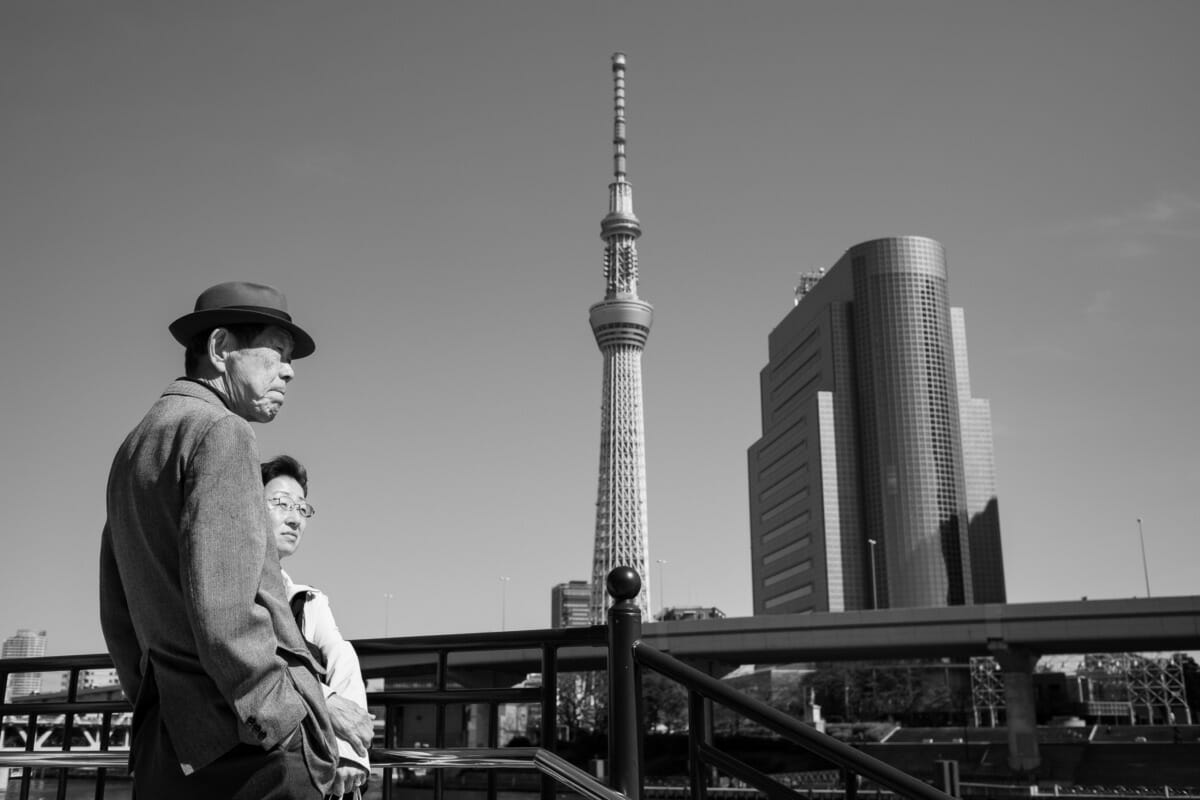