In a time when religion’s influence on politics seems to be ever more insidious, and extremism is undeniably on the rise, the Japanese indifference to such matters is refreshing to say the least. And yet despite such a distinctly pragmatic approach, superstition still abounds. A factor that for many people arguably plays a much bigger role in temple and shrine visits than any particular belief.

Then of course there is the fairly common sight of fortune tellers and palm readers plying their trade on the nation’s streets. Now how much people believe what they are told is impossible to say, but at 1,000 yen a go, it’s probably more than a simple bit of fun. But how much more is anybody’s guess, although it’s clearly enough to keep a sizeable number of people in work.

Speculation aside, however, this man was at least being told something interesting for his money. Good or bad it’s tough to say. True or not, much less so. 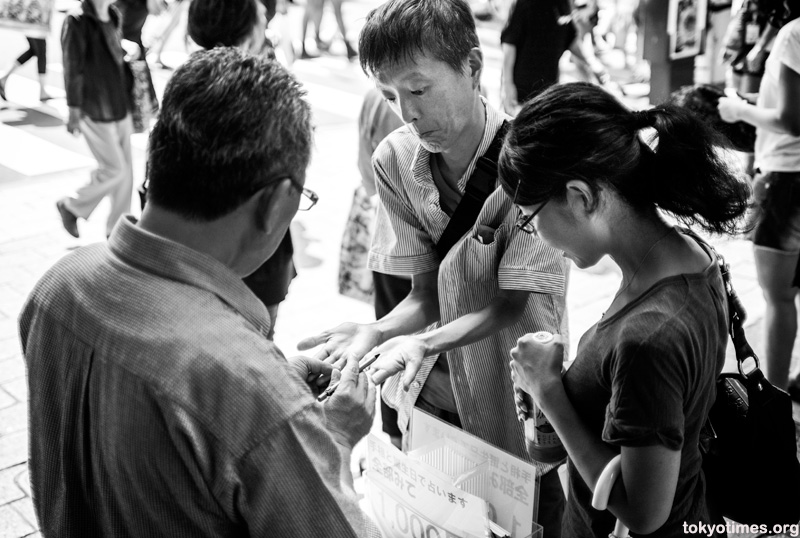