As Japan is now once again officially in recession, it could result in Tokyoites attempting to stoically tighten their brazenly branded belts, or instead see them simply head straight to the track, have a bet, and boldly say balls to it. 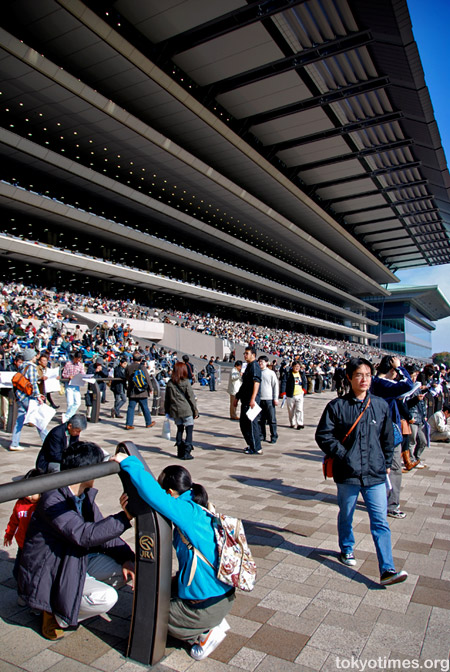 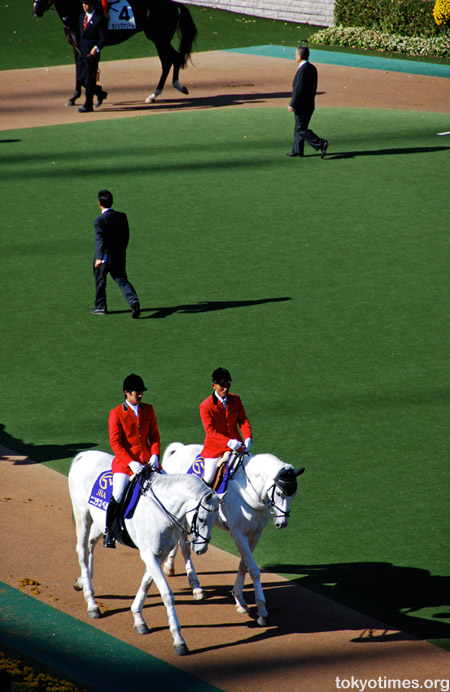 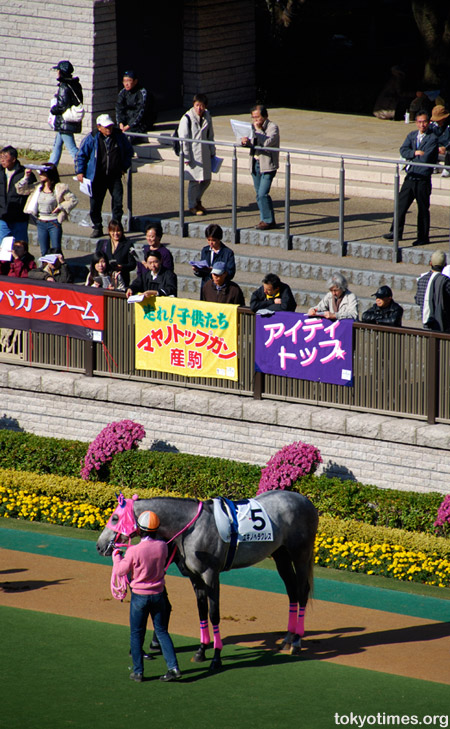 as well as pomp and pink. 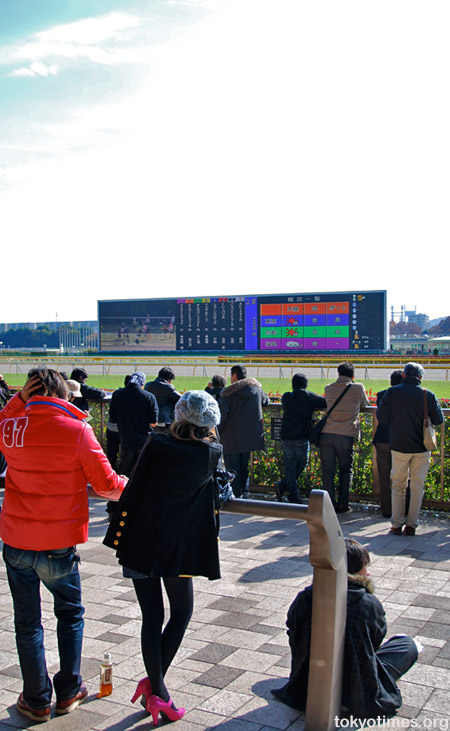 Those pinkest of shoes only outshone by the ostentatiousness of that TV, which, covering a size comparable to three tennis courts, makes it the biggest box in the world. 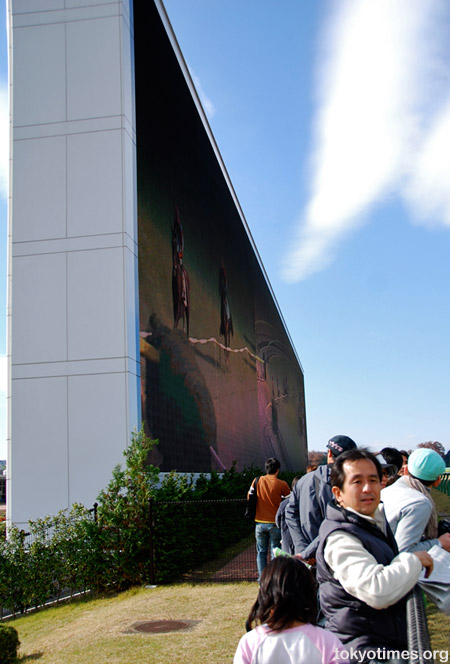 A breathtaking beast that can only be countered, at least in the colour stakes, by the silliness of the stadium staff’s suits. 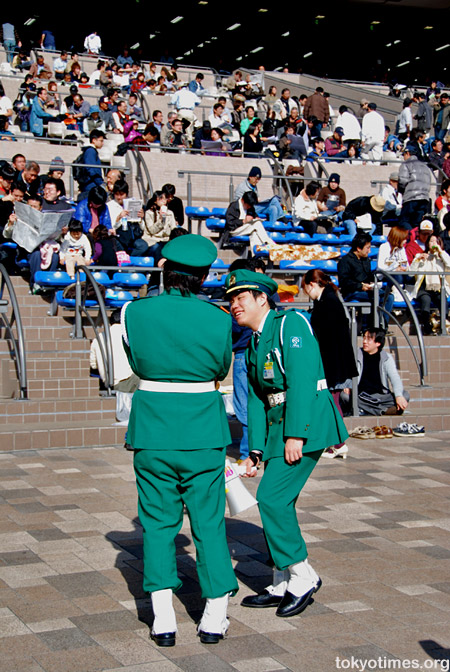 Decadent displays, as well as downturns, that this fantastically featured fella has presumably seen more than his fair share of, 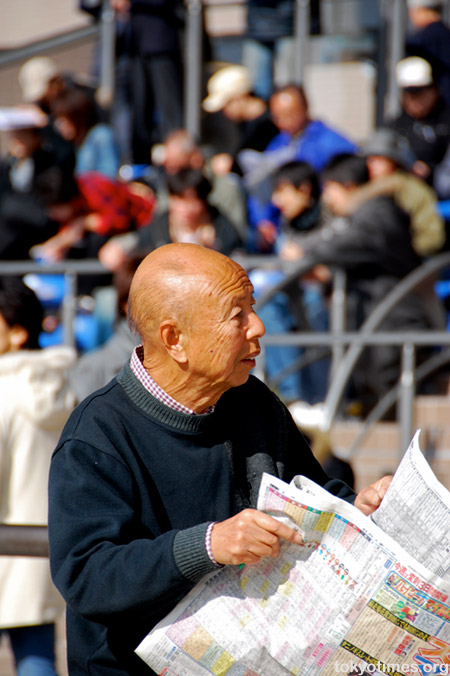 although it goes without saying that his wealth of winners may still be wanting.