When it comes to ways of whiling away the hours, Japanese kids aren’t exactly lacking in options: there are games galore, mountains of manga, plus more Hello Kitty merchandise than you could ever imagine — and then some.

Yet far from being put off by such competition, Japanese toy maker Bandai has bravely opted to carve out new niches rather than simply caving in to the competition — its new toilet-based toy undoubtedly treading previously uncharted territory.

A device that in a somewhat unorthodox manner flings rather than flushes faeces, making it both fun for children and ‘surprising’ as advertised. 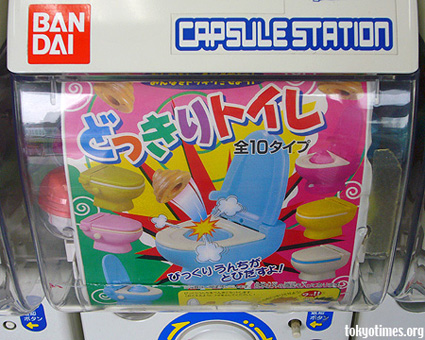 Thankfully rumours of a soon to be released full-sized version have purportedly been poo-pooed by Bandai. 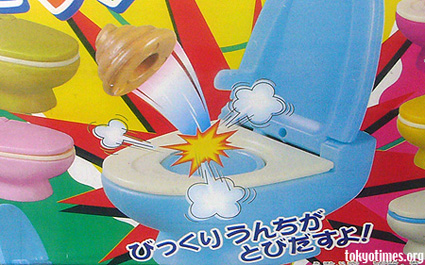