The mindbogglingly efficient nature of Tokyo’s train network is well known throughout the world, with millions of people moved from one place to another in a mesmerisingly monotonous manner. Its punctual nature perhaps only tarnished by the predominance of perverts who take advantage of commuter crammed carriages — a furtive feel here and there apparently fending of the boredom of a long journey. An issue that has been dealt with to a certain degree by women-only carriages, although incidents do still occur.

Even out of the city centre in Tokyo’s western suburbs, people are still whisked about like clockwork. And for those living a little too far from a train station, buses are generally a reasonable alternative — especially for the elderly — although their regularity can’t always be relied on. Like this bus to Hino station for example. 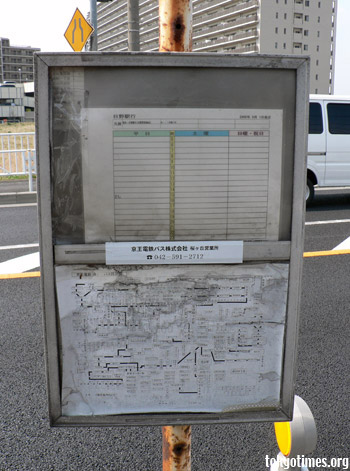 Leaving once a day at 3:21 p.m. (weekdays only), it doesn’t exactly offer the best of services, and pensioners hoping to pile on for a trip into town to play bingo and buy denture cream had better arrive early, as the route only offers a ‘little’ bus. 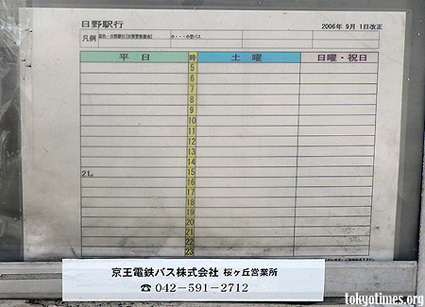