There are a humongous number of hostess bars in Japan, where stressed out salary men can go and have their egos (and maybe even more) massaged — provided of course they pay the generally far from piffling price.

Of late however, Japanese ladies appear to have decided that they too should fritter away vast sums of money on false affection, with host clubs increasing in both numbers and notoriety. The almost criminal amounts of cash some women spend on their favoured fella being a steady source of material for sensationalist TV shows and tabloids. 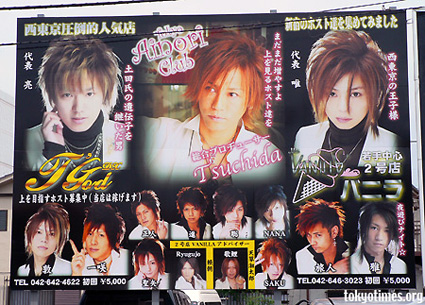 Yet these meticulously turned out and not especially masculine men are now increasingly branching out into other forms of entertainment, with a host from one Tokyo establishment forming Club Prince.

A hugely talented pop group that amply proves they are far more than just preening and pristinely plucked poseurs.