The typhoon that hit Tokyo on Thursday night/Friday morning definitely deposited a huge amount of water on to the Japanese capital, but for most people, delays or a drenching on the way home were about as bad as things got.

For many of the homeless living along the metropolis’ rivers on the other hand, it was a very different story altogether. 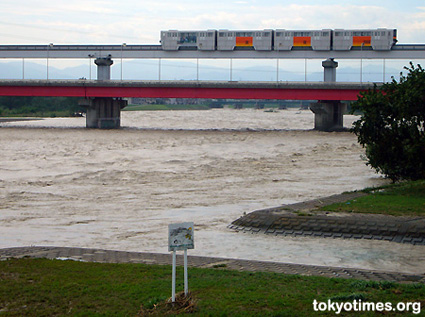 and a churning mass of fast-moving muddy water, 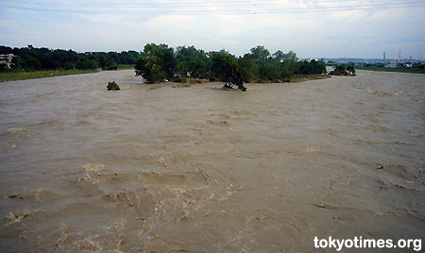 meant that the cleverly constructed but structurally suspect dwellings favoured by many of Japan’s homeless had little chance of survival. 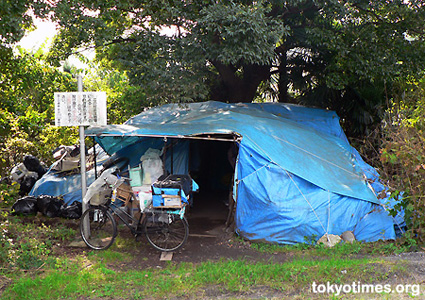 Not much remains of this man’s house, and what does is now useless. 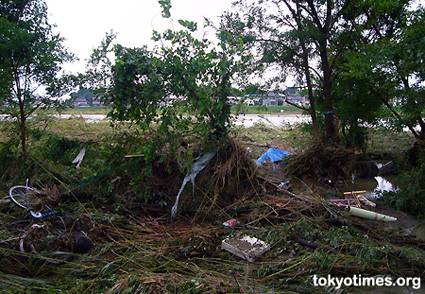 And whilst this home fared a bit better, it will have offered little in the way of protection for its inhabitant. 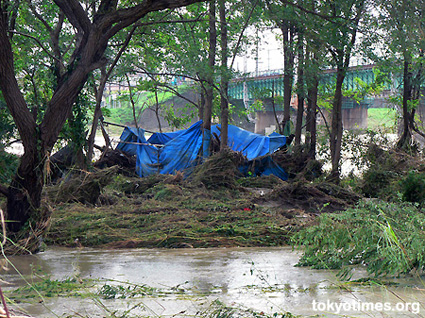 Yet even places built with sturdier stuff couldn’t resist the sheer power of the water. 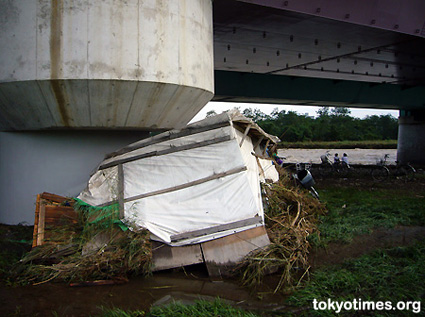 And although the owner of this particular place was plotting his next move from the safety of the riverbank nearby, how many of the others got on is anybody’s guess. 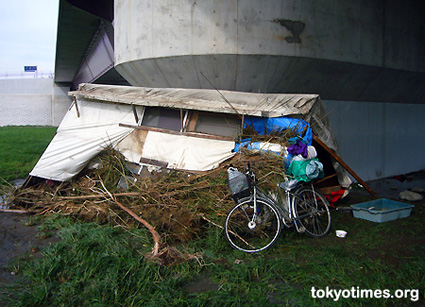