Walking around in the park
Should feel better than work:
The lake, the sunshine,
The grass to lie on,

Blurred playground noises
Beyond black-stockinged nurses –
Not a bad place to be.
Yet it doesn’t suit me.

Being one of the men
You meet of an afternoon:
Palsied old step-takers,
Hare-eyed clerks with the jitters,

Waxed-fleshed out-patients
Still vague from accidents,
And characters in long coats
Deep in the litter-baskets –

All dodging the toad work
By being stupid or weak.
Think of being them!

At least that’s what Philip Larkin wrote in his poem, Toads Revisited — the rest of which can be read here. A piece of work that despite being produced in the English city of Hull, in 1962, still makes total sense today. Even in Tokyo. In 2013.

But deciding whether it actually rings true or not, is still very much up for debate. Just like it was then. And no doubt will be in the future. 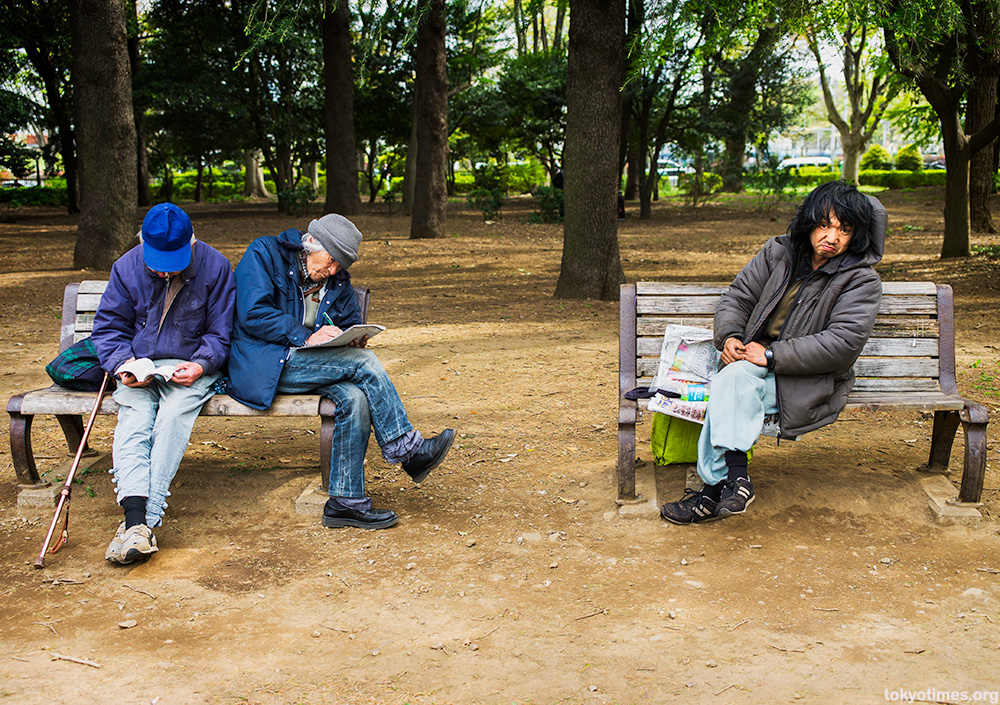