Admittedly Tokyo Tower is more Blackpool than Eiffel, but there’s no denying that if nothing else it does add a dash of colour to an otherwise grey cityscape. 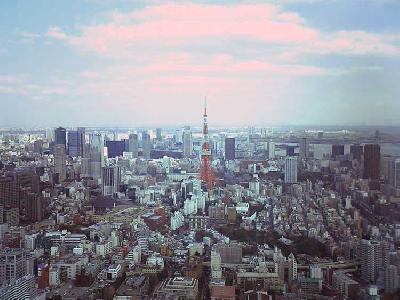 But the red and white landmark has ceased to dominate the skyline, as the monument to money and materialism that is Roppongi Hills has brashly swatted it aside. 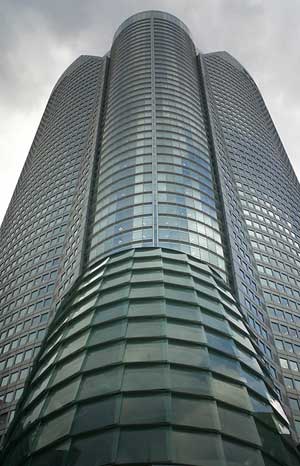 Yet as easy as it is to criticize, the (relatively) new tower does offer a fantastic 360 degree view of the city. As I’ve tried to prove with that poorly-taken-yet-arguably-still-impressive shot of Tokyo Tower.