Whatever the medium, there’s an element of the geek in most of us. And personally, be it gadgetry, good music, or games, I’m well ensconced in the orbit of the otaku.

But then there are geeks, and there are geeks. Take 43-year-old Hirohiko Yokomi for example. His passion for trains (always suspect at the best of times) has resulted in him visiting every train station in the country. And with Japan’s extensive network, that works out at a whopping 9,843 stops.

It turns out that Yokomi-san’s locomotive love goes back to his childhood, as he enjoyed a view of the same train line from both his home and school. As he got older this interest steadily spiraled out of control, and progressed to memorizing station names, visiting famous stations, and of course spotting as many different trains as possible. 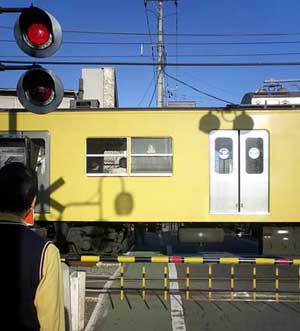 This passion however never abated in the slightest, and after (perhaps predictably) finding himself without a regular job, Yokomi hit upon the idea of visiting every station operated by Japan Railways (JR). A challenge not to be taken lightly, as it means getting off at 4,635 stations. But our man wasn’t in the least bit intimated, and starting in February 1992, he didn’t complete his grueling task until October 1995.

But rather than this arduous journey diminishing his passion, Yokohomi was merely spurred on, and he eventually took the extraordinary decision of visiting all the other stations run by private operators. And on February 20th this year, he proudly disembarked to a cheering crowd of around 80 people at Jyoshu-Fukushima station in Gunma Prefecture. Notching up the unsurpassable figure of 9,843. 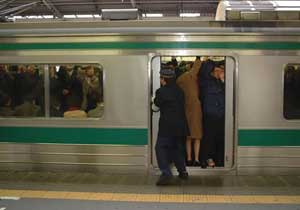 But as hard as the journey was, it wasn’t all tedious travel and desolate local stations. No, far from it. Once Yokomi found a wallet containing 100,000 yen (500 pound). Although regrettably turning it over to the police caused a major interruption in his precisely planned schedule. And another time he was actually reported to the police himself, as a station employee found his sketching of the station decidedly suspicious. 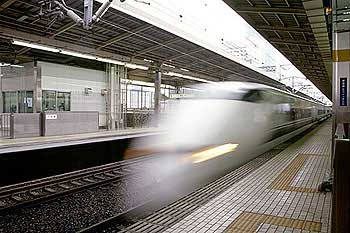 For Yokomo-san however the whole thing was simply a labour of love. As â€œworking out an efficient schedule is fun, like solving a puzzle.â€ And perhaps most telling of all, â€œI like the excitement of getting off at an unfamiliar station. When I’m the only passenger getting off the train and nobody is at the station, I feel special.â€