In a first for Tokyo Times, this idyllic interlude is actually topical, with it currently being Golden Week in Japan; a collection of national holidays crammed together to give the nation’s soldiering salary men a reasonably lengthy rest. But this being Japan, the days off definitely don’t work like dog years. Quite the opposite in fact, as the week-long holiday is actually only 3 weekdays – Tuesday and Wednesday having rather ridiculously been reverted to regular working days.

However regardless of the method behind such madness, tomorrow is Boys’ Day, which is designed to celebrate the health and well being of young males, with many people honouring the event by hanging out a few Koinobori like the ones below. 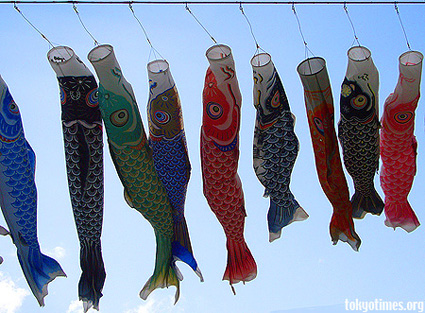 Instead of just sticking to a few though, some people in Sagamihara, Kanagawa Prefecture, have far more fluttering in the breeze. 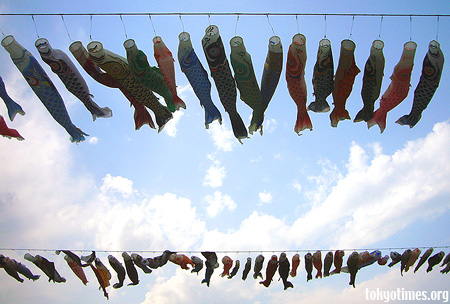 A Whopping 1,200 in fact, the majority of them apparently donated by people who perhaps due to a lack of space couldn’t otherwise display them. 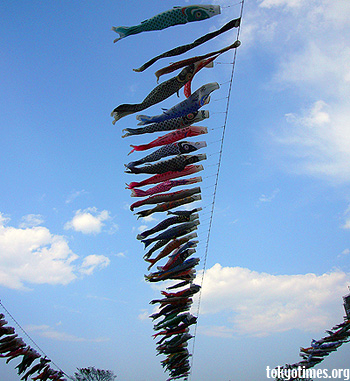 Which would suggest that apartment balconies are lacking in space almost as much as salary men are in regards to successive days off. 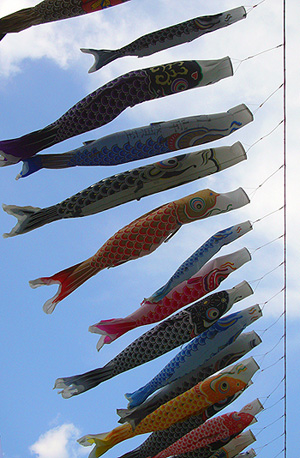