Dotted liberally all over the land, Jizo are arguably the most discernible of Japanese deities. And, at the same time, have maybe the most miserable of meanings:

Traditionally, he is seen as the guardian of children, particularly children who died before their parents. JizÅ statues are sometimes accompanied by a little pile of stones and pebbles, put there by people in the hope that it would shorten the time children have to suffer in the underworld. The statues can sometimes be seen wearing tiny children’s clothing or bibs, or with toys, put there by grieving parents to help their lost ones and hoping that JizÅ would specially protect them. Sometimes the offerings are put there by parents to thank JizÅ for saving their children from a serious illness.

However, as well as being sorrowful, 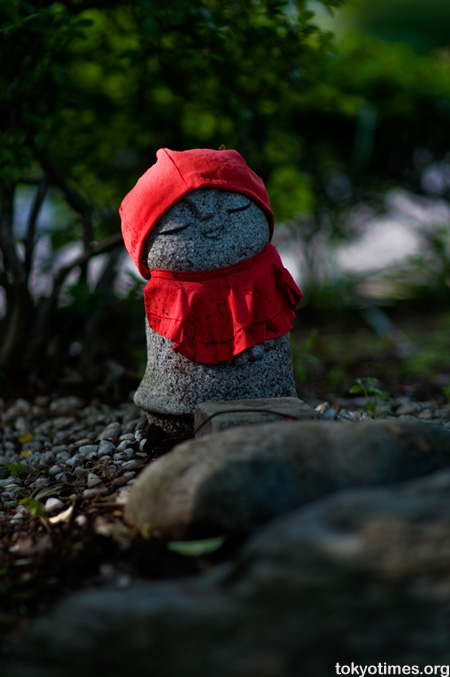 they can be strangely soothing. 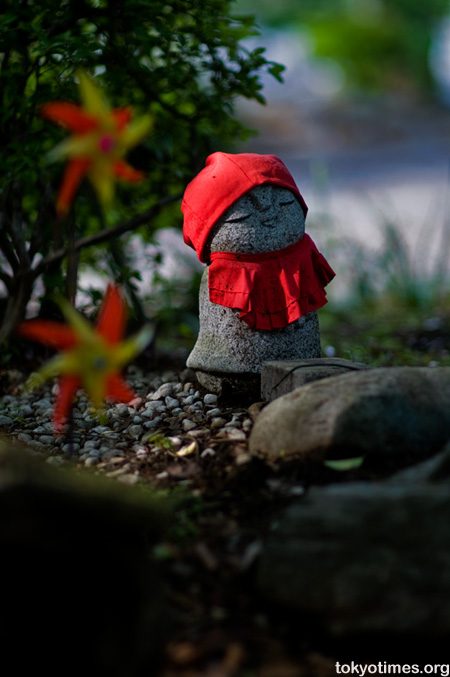