Tokyo’s modern and often horrendously busy train stations are marvels of both design and staff dedication. Structures that are beautifully efficient, and efficiently brutal.

Move out of the city, however, and the experience can be a very different one. In Hokkaido, for example, there is the calming quiet of passenger-less stations, along with the decaying beauty of long-abandoned lines. Plus, out in Niigata, there is Tsutsuishi, which must surely be Japan’s most dystopian train station. 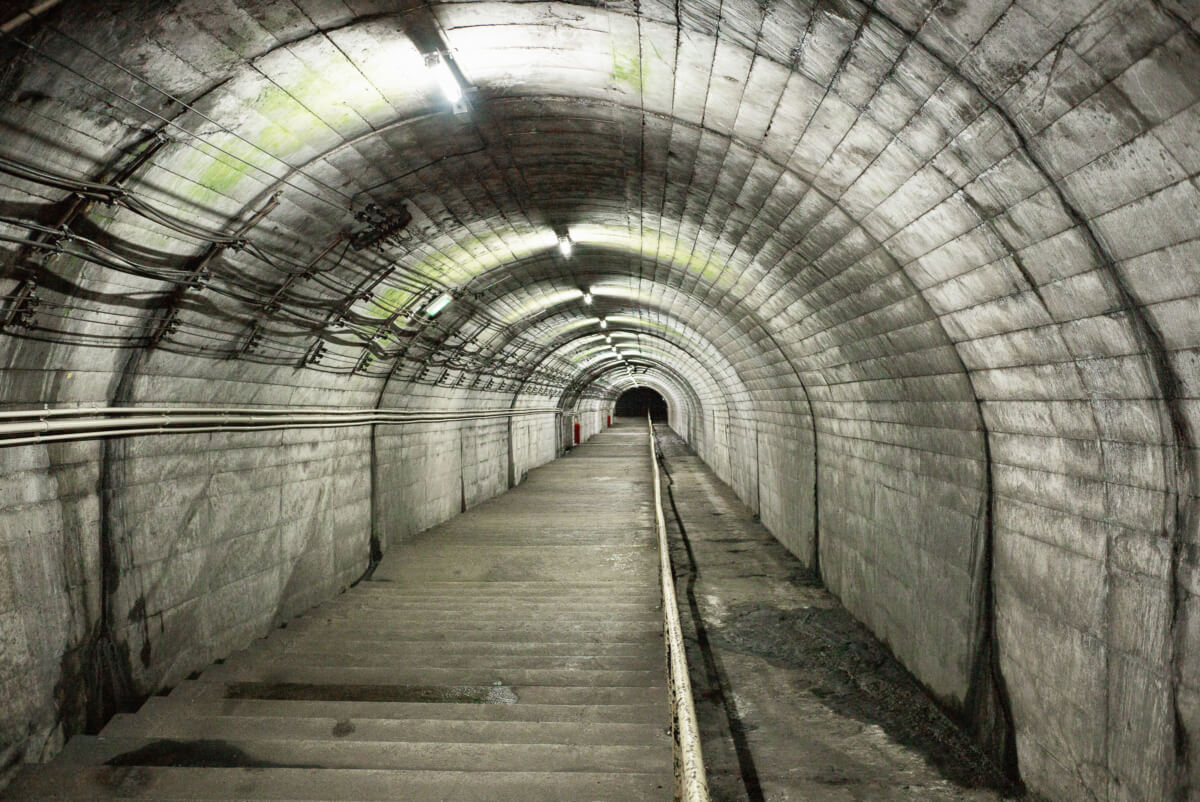 First built in 1912, it was originally above ground, but all that changed when the new station opened in 1969. Now it’s 40 metres below the surface, and the only way to access the 2 platforms is by navigating several damp tunnels and their 290 steps. A trek Tsutsuishi’s 25 or so daily passengers have to make without any aid whatsoever, as there are no lifts or escalators. 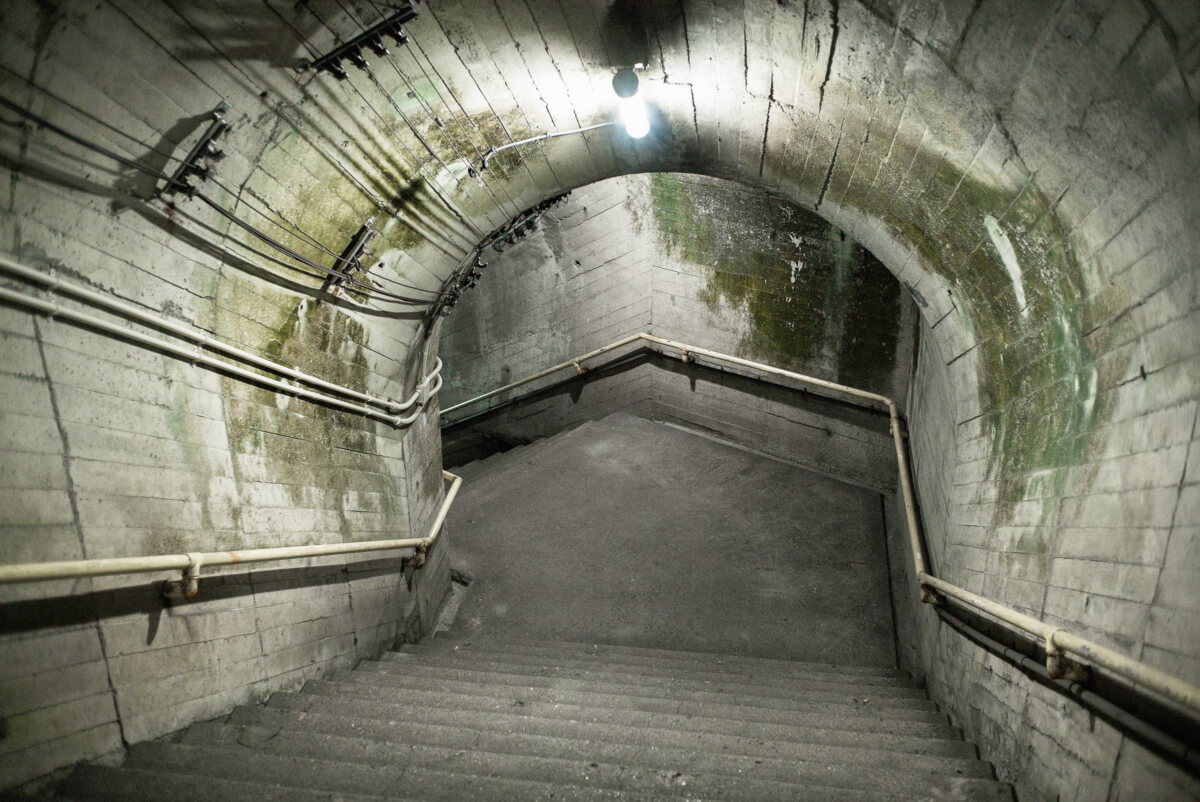 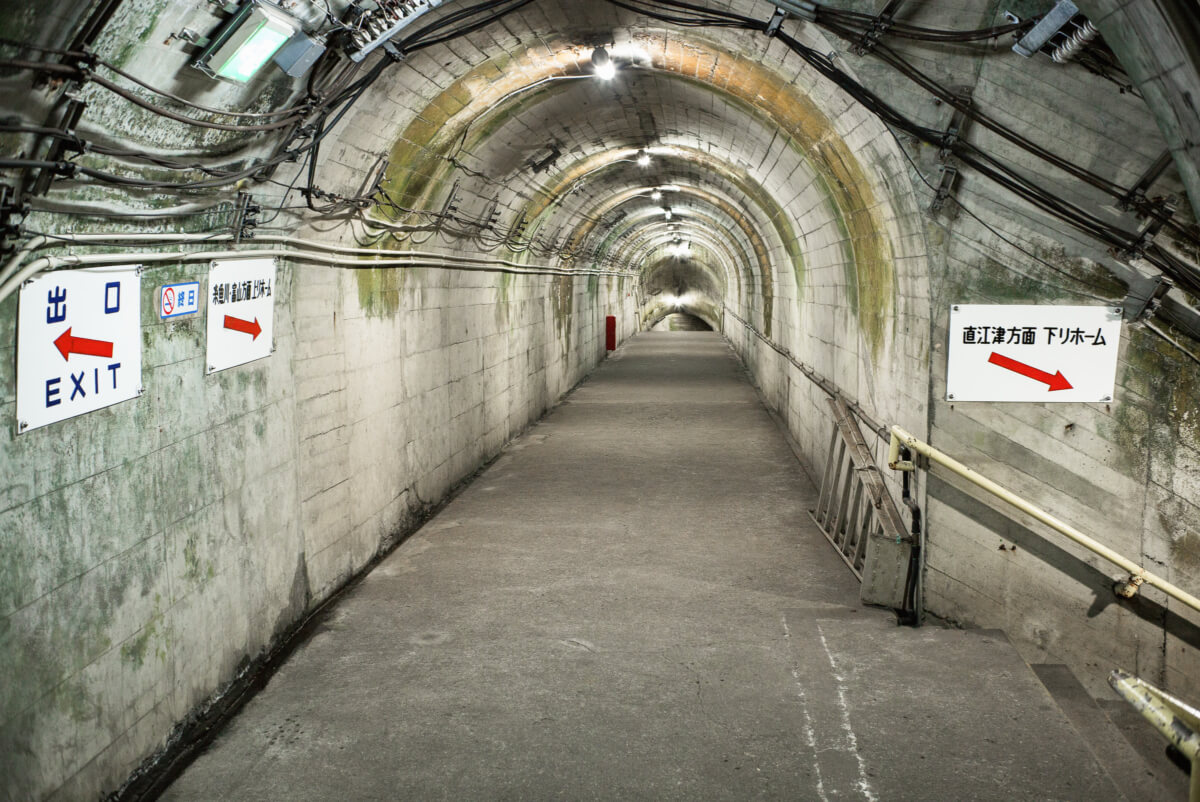 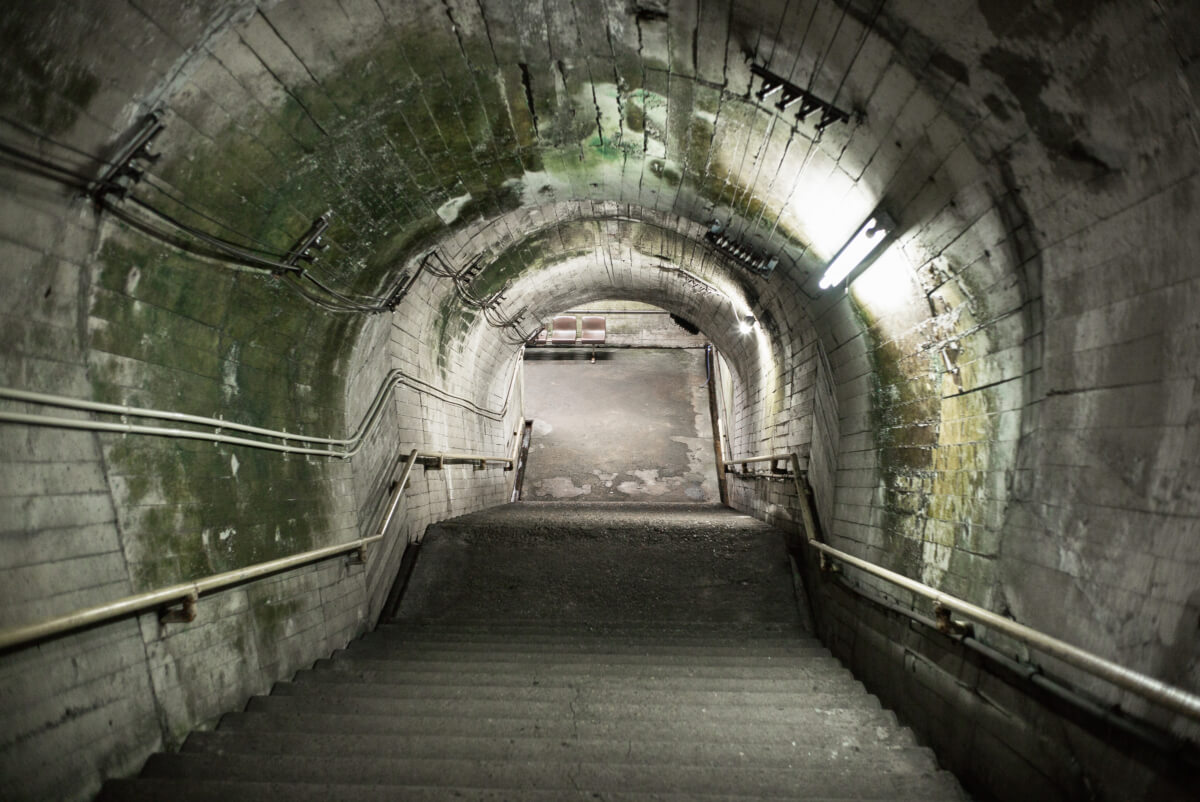 But once down at platform level, there are at least a couple of waiting rooms. 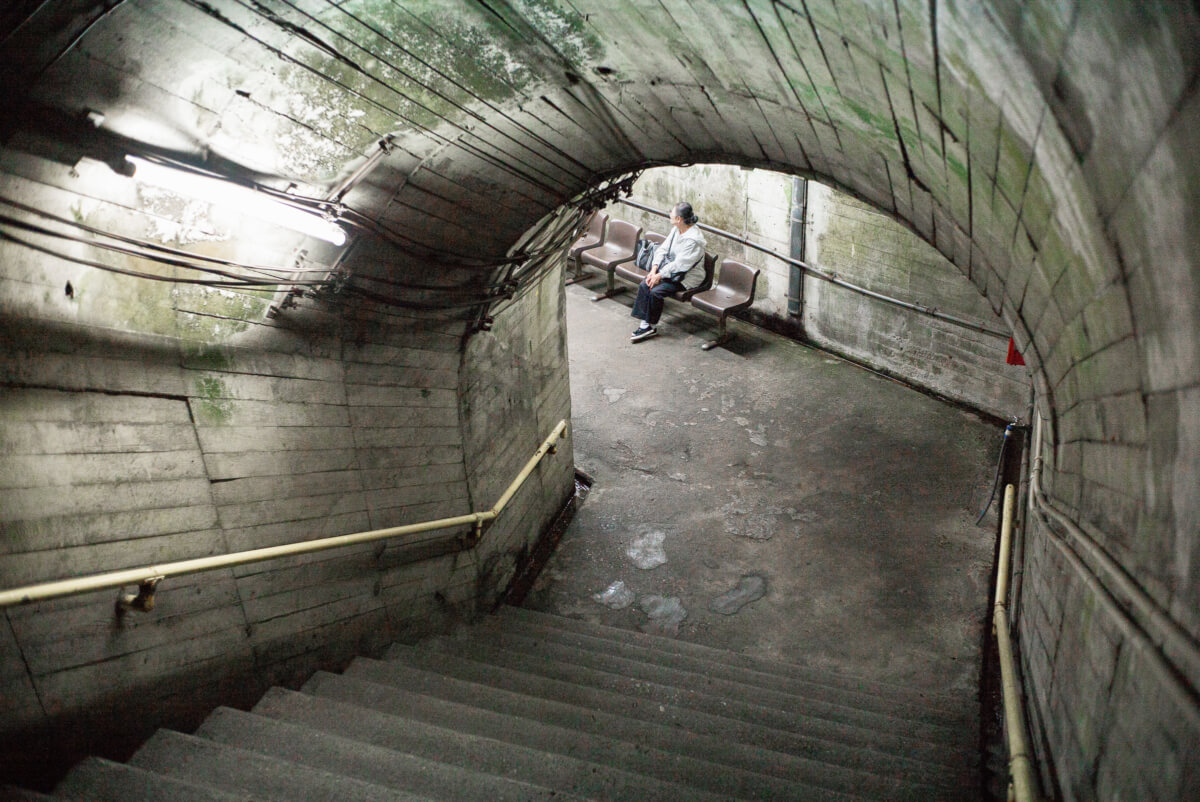 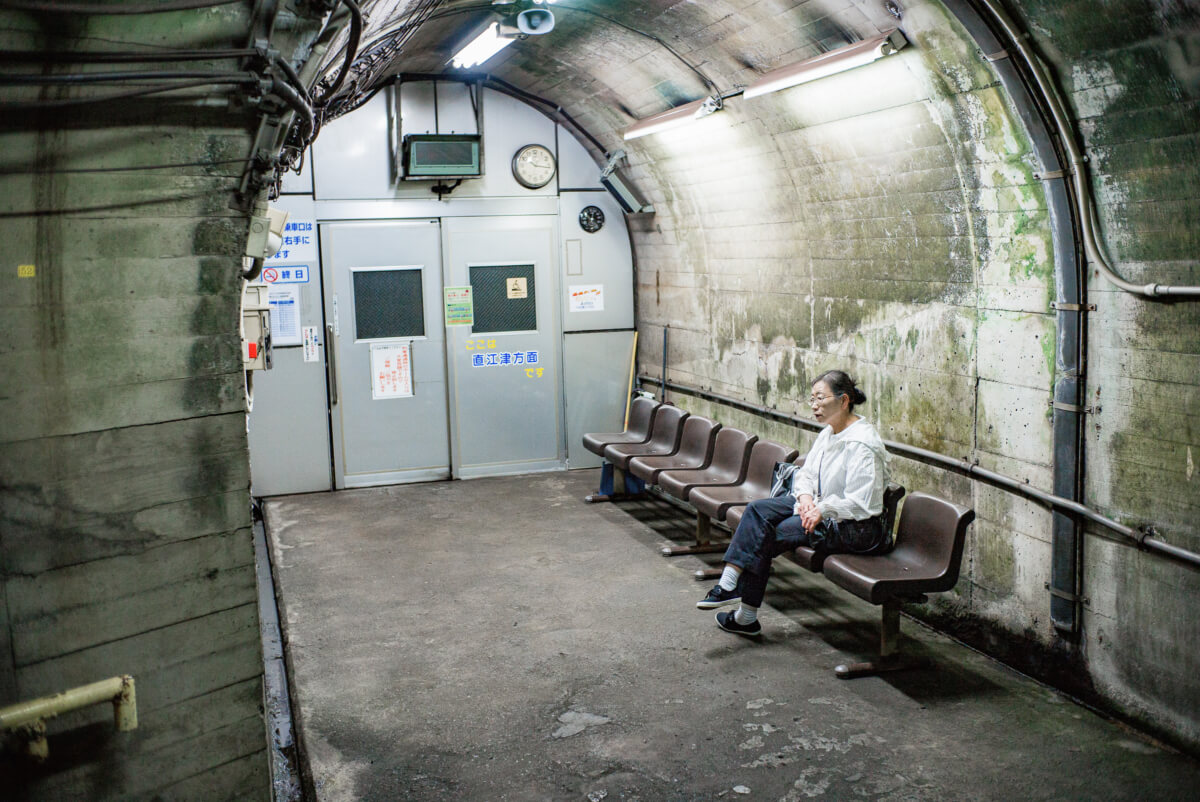 Wonderfully bleak and oddly eerie spaces, they are made more unusual by the station’s jarring announcements.

Even on a hot, June day, these stark waiting areas were decidedly chilly, so what the temperatures must be like during the region’s long, bitterly cold winters really doesn’t bear thinking about. And if that wasn’t enough, the air pressure created by passing trains can cause hurricane-like winds — hence the metal doors. 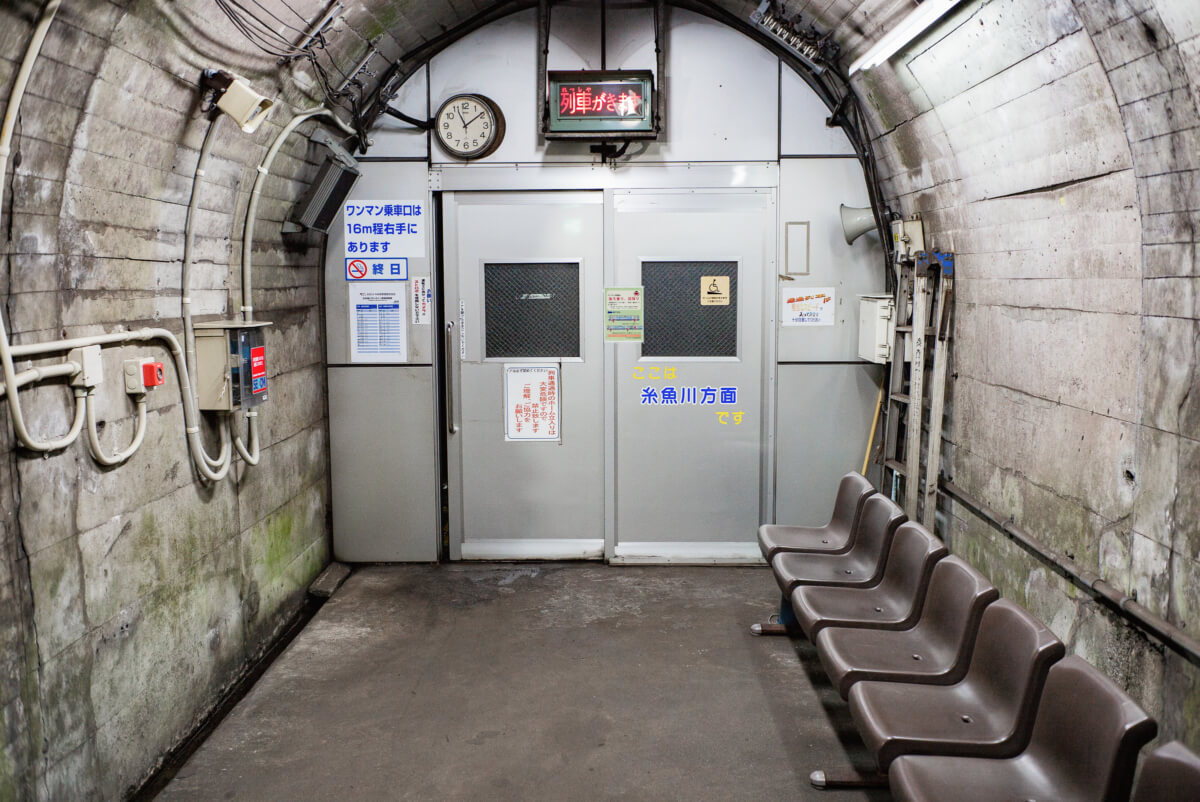 So, needless to say, being out on the platform isn’t any better. It’s darker, colder, and the sense of being somewhere almost prison-like is inescapable. 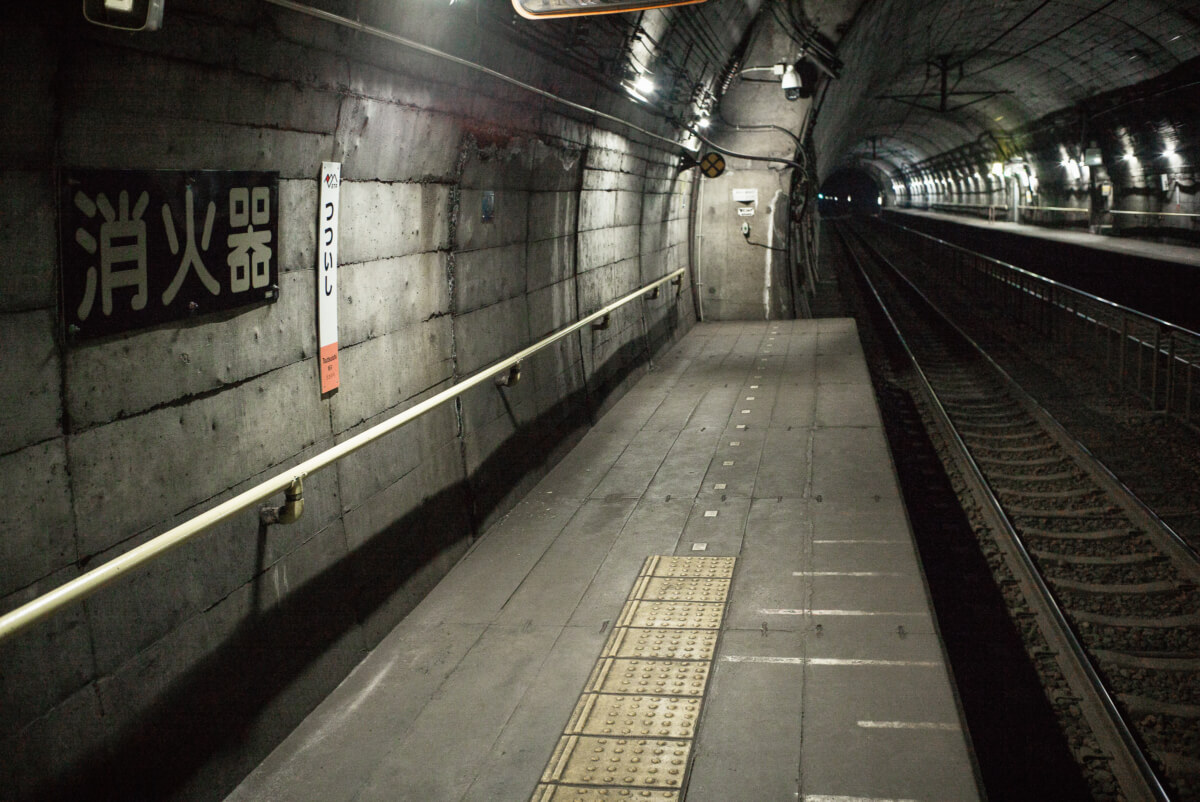 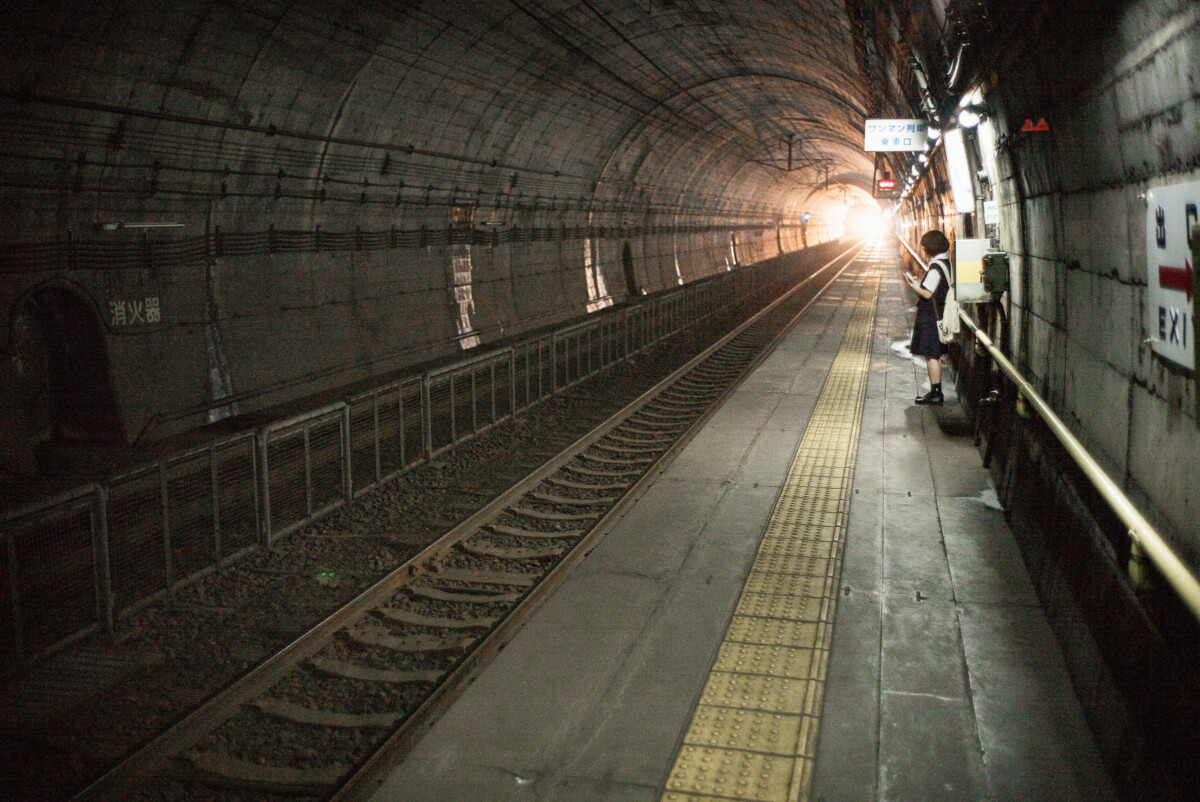 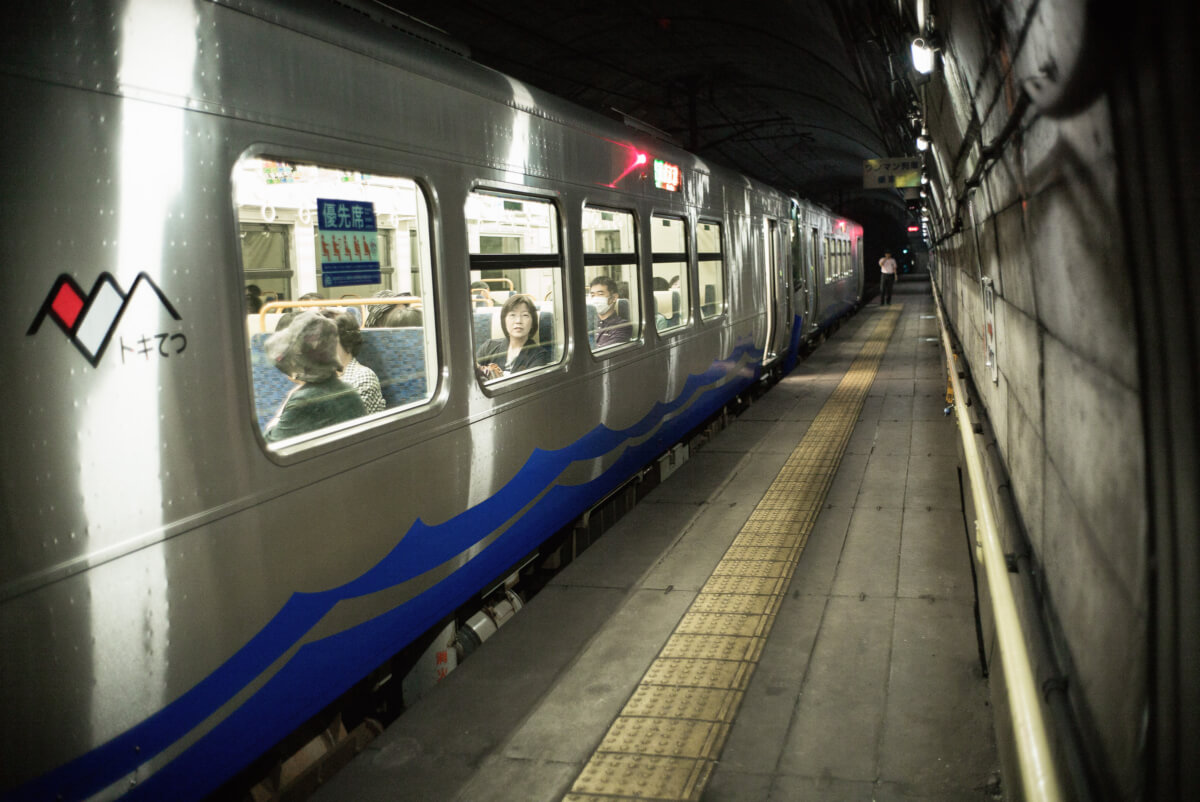 But it’s nothing of the sort of course. Rather, it’s a unique, genuinely interesting complex. One so fascinating to explore in fact, that returning to the surface was somewhat disappointing. 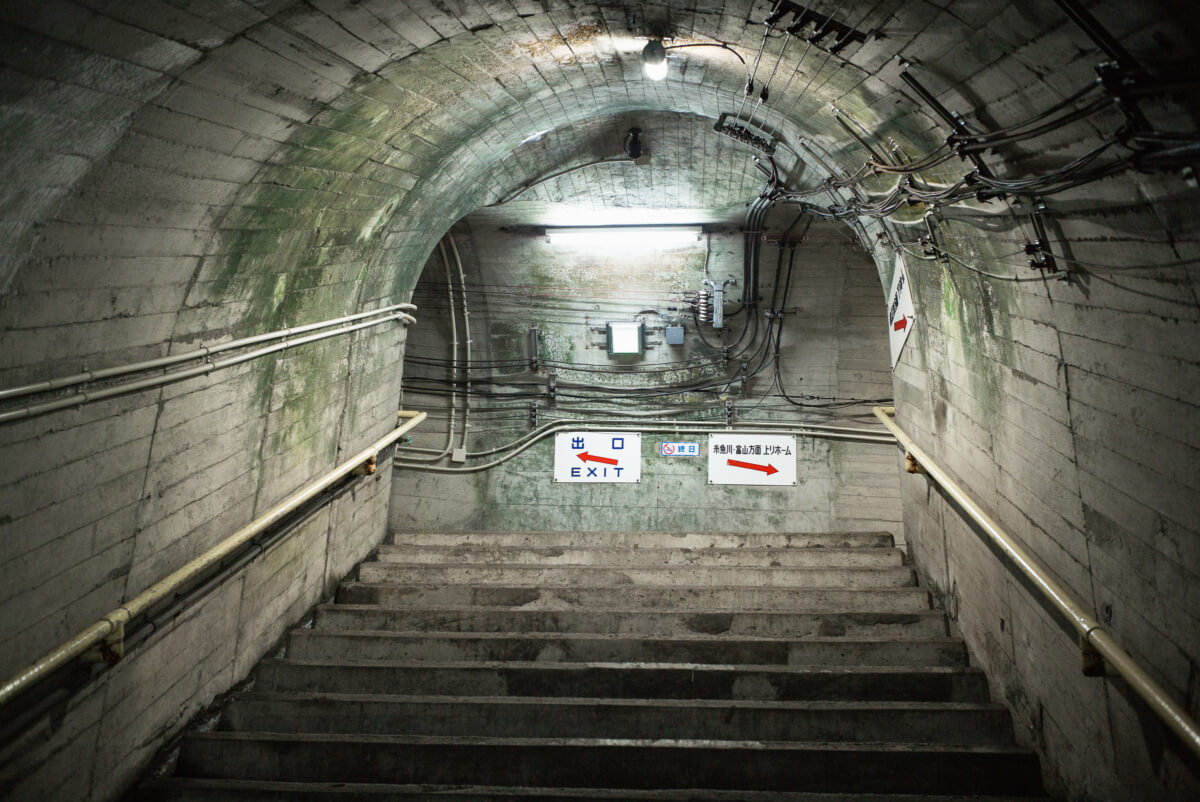 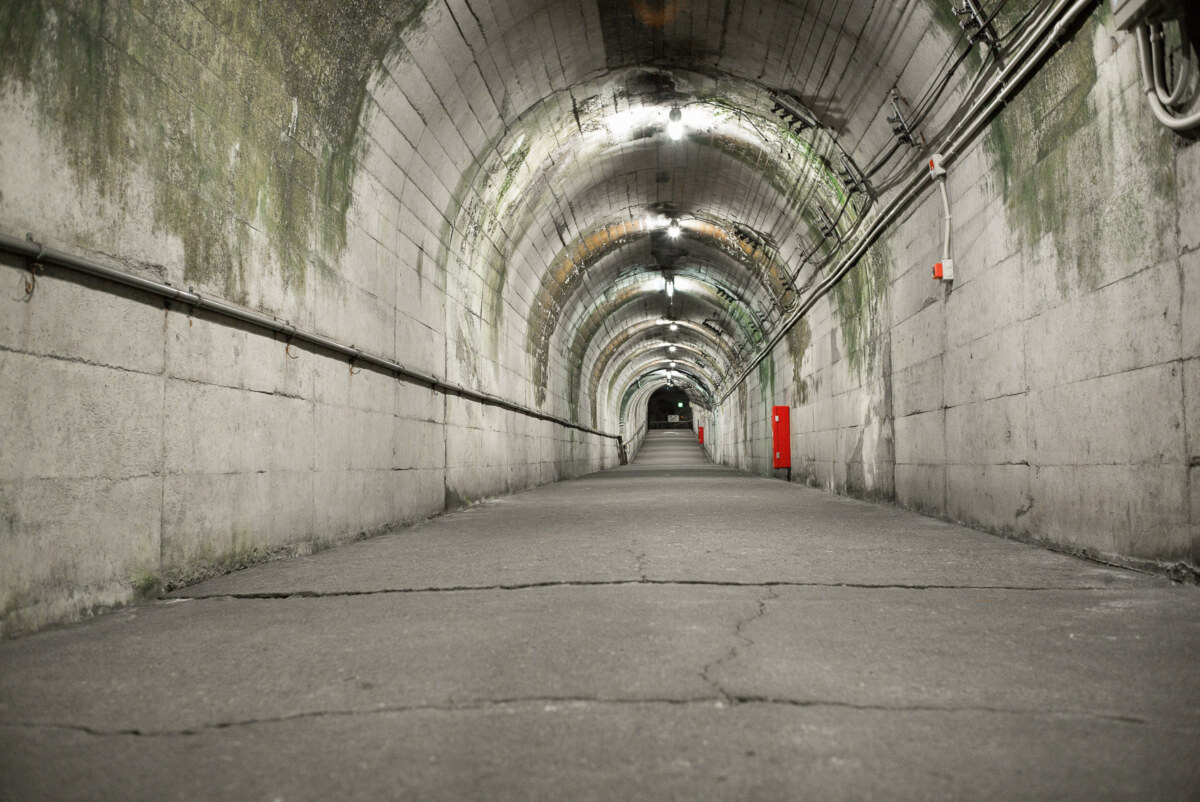 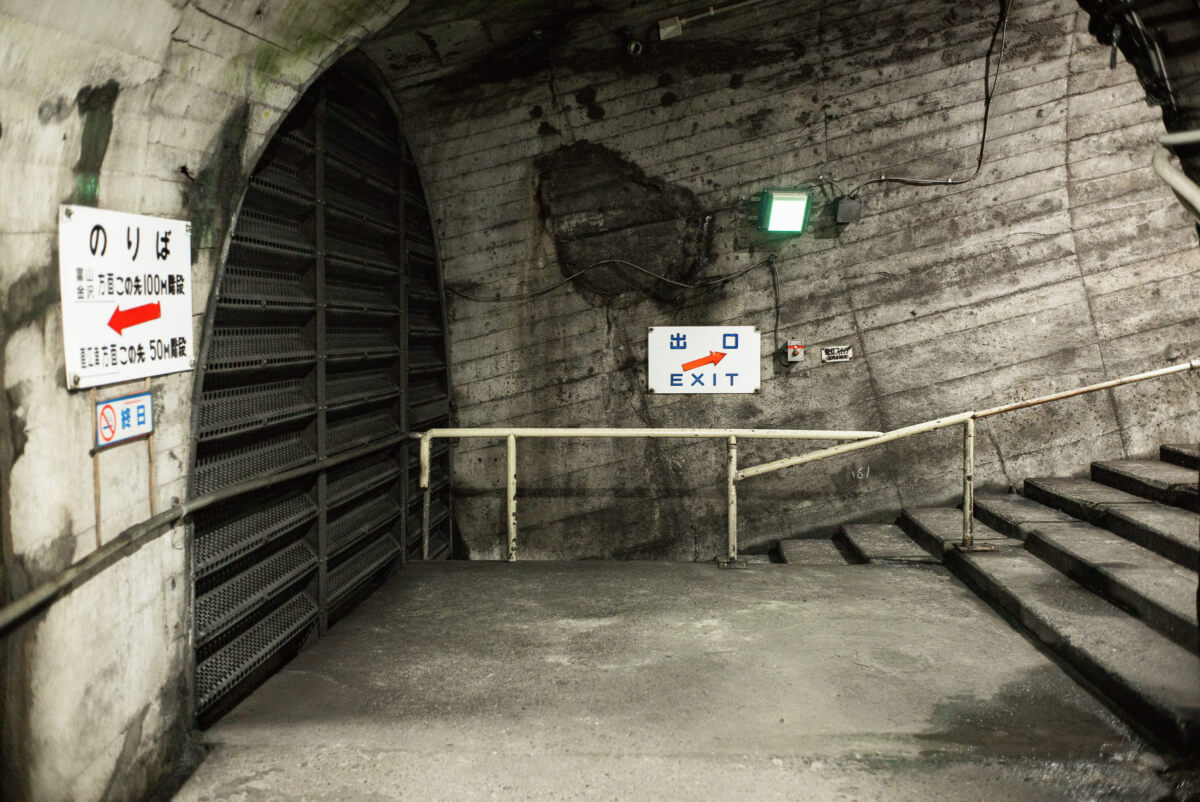 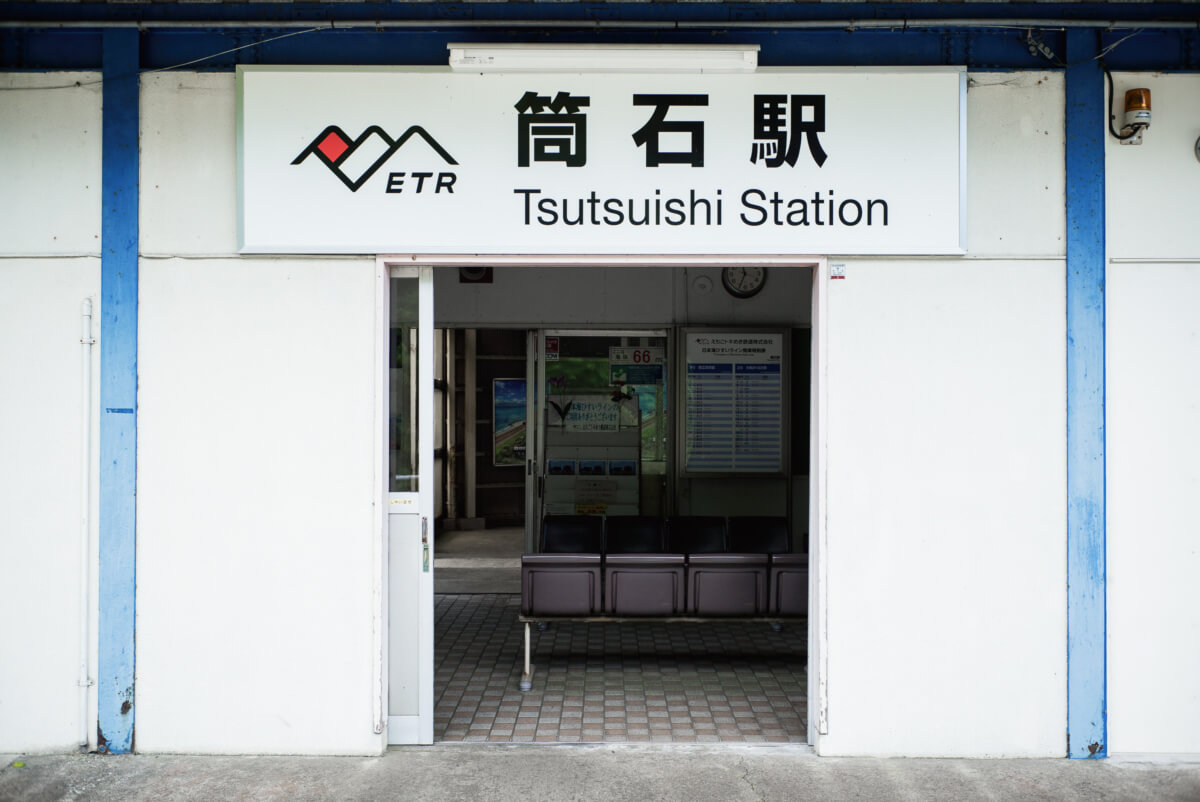 The full set of these photos can be seen at my portfolio site, here: https://leechapman.photos/the-dystopian.