When Typhoon Roke — or plain old No. 15 as it’s also known — indifferently passed through Tokyo yesterday, there was no denying it brought some wet and especially windy conditions. And yet despite the howling and the horizontal rain, it was hard to appreciate just how strong a force it was. Or at least it was from the comforting shelter of an apartment complex.

However, having seen the staggering amount of debris scattered over the streets this morning, it’s clear that the winds Roke brought were very strong indeed. So powerful in fact that trees were uprooted all over the capital. 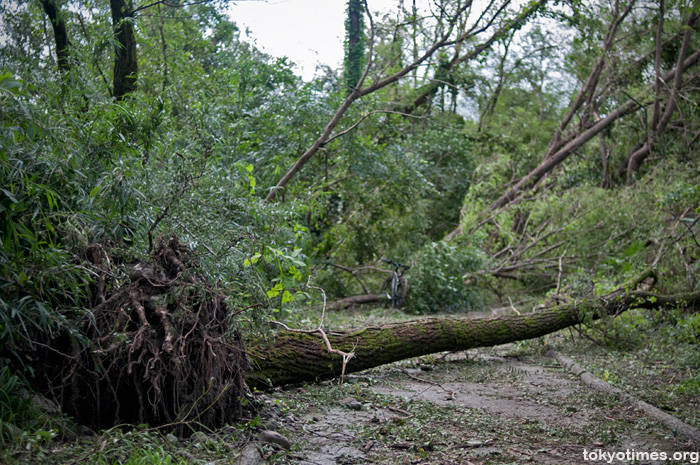 And old men, much to their dismay, were even forced to curtail their constitutional bike ride. 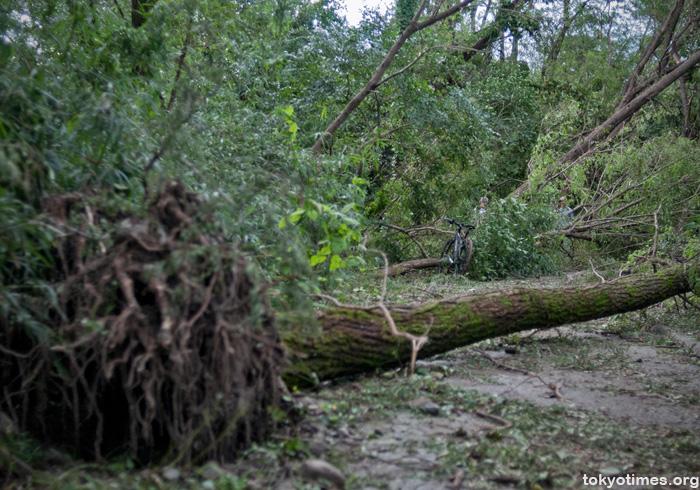