Towards the end of last week, the necessary evening blackouts meant a mass exodus from the city’s entertainment districts, as those living in the suburbs caught trains out of central Tokyo while they still could. In the afternoons, however, it was basically business as usual. And in Shibuya, that meant the standard fare of faux-tans. 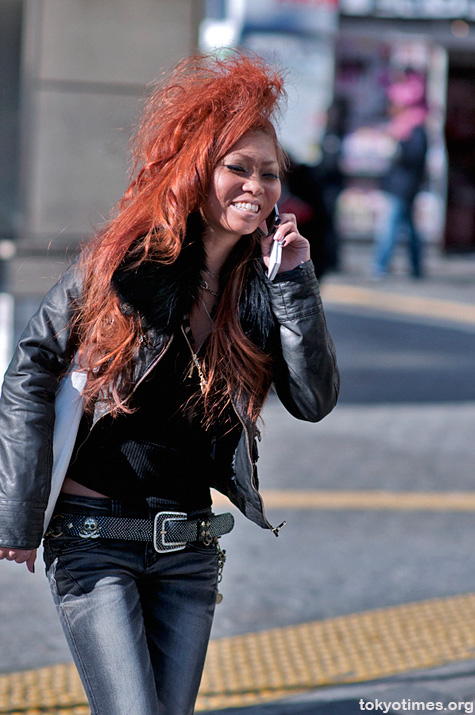 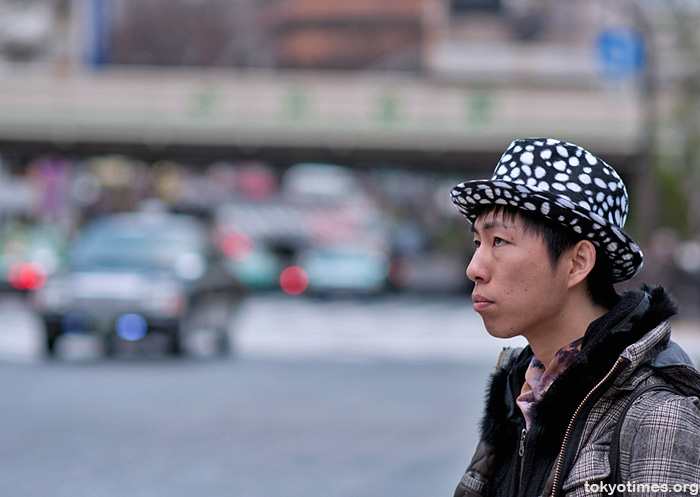 But a far less common sight, both in Shibuya and the city itself, was the large number of volunteers out and about collecting for people in need — the horrible plight of those caught up in the earthquake and tsunami even resulting in the unusual spectacle of transexual beauty queen, Haruna Ai, offering photos for donated funds. 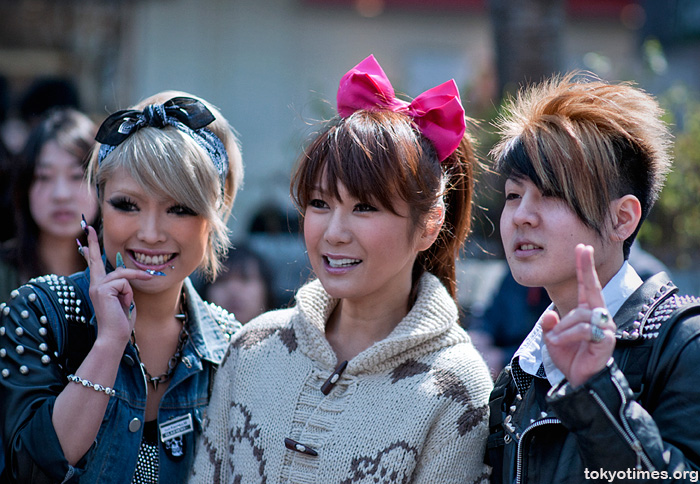 Along with plenty of others requesting, in more conventional form, for a simple contribution. 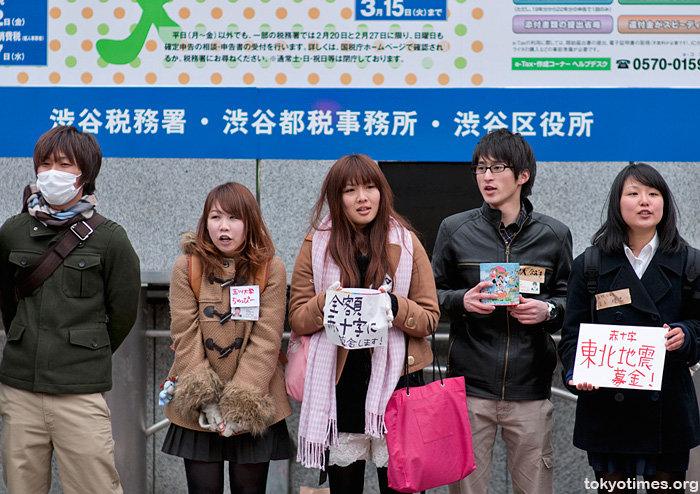 All of which was an especially heart-warming sight considering the looming plume of radiation that was supposedly set to engulf the capital. And even more so when combined with the genuine passion and urgency of all those involved. 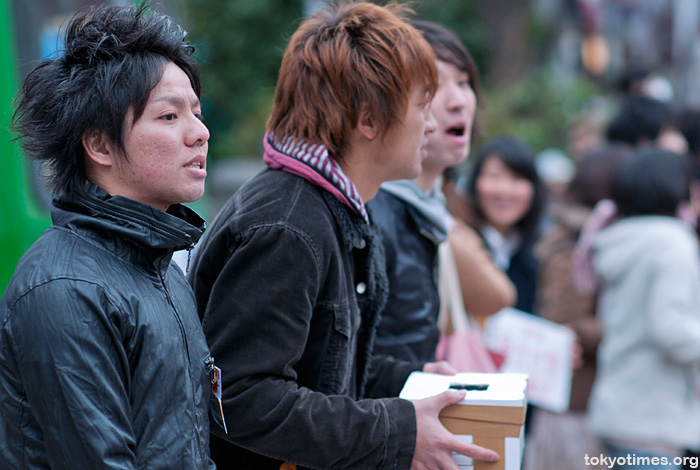