Mike Tyson has recently been making a lot of appearances on Japanese TV (although all of it filmed in the U.S., as he isn’t allowed into the country). And after reading this over at Hammersuit, I now know why.

But for reasons unknown, on these shores Tyson seems to have gained the reputation of being a thoroughly decent fellow. An example of this was as at school yesterday. The students were involved in a game that had them writing a short story in English. To my surprise, one of the groups started their story with the line,

It has to be said, that certainly makes a change from the usual descriptions aimed in his direction. 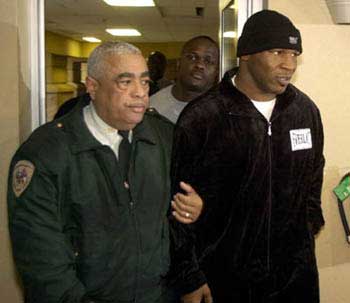