Tokyo’s subway system is as clean and efficient as its highly praised cousin above ground. So much so in fact that it results in a rather sterile, characterless environment. One invariably made even more tedious by painfully long walks down practically indistinguishable passageways.

This exit in Asakusa, on the other hand, is arguably the exception to the rule. Yes, it smells. Plus its crumbling walls aren’t exactly appealing. But all together it’s a combination that arguably gives it something that the rest of the network is crying out for — a bit of character. 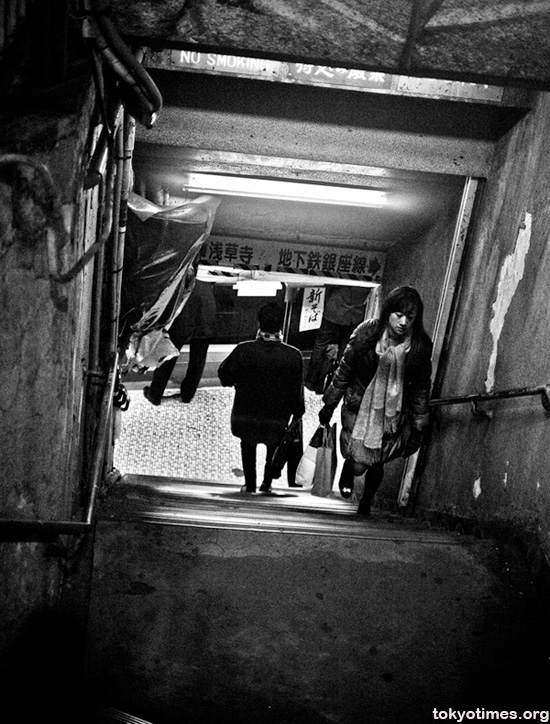