With world politics shifting increasingly to the right, this group of nationalists visiting Tokyo’s Yasukuni Shrine on National Foundation Day now don’t seem quite so out of step as they did in 2011, when I first photographed them. Images that back then benefited enormously from some unexpected snow, meaning that unless the weather is especially inclement again, I’ll very likely never top them. But photographic challenges aside, it’s a scene I feel compelled to return to year after year. Each time being a chance to take in the unusual spectacle, and pick out some familiar faces. A familiarity that fortunately hasn’t bred contempt; instead, it simply increases my fascination, as well as giving rise to more than a few questions. 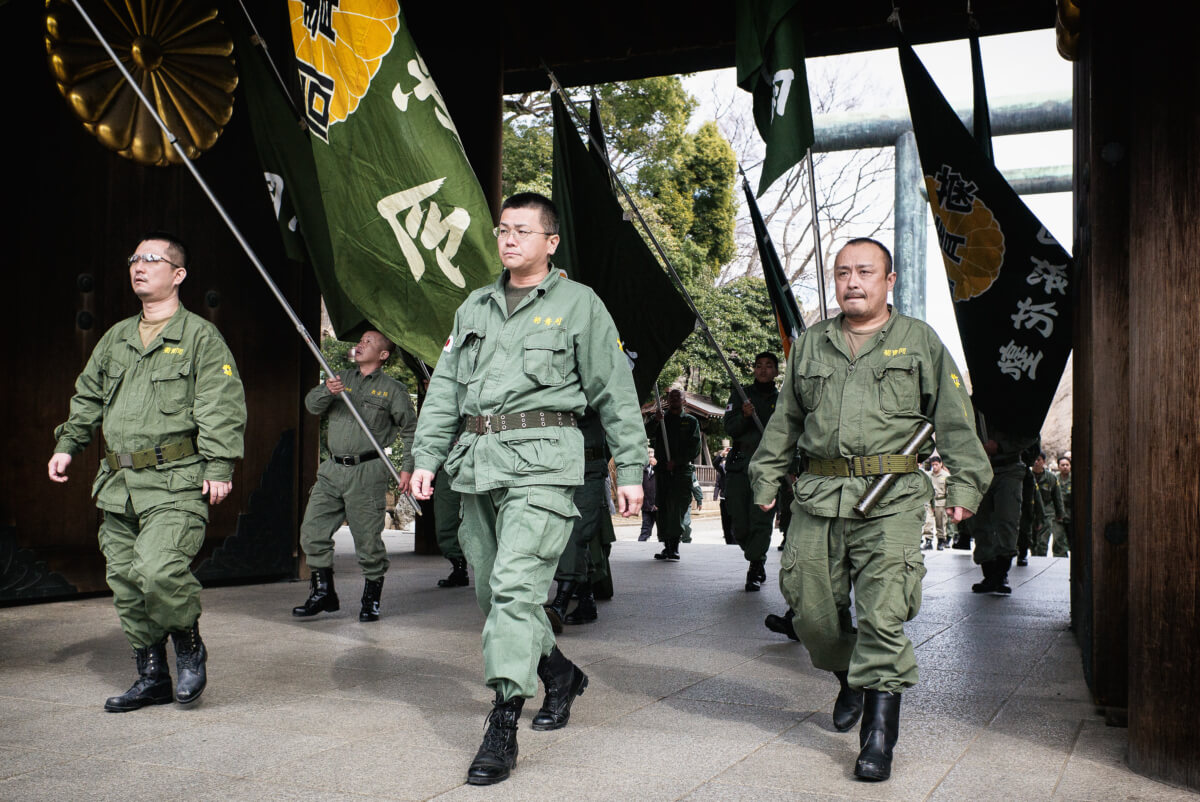 Questions such as: Who are these men and women? 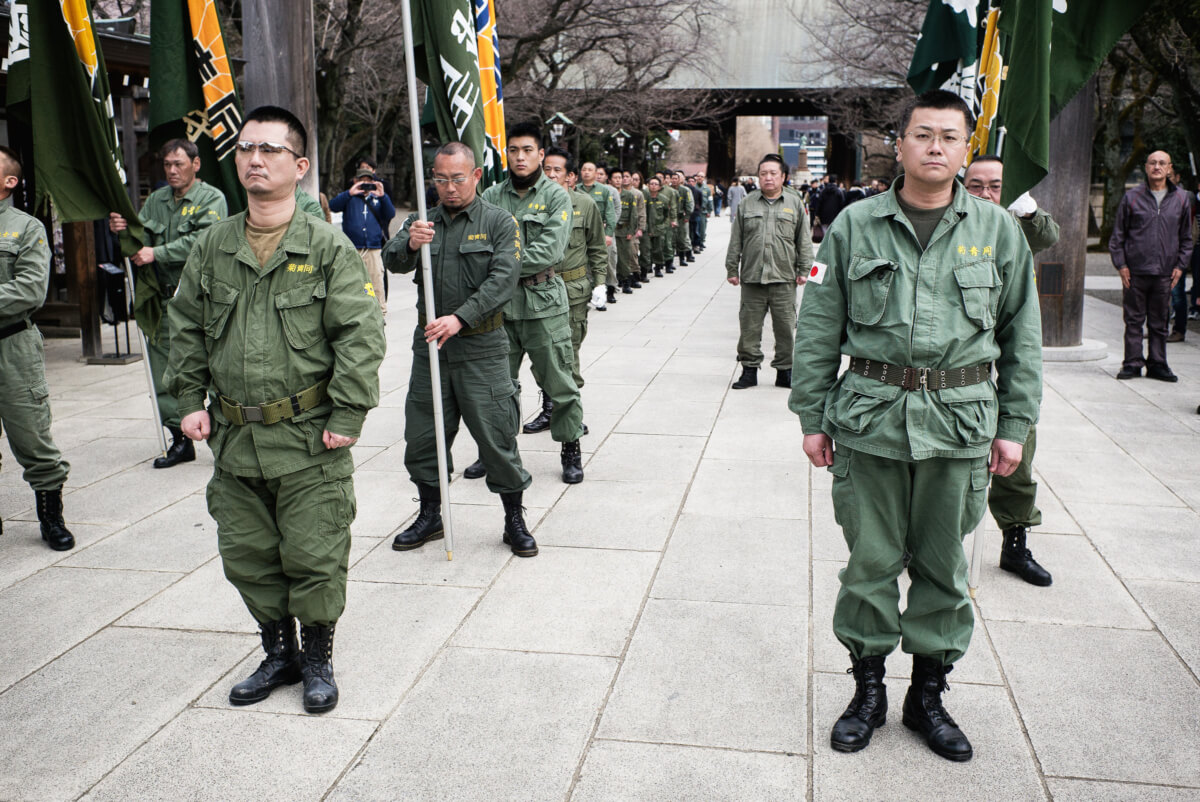 What drives them to such extremes? 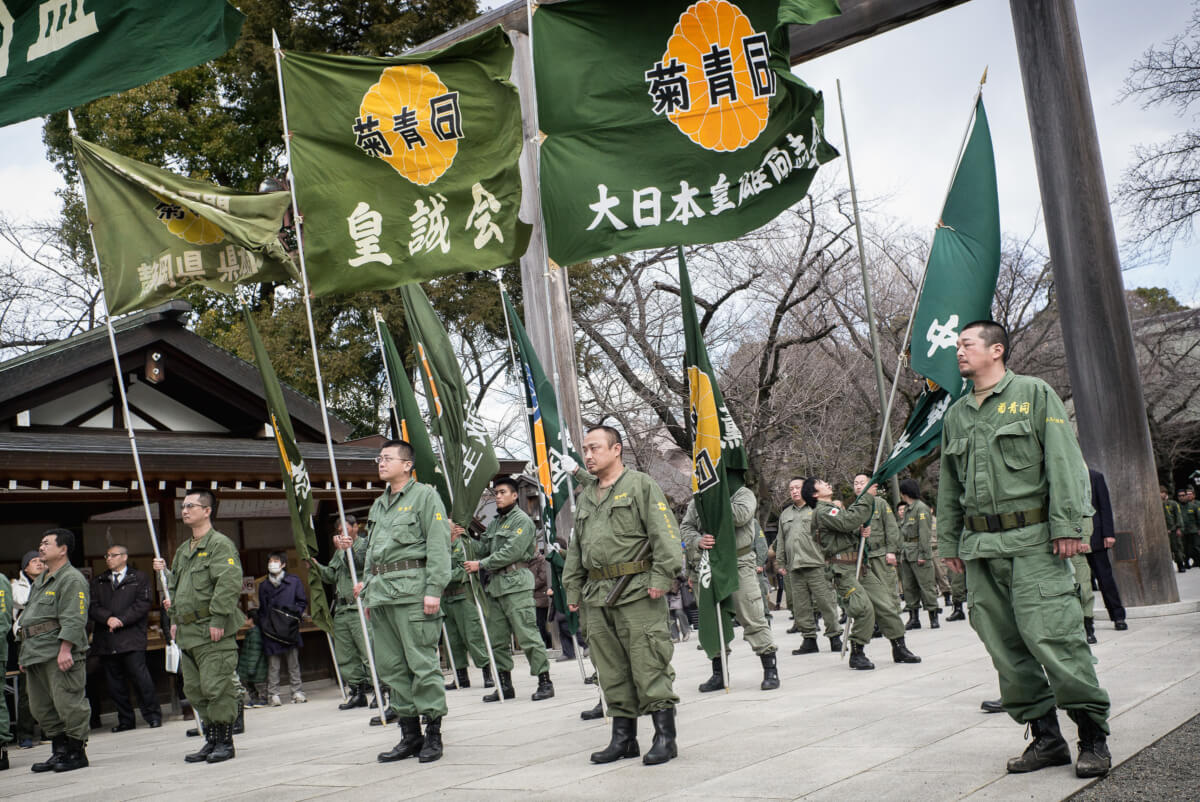 Do they genuinely believe in the revisionist view of World War II they adhere to? 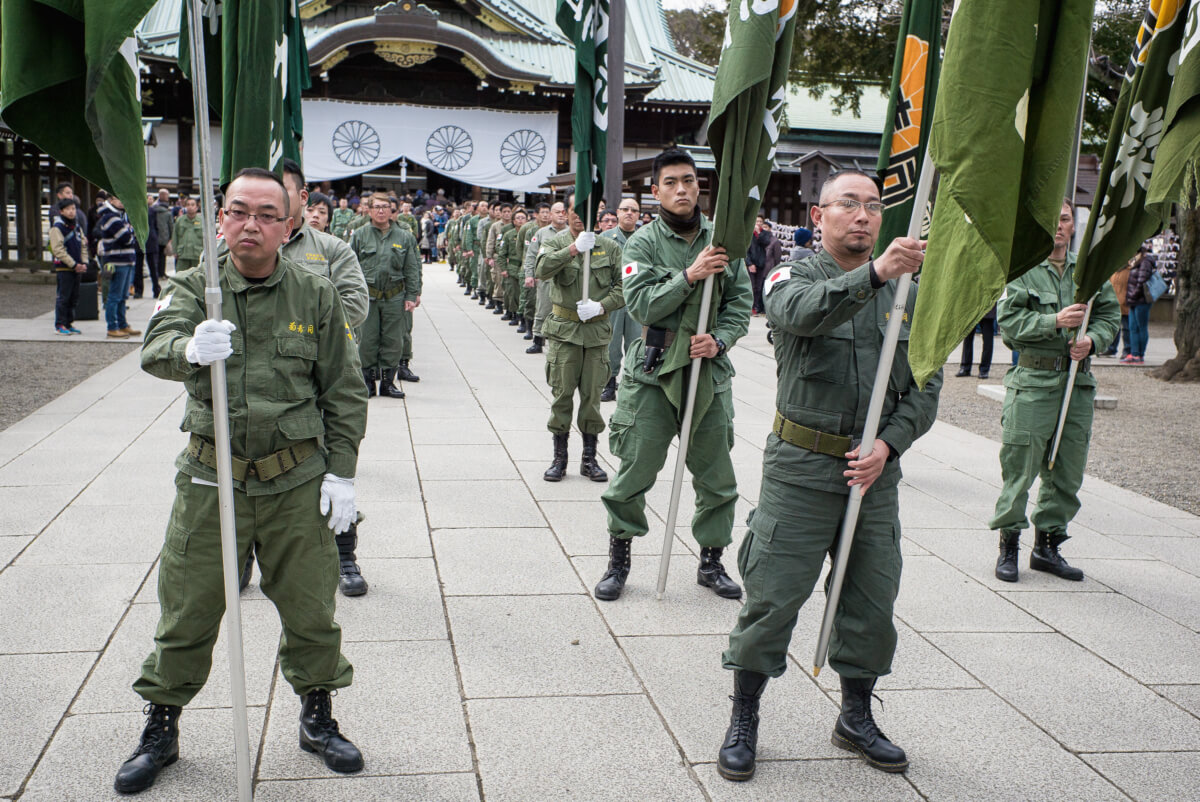 And perhaps most crucial of all, what do they actually hope to achieve? 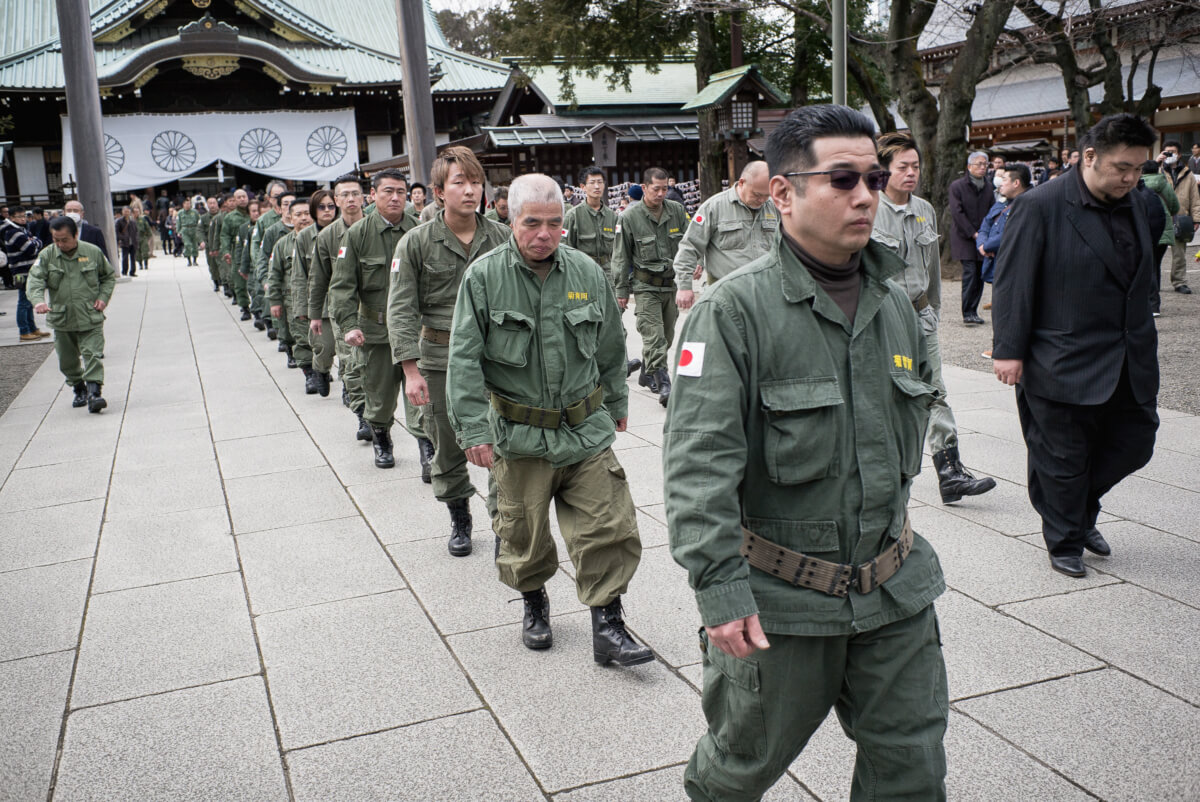