Finding old and long-forgotten personal possessions in abandoned homes isn’t all that unusual in Japan. The houses in this previously photographed village, for example, can’t have been all that different when people still lived there, and in the same mountainous region as the buildings below was a slowly deteriorating little hamlet — its dwellings filled with the belongings of former inhabitants. And yet that said, the sight of mouldy clothes hanging out as if to dry was a first. 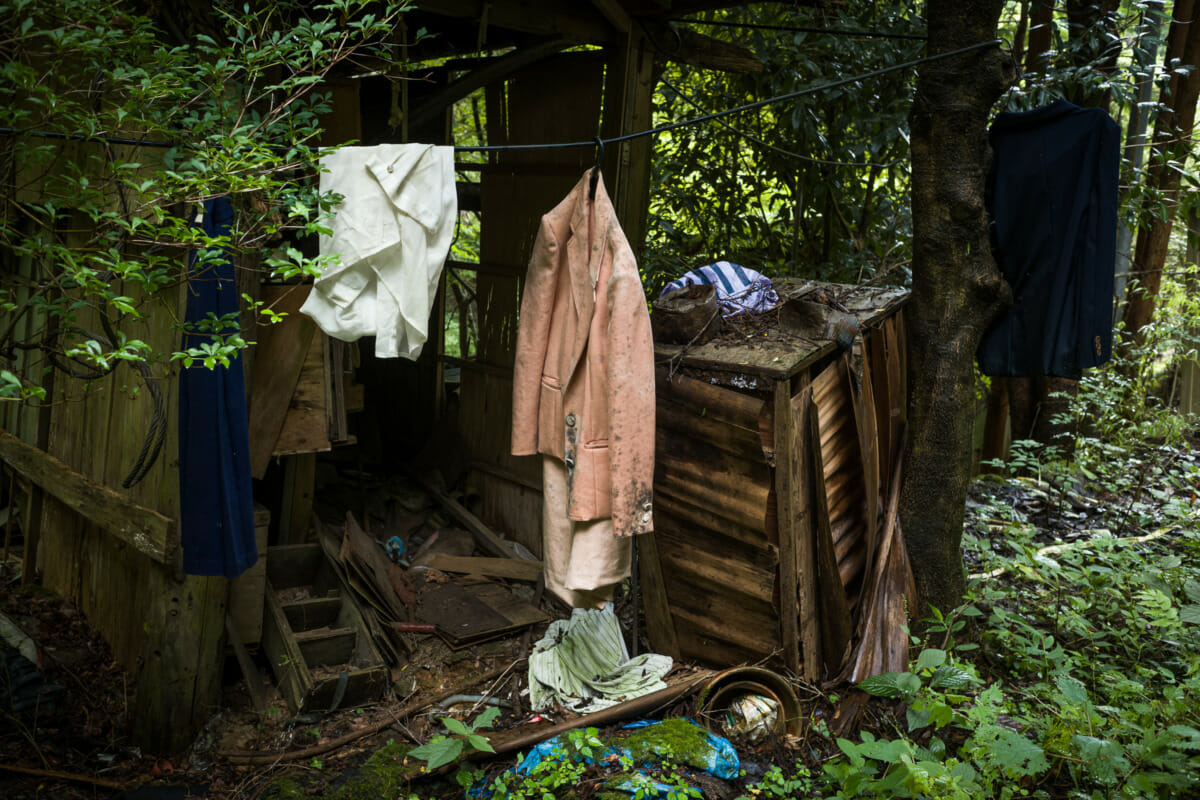 Surrounded by vegetation, the dark interior of the solitary house was in a terrible state, making walking in seem very unwise, but perhaps the best, albeit rather odd explanation for the scene that greeted us is that someone braver once ventured in to retrieve the clothes. And if that wasn’t strange enough, they then went a step further by hanging them all up 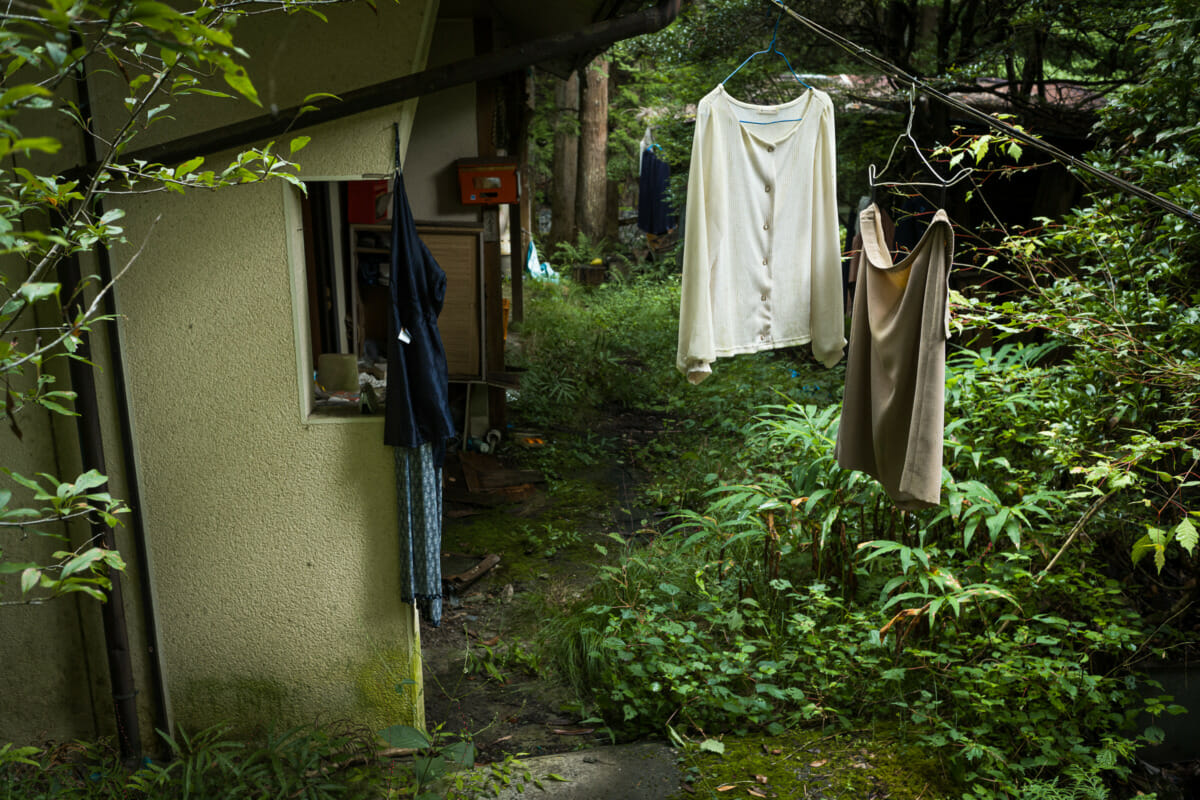 The only other possibility that makes any kind of sense is that they’ve been there since the property was abandoned, but that doesn’t really account for why the clothes were left outside. Yet regardless of how they got there, and whoever was responsible, stumbling upon them made for a strangely unsettling experience to say the least. 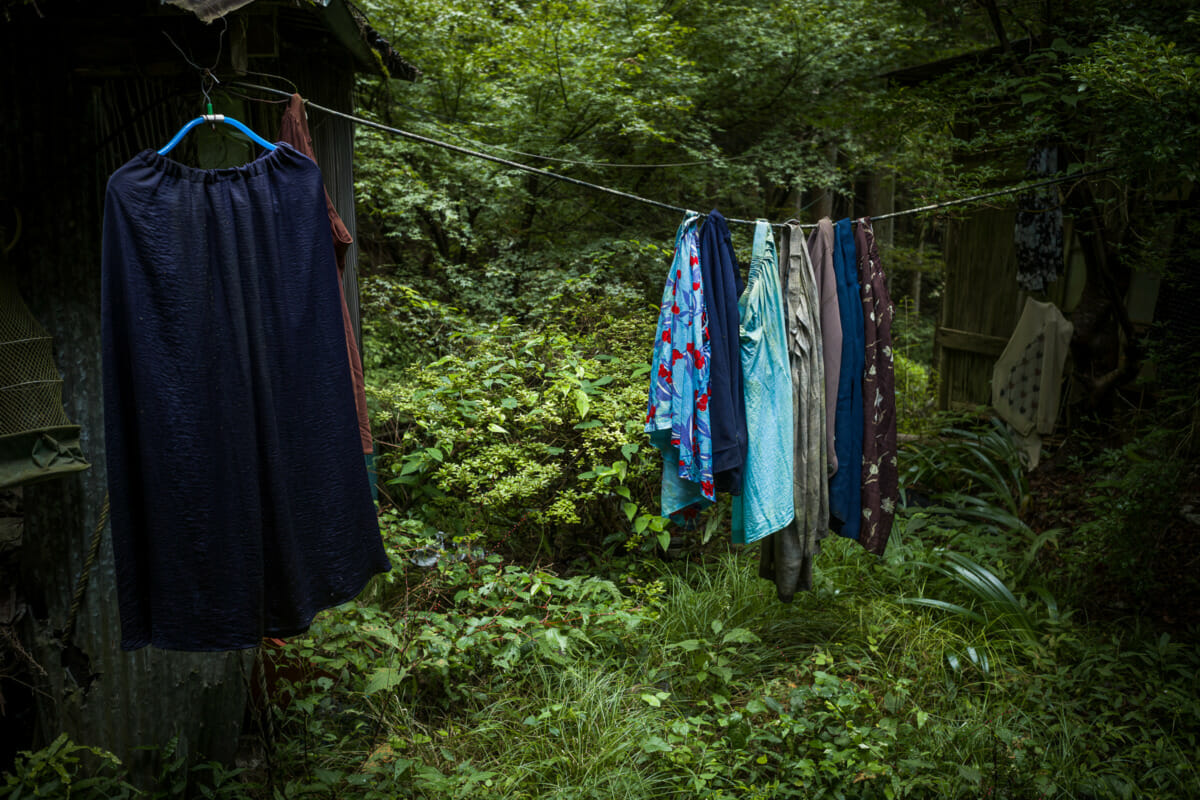 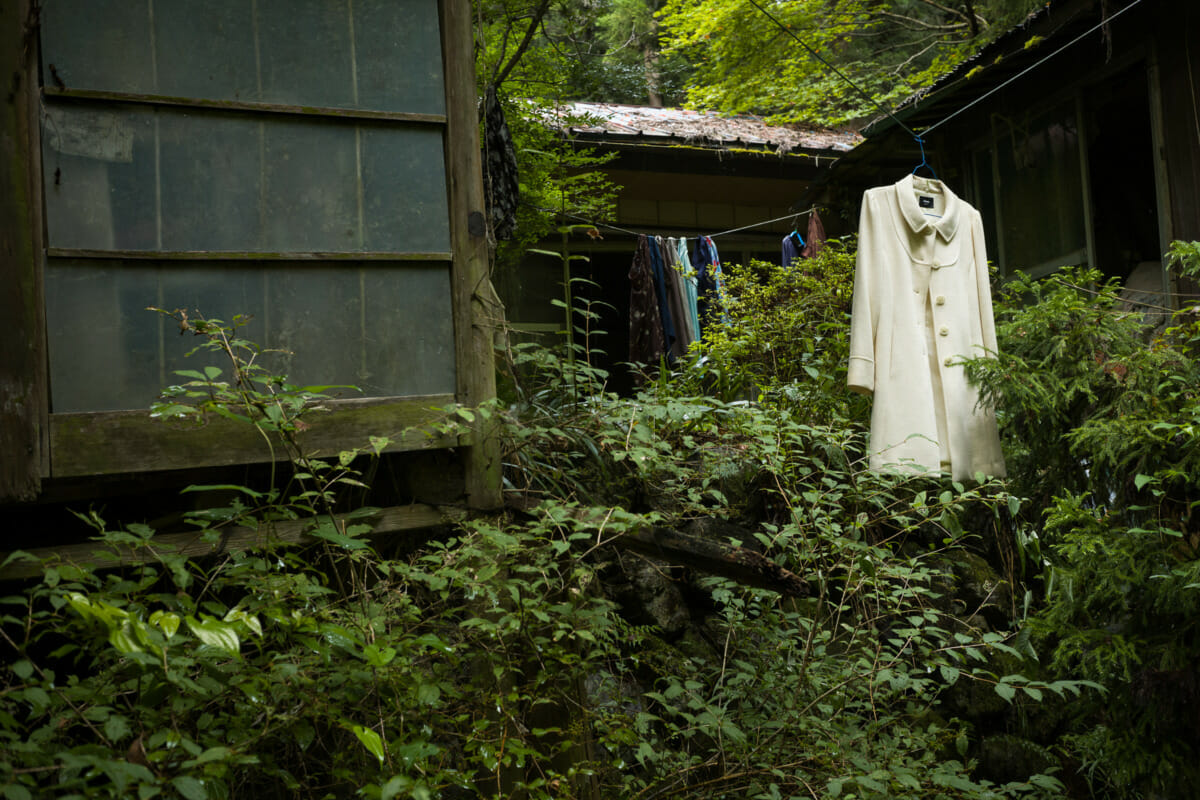 Similarly, and at the end of the same day, we found one last house on the way home. No longer lived in, it was completely locked up, but clothes were once again significant. This time hanging in the windows — their presence giving the property a strange, very real sense of still being occupied. 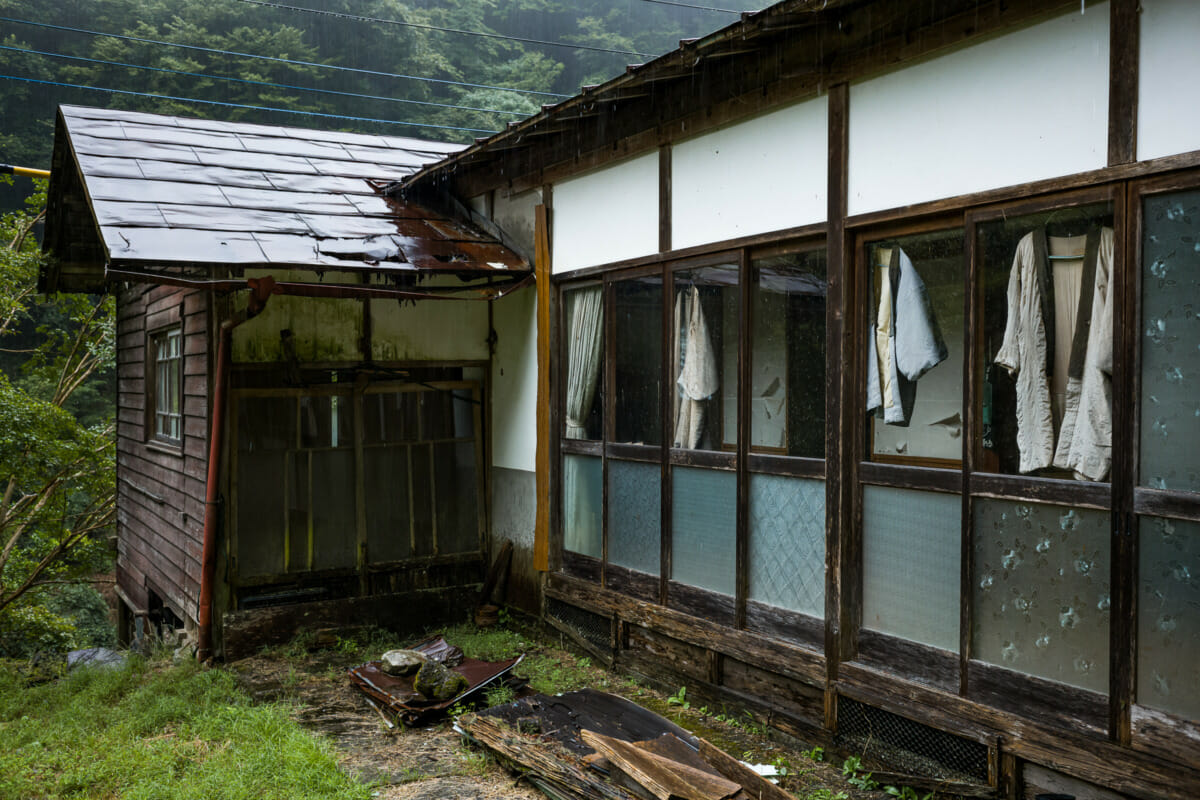 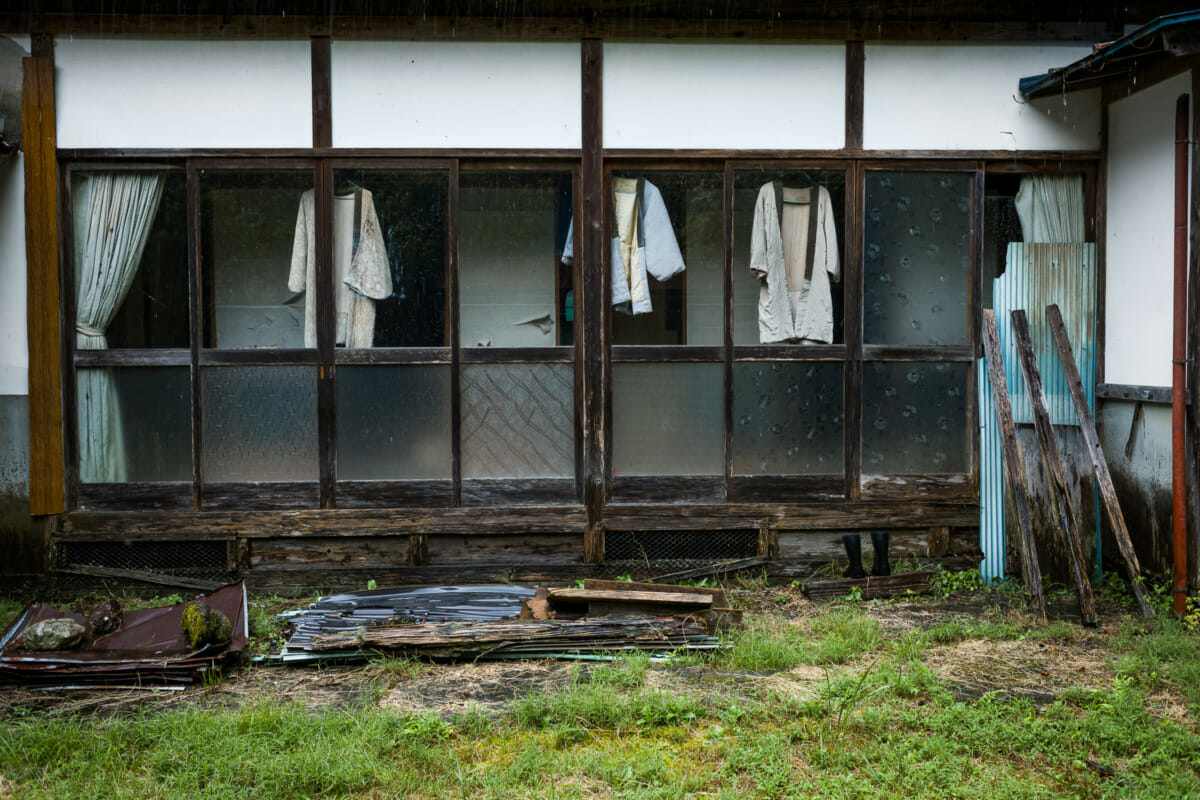