The government’s summer saving campaign, ‘Cool Biz’, has officially been labelled a success. The power-cutting programme resulting in a 210 million kilowatt-hours reduction in demand — the equivalent of 79,000 tonnes of carbon dioxide. Quite impressive it has to be said. Especially as it was achieved by simply setting air-conditioners to 28 degrees, and allowing people to work in more casual attire.

Winter’s newly introduced ‘Warm Biz’ hopes to have a similarly positive effect, with heaters being be set to a maximum of 20 degrees. A fairly comfortable temperature, but arguably just that bit on the chilly side; enough perhaps to push some people into building up a warmer wardrobe. At least that’s what the nation’s beleaguered retailers are hoping for anyway. A Mitsukoshi department store spokesperson happily confirmed that Cool biz had slightly increased summer revenue, prompting him to add that the current plan is â€œto boost menswear sales by about 10 percent through Warm Biz.â€

Yet it’s the more lucrative women’s wear that Mitsukoshi has really got its eyes on, especially as Cool Biz didn’t necessarily affect female office workers. So what better way to tempt fashion conscious females than the sale of, erm, cashmere leg warmers. Apparently available in eleven colours too. 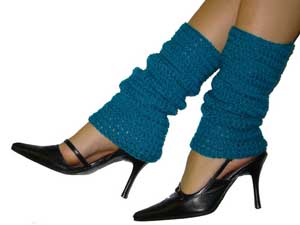