Japan crowned its first ever internet beauty queen over the weekend, after whittling down a winner from around 5,500 entries. Yet in a bid to make sure that the victor didn’t turn out to be a balding and bearded middle-aged man living with his parents and known online as Judith, the organizers asked the 20 best contestants — chosen by internet voting — to appear in person for the final judgment.

The contest’s eventual champion turned out to be 19-year-old Rena Tomabechi, a university student from Aomori Prefecture. A young lady who fortunately for the organizers appears to be anything but a wildly unpredictable web weirdo. 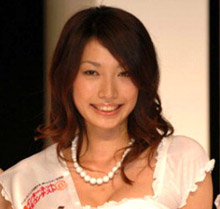 The teenage student managed to bag the top spot after performing a walk in a bathing suit, which received a winning eja evaluation from the juiced up judges. An award that netted her a tidy 1 million yen (4,750 pound) in cash and a free trip to Hong Kong. Triumphant Tomabechi also proving that she’s far more than just a pretty face, wowing the gathered throng during her acceptance speech by saying, “I still can’t believe it. When I wake up tomorrow, I’ll probably be all confused, thinking ‘What shall I do? I’ve won’.â€ 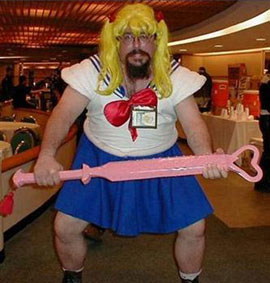