Even though it’s now forever 6 o’clock and there’s not a ceremony in sight, the Heiankaku wedding hall still looks surprisingly bright and breezy from the outside. Or at least it does considering that documents left dotted about suggest that it could have been abandoned as long as ten years ago. 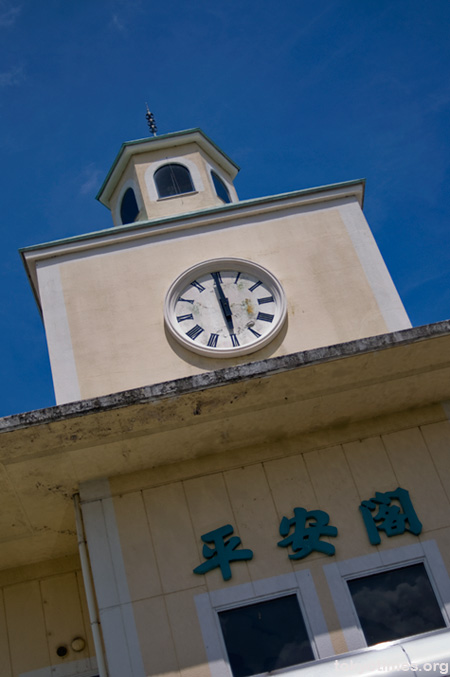 Inside, however, it’s a very different story, with a sense of sadness pervading the property’s still partially furnished function rooms and faded fittings. A place where love, above all else, was once lauded, but even that has long since left the building. 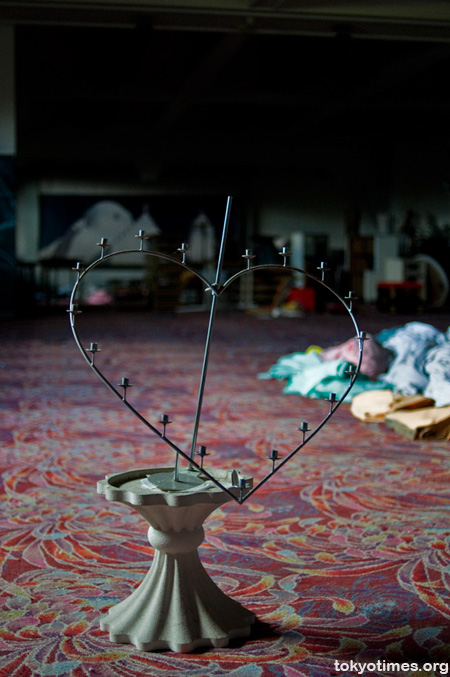 As have the happy pairs in possession of it, who, on their big day, posed patiently next to preposterously sized plastic wedding cakes. 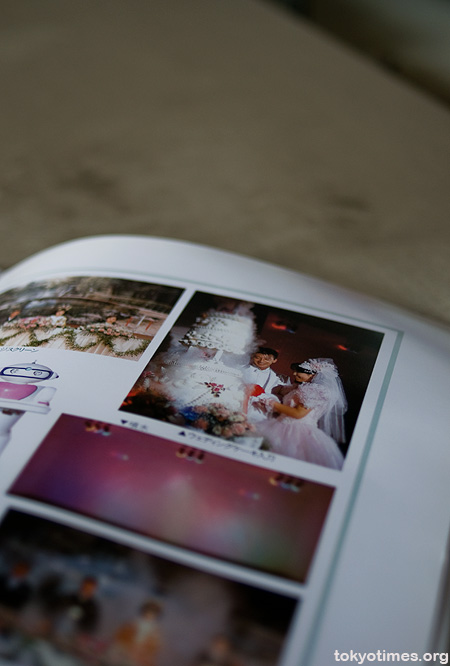 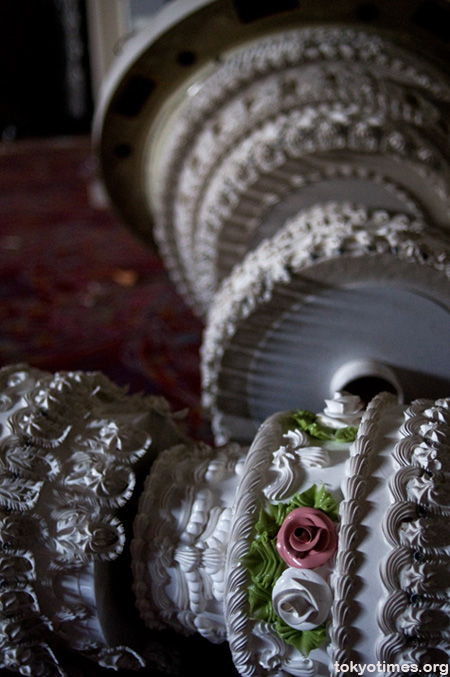 but at the same time appear far more pathetic. 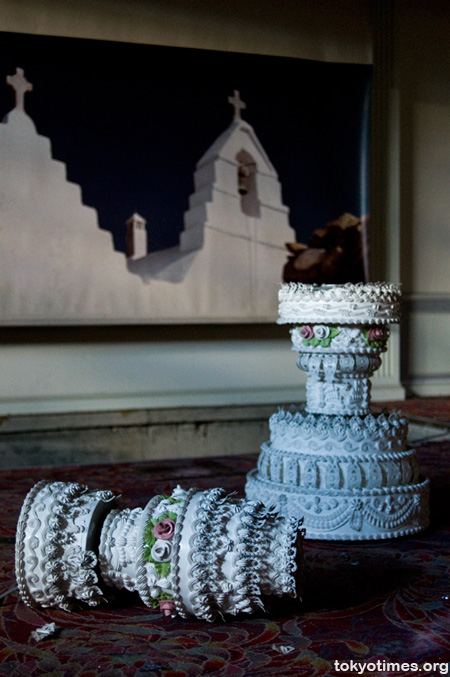 A lot like the rest of the complex really. As where four weddings could feasibly have been dealt with on the same day, quite possibly at the same time, there is now nothing but decay. Meaning no more laughter filled (or simply long) speeches. 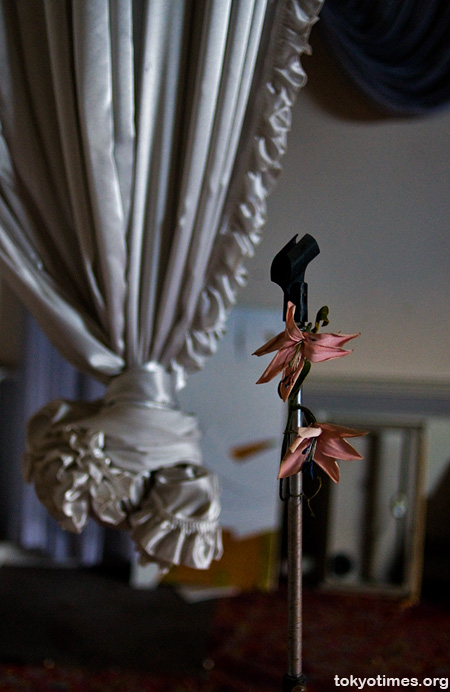 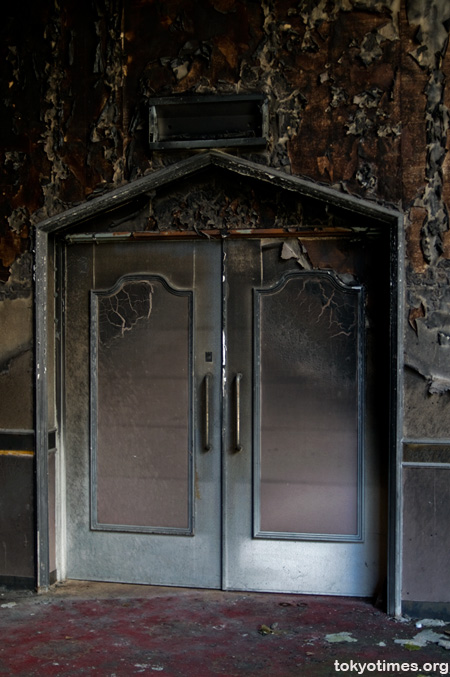 And definitely no more lavish banquets fit for a lord and all his legions. 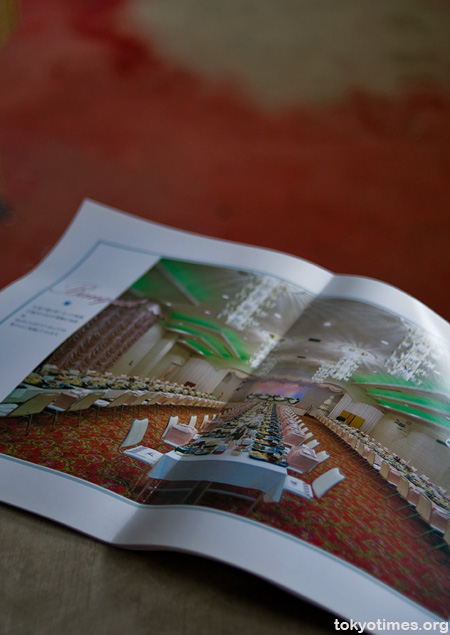 Just ragged reminders of such reveries. 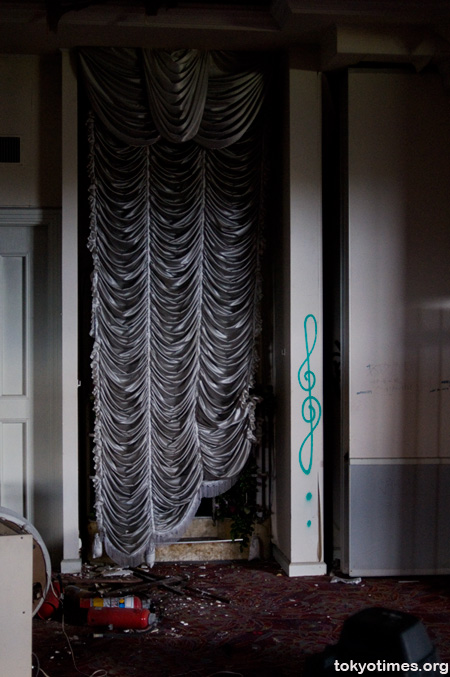 Next week, in part 2, I’ll look at where the brides went to be made even more beautiful, along with the tell-tale signs of nature beginning to take back the building.

In the meantime, however, there’s an abandoned mining town, mountain retreat, water park complex, or even love hotel to have a look at if you’d like to.