There would appear to be no looking back for Nintendo as far as the console contest goes, with the Wii outselling Sony’s PlayStation 3 in Japan by a sensational six units to one. And with the machine still in relatively short supply, some retailers have opted to try and cash in on the craze by offering overly priced overseas models instead.

One outlet in Tokyo’s Akihabara district for example is desperately trying to draw in the more determined with a U.S. version of the Wii for the decidedly not discounted price of almost 60,000 yen (500 dollars) — twice the cost of a Japanese model. 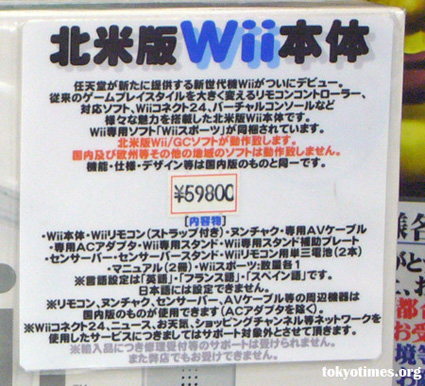 The management somewhat unwisely deciding to display the console on top of its even more outrageously priced American PS3. 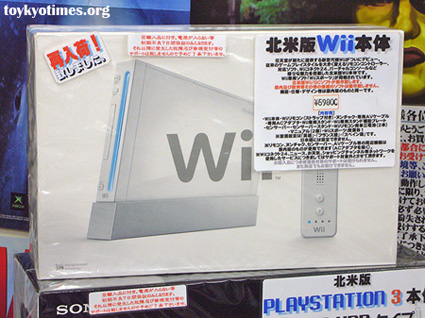 Which at a whopping 128,000 yen (1,000 dollars) has, perhaps not surprisingly, been unsuccessfully on sale since January.