As Tokyo is not exactly blessed with an over abundance of big or indeed beautiful parks, coming across one that was hitherto unknown and also hosts a bit of history is certainly something to be happy about, even if the aforementioned history is this somewhat stark, yet at the same time somehow rather serene, structure. 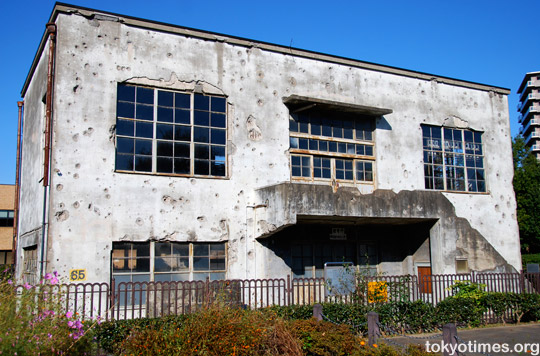 Functioning as a substation for the now defunct Hitachi Aircraft Company in Tachikawa, it and the munitions plant it powered came under attack three times in early 1945; part of the sustained strategic and incendiary bombing of Japan that destroyed huge sections of the capital as well as other cities.

However, unlike the rest of the factory it somehow survived, and while badly scarred, 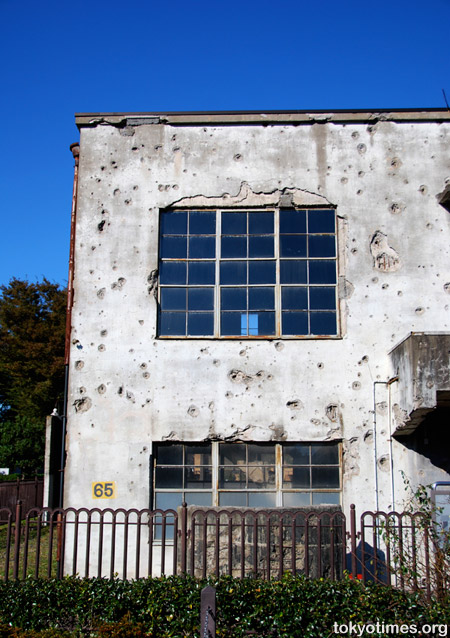 and forever reminded of its past, 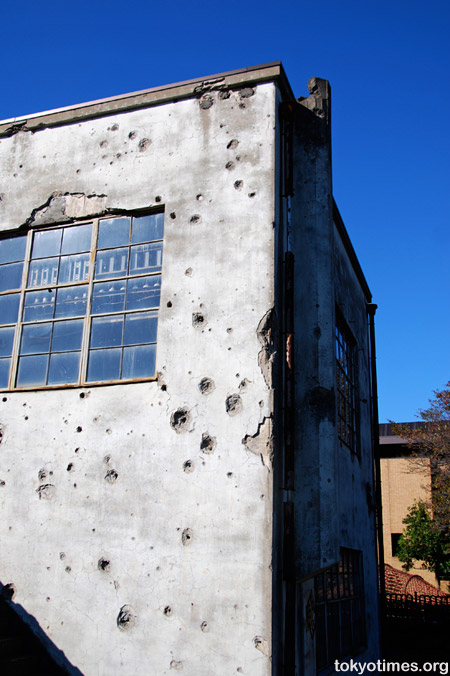 the building went on to be used until 1993, when the park was planned and it had nothing left to power, except perhaps the ponderings of passersby. 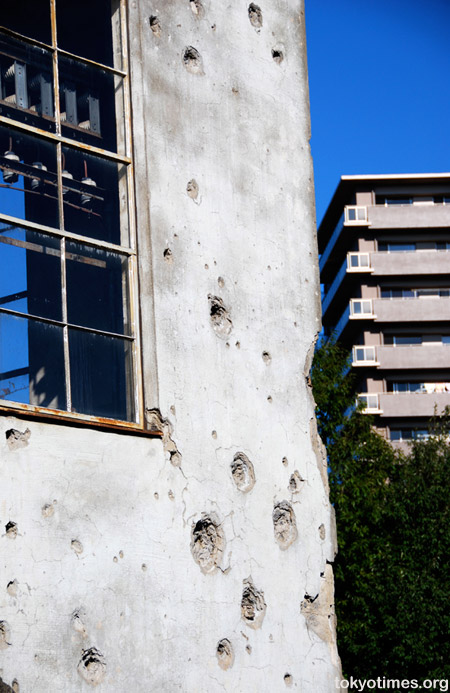 Its wartime workforce on the other hand weren’t nearly so lucky, with at least 110 citizens being long outlived by the now silenced substation. 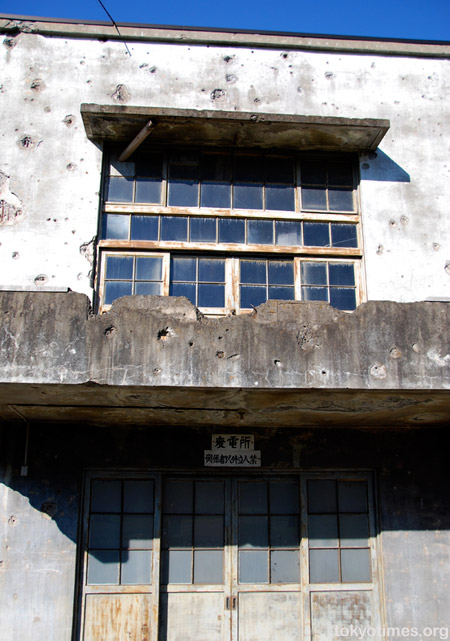