In a stunning breakthrough, a group of Japanese researchers from Tokai University have managed to train a beluga whale to ‘speak’; the cetacean in question managing to link its own sounds to specific objects — cleverly creating ‘words’.

An incredible achievement that has prompted Takashi Murayama, a professor involved in the programme, to proudly pronounce, â€œWe’ve experienced a taste of reality in conversation with cetaceans. In the future, we may be able to exchange greetings with them.â€ 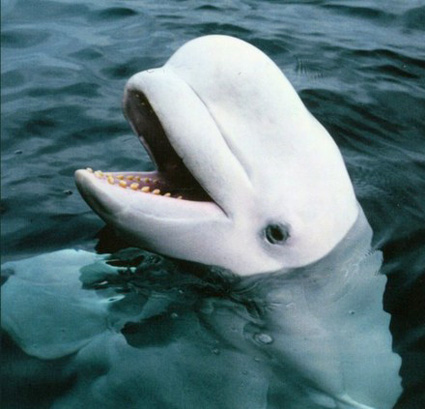 However, rumours that things have already gone way beyond simple salutations, with the beluga allegedly asking, â€œWhen are you going to stop hunting my fellow whales as everybody knows your claims of ‘scientific research’ are utter claptrap?â€, have been strenuously denied.