An unscientific but still somewhat assiduous study of the bouffants boasted by most Japanese men would almost certainly suggest that baldness isn’t as big a blight on the nation’s blokes as it is back in my native Britain.

Or there again maybe, just maybe, wigs are a well used but equally well kept secret, with a rug being as readily donned as a raincoat. However, while that is very much open to debate, what isn’t is that just like the latter, wigs do wear, and this poor fella’s equally poor hairpiece,

is possibly now about as hirsute as his head. 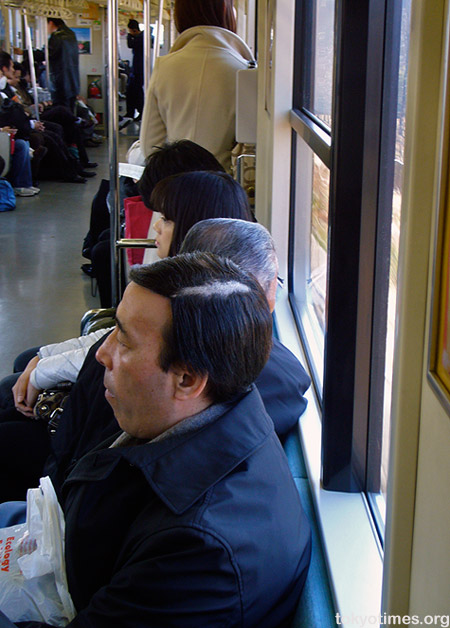