As a foreigner, just like it is for many Japanese to be fair, visiting Yasukuni Shrine is a little awkward to say the least, the place of worship’s heady mix of patriotism, politics and the past making it controversial all over the continent let alone just in Japan. An area where a vast array of visitors congregate, if sometimes uncomfortably, to pay homage to certain people or indeed postulations. And it’s a situation that’s possibly even more strained on Showa Day, when the pictures below were taken, as its purpose is purportedly to ‘reflect on Japan’s Showa period when recovery was made after turbulent days, and to think of the country’s future’.

So, with all that reflecting going on, there was inevitably no shortage of nationalists knocking about. 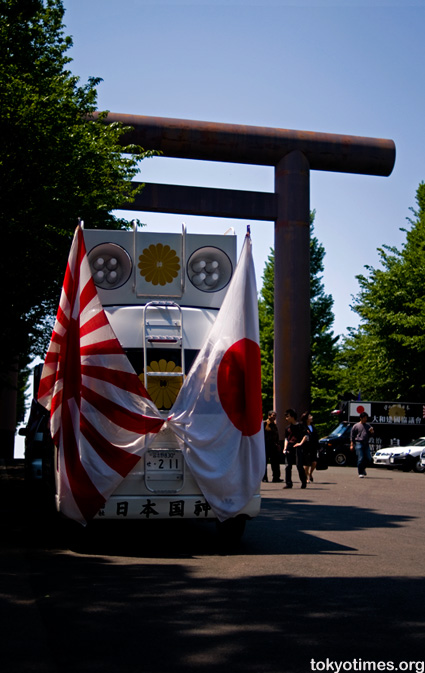 Their speaker equipped vans standing by to take them around the capital bellowing out bile to a population that’s mostly mystified rather than mesmerised by their message. 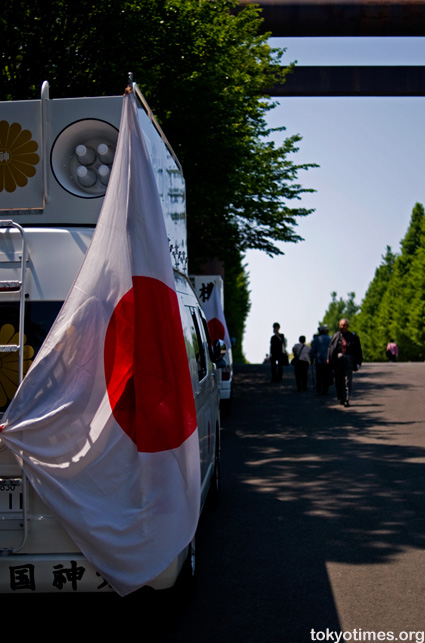 However, along with the right-wingers was a sensationally turned out singer,Â 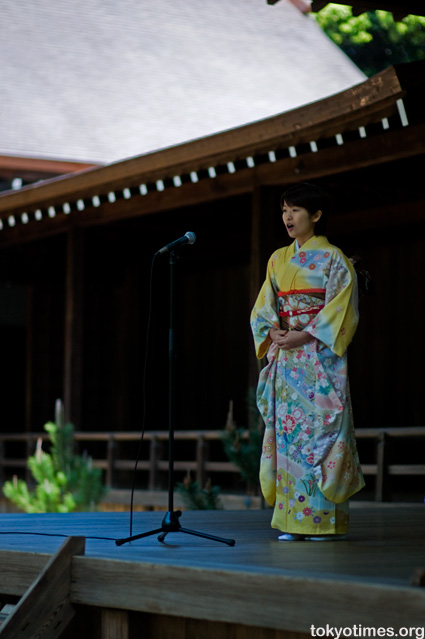 a snippet of whose singing can be heard here.

Plus, of course, there were plenty of people praying, including those who are paid to,Â 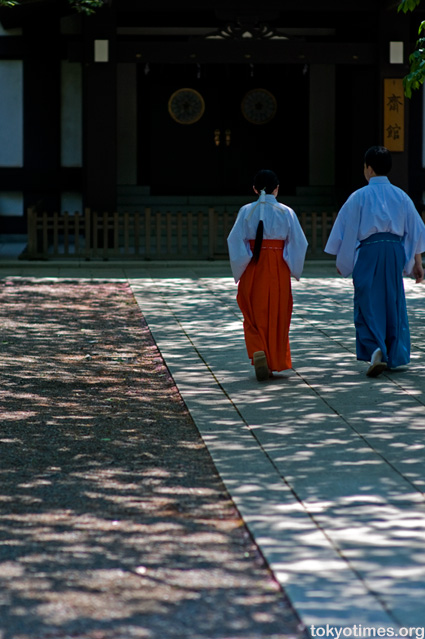 along with plenty more at an age when memories may have more weight than meaning. 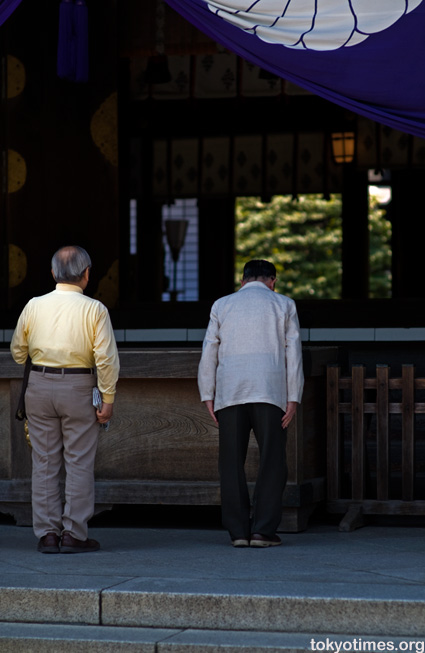 And yet among the pensioners were some who appeared almost as out of place as the person taking their picture,Â 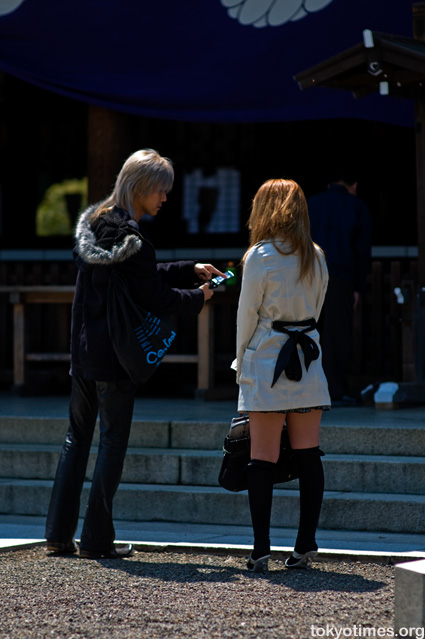 and a young girl understandably more interested in Mickey Mouse rather than memorials. 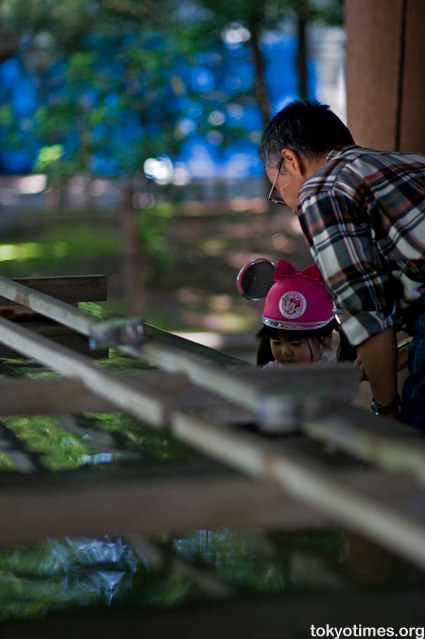 Yet Yasukuni being Yasukuni, a visit couldn’t be complete without the contrast of an old man who appeared unforgiving but yet was friendly,Â 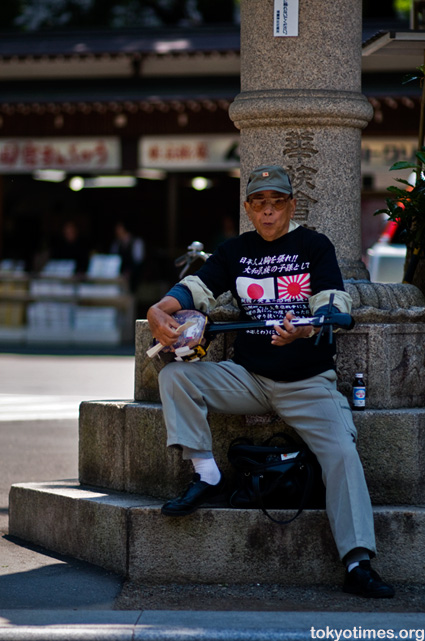 and another whose fury at either my foreignness, or indeed this photo, was phenomenal. 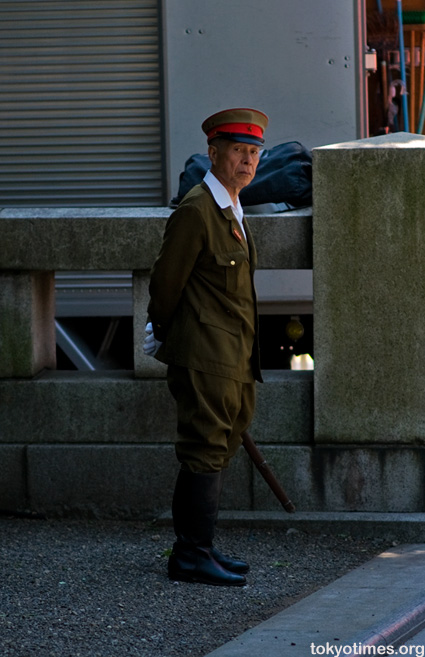