Police officers in Kumamoto had the unexpected job of trying to capture a runaway zebra on Tuesday.

The 2 metre long and 200 kilogram animal was being moved from Osaka’s Tennoji Zoo to Kumamoto Zoological Gardens, when the driver of the truck it was being carried in decided to have a rest. But unfortunately as he was taking a nap at the service station, the 9-year-old zebra smashed through the wood surrounding the load platform and made a spectacular bid for freedom.

Traffic police soon arrived on the scene, but the plucky beast evaded capture for an impressive 5 hours. In fact the pursuit only ended when the zebra was cornered in the service area’s toilets, and then unceremoniously shot with a tranquilizer dart.

Unfortunately reports didn’t say whether the animal had entered the toilets merely to hide, or was in fact so well trained that it went in there to do it’s, ahem, business. But either way, after such a gallant escape bid, the toilet area of some grimy service station isn’t the most dignified of places to be captured in.

A zoo official later said that it was very lucky the zebra didn’t run out onto the expressway, and also added this little pearl pf wisdom. “I think zebras become nervous in these situations because they normally grow up in the wild.” 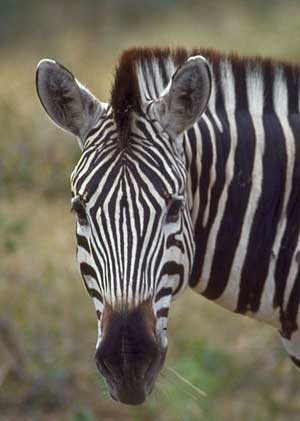