Sliding open the door of an unknown bar is always an intriguing, and sometimes even intimidating experience, as what lies beyond is utterly unknown. Good, bad or disappointingly bland, there’s no way of really knowing without taking the plunge.

Thankfully, the place below is definitely a good one, as walking in is like entering another era. There are no obvious nods to modernity, and similarly, there’s nothing to suggest it has undergone any major changes during the 60 years it’s been in business. 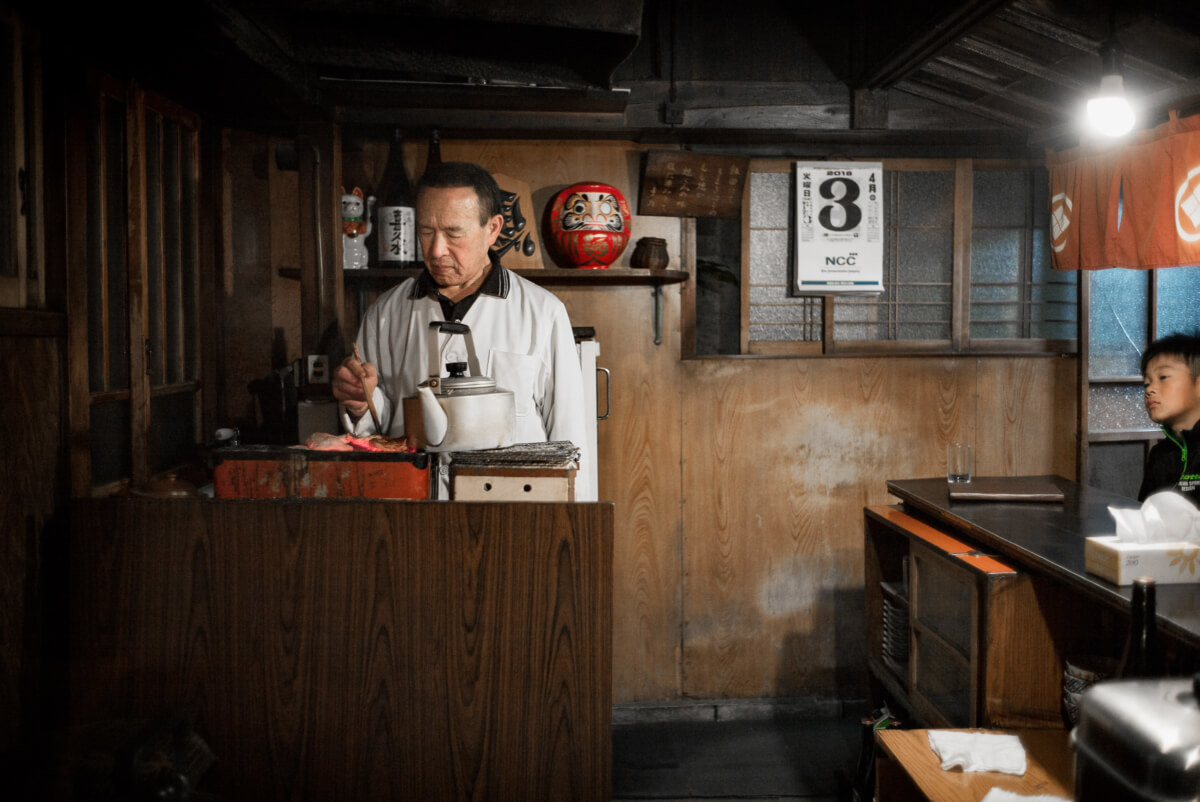 It doesn’t have a menu either, although presumably that’s because it barely needs one. Drinks-wise it’s either bottled beer or sake, and the only freshly made food on offer is chicken thigh or wings — both of which are cooked by the owner on his back-to-basics little charcoal grill. To vary things ever so slightly, pre-prepared pickled cucumbers and little bowls of animal innards are also available, provided you know to ask that is. But mostly it’s about the chicken meat and alcohol. 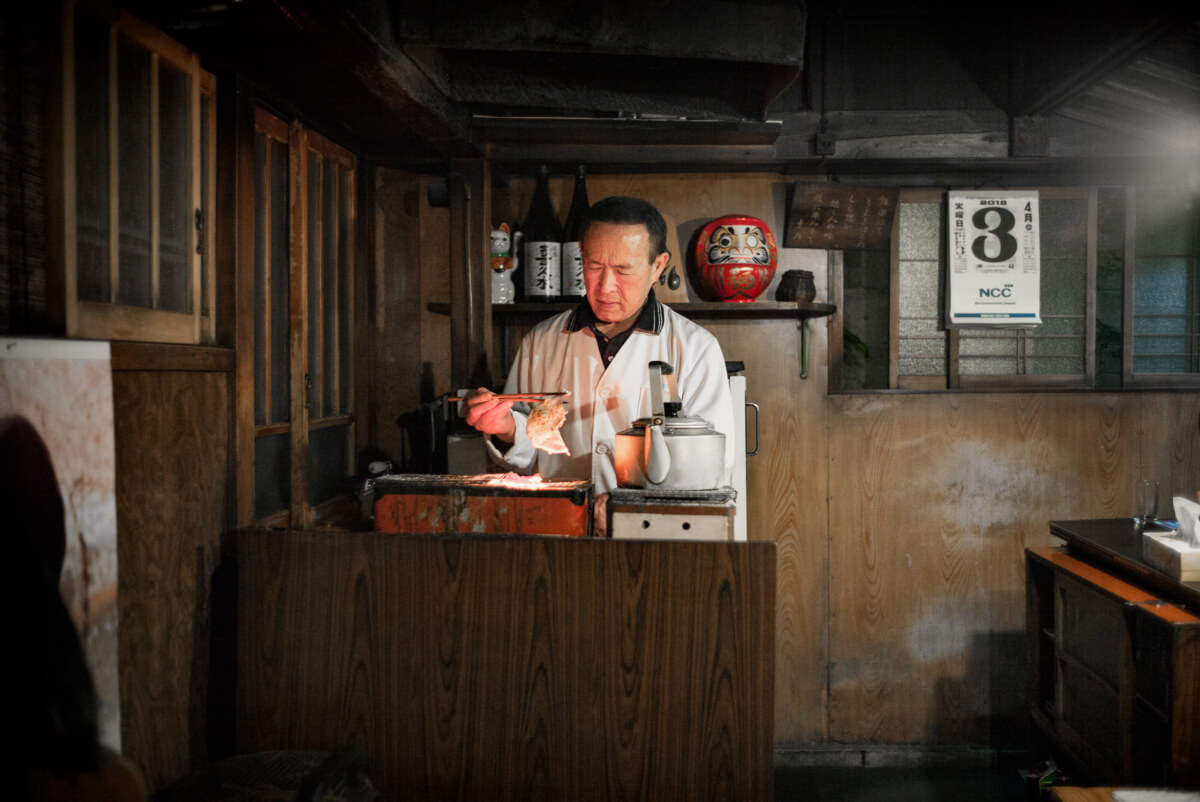 An overall simplicity that when coupled with the low lighting and complete lack of distractions, is incredibly relaxing. A feeling that’s further accentuated by the almost zen-like appearance of the master when he isn’t pressed into cooking. 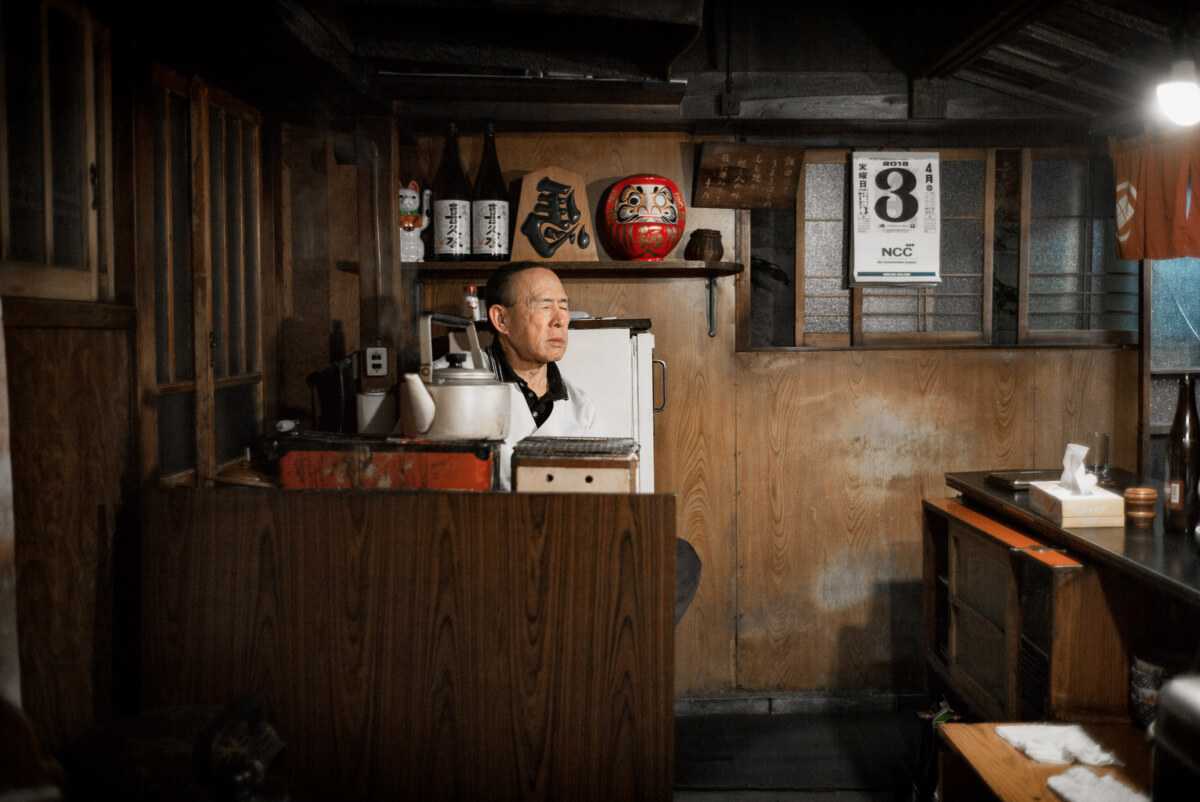