Bar owners in their 70s aren’t that uncommon in Tokyo. Men and women who’ve been doing the job for so long it’s simply a habit; a habit that in many ways keeps them young — or at the very least young at heart. Entering a bar and finding out the owner is 93, on the other hand, is decidedly less common. And yet to look at her, and see her confidently cook food and serve beers, you’d never know it. 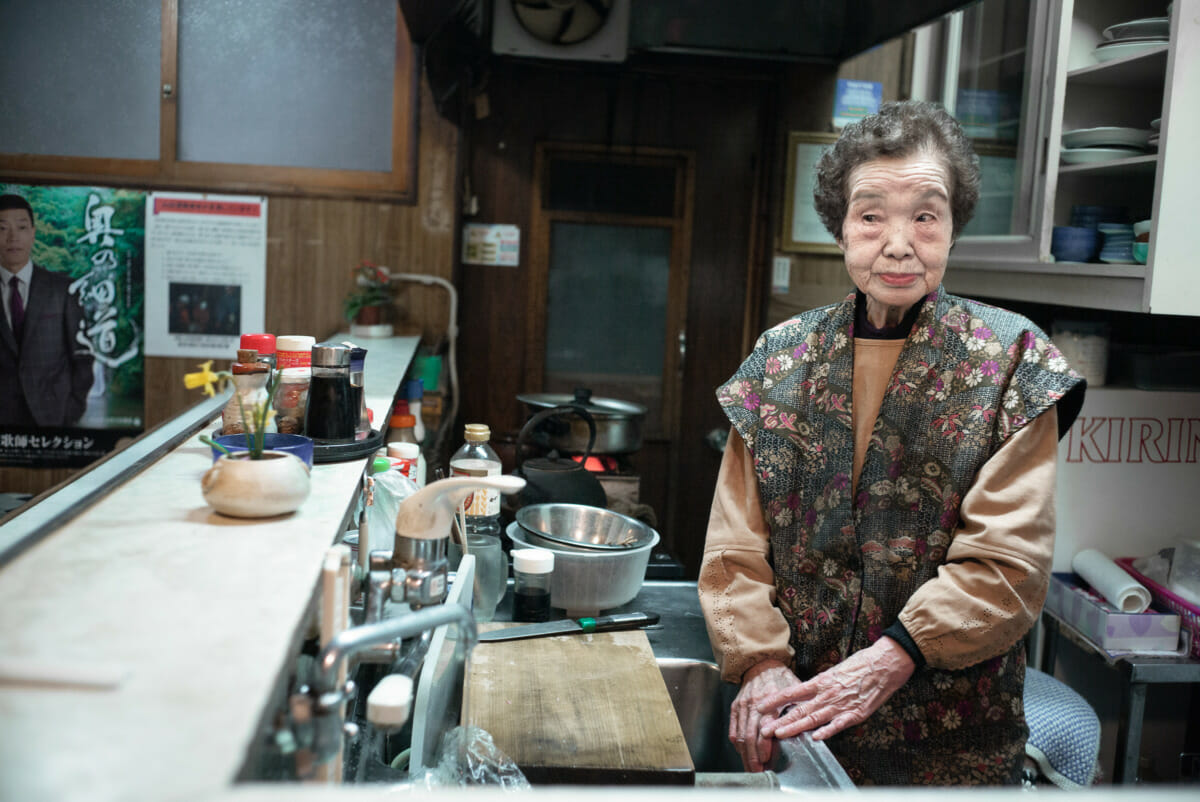 Running the place for over 60 years, she still opens every night. If there are customers she happily stays open. But if there aren’t, she closes. No stress either way. On evenings when there are customers, however, she’s not averse to a natter, and with us at least she talked about the changes she’s seen during her lifetime — all of which has been spent living in Tokyo’s western extremities. This mountainous area of the city experienced the development of a post-war dam that changed the region enormously, creating both upheaval and employment. On a personal level her family experienced some of this upheaval firsthand, as they were displaced by the dam’s planned location; her childhood home being one of nearly a thousand that had to make way for the project.

But the huge amount of work that construction of the dam provided has obviously long gone, and the presumably substantial number of visitors that once came to see it have understandably dwindled too. Then factor in generations of youngsters wanting to leave and set up home in far more populated parts of the city, and it’s easy to see how much quieter the town must be. Not to mention how much it has changed — especially so for someone who has lived there for so long.

Yet despite her family also moving away, she’s happy to stay put. Happy to run her little bar too — no matter how quiet it may be sometimes. A place where she’s very much at home, and where she’s still quick to smile, have a joke and sip on her beloved sake. 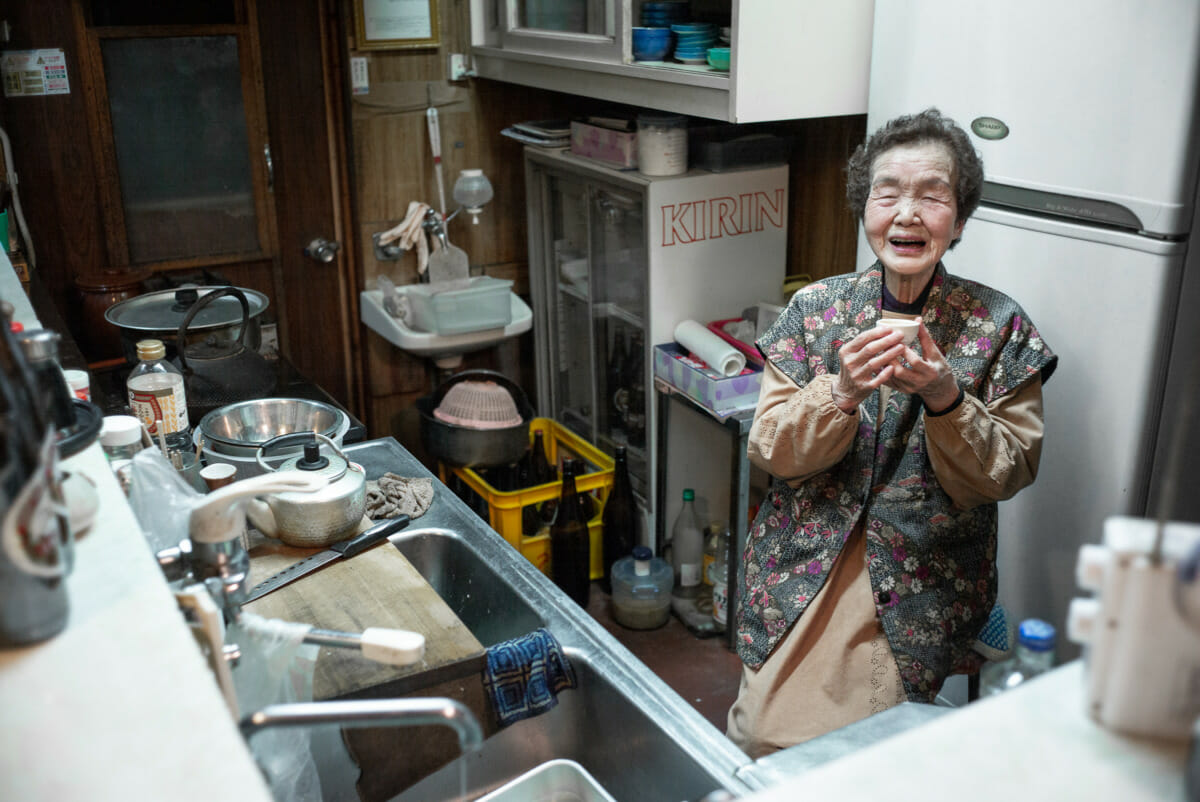