The far west of Tokyo is a world away from the bright lights and busy streets the city is famous for. It’s mountainous and green for starters, plus it’s also home to bar owners in their 90s, wonderfully atmospheric old train tunnels and long since abandoned cable cars.

However, that’s not the whole story, as seek out the area’s villages, and it feels altogether different again. Small pockets of civilisation that seem utterly isolated despite being located in one of the world’s most populated cities. And yet isolated they are in many ways, with little in the way of facilities, and none of the things people generally take for granted such as public transportation and supermarkets. Hence the need for a mobile shop. 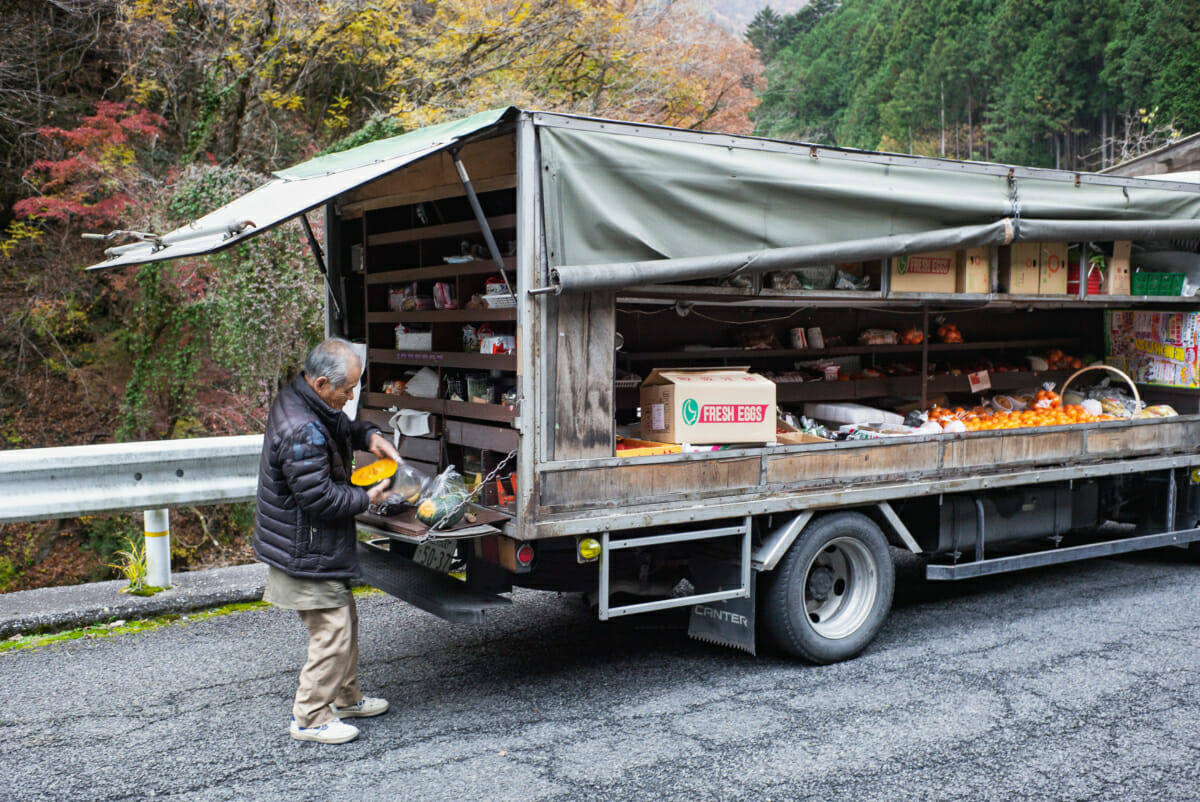 A service that’s presumably a lifeline for the predominately elderly locals, and as such the owner had his orders already written down and was slowly bagging them up from his astonishingly well-stocked truck — it also opens up on the other side where the fridge is.

All in all a sight that was as interesting as it was surprising. 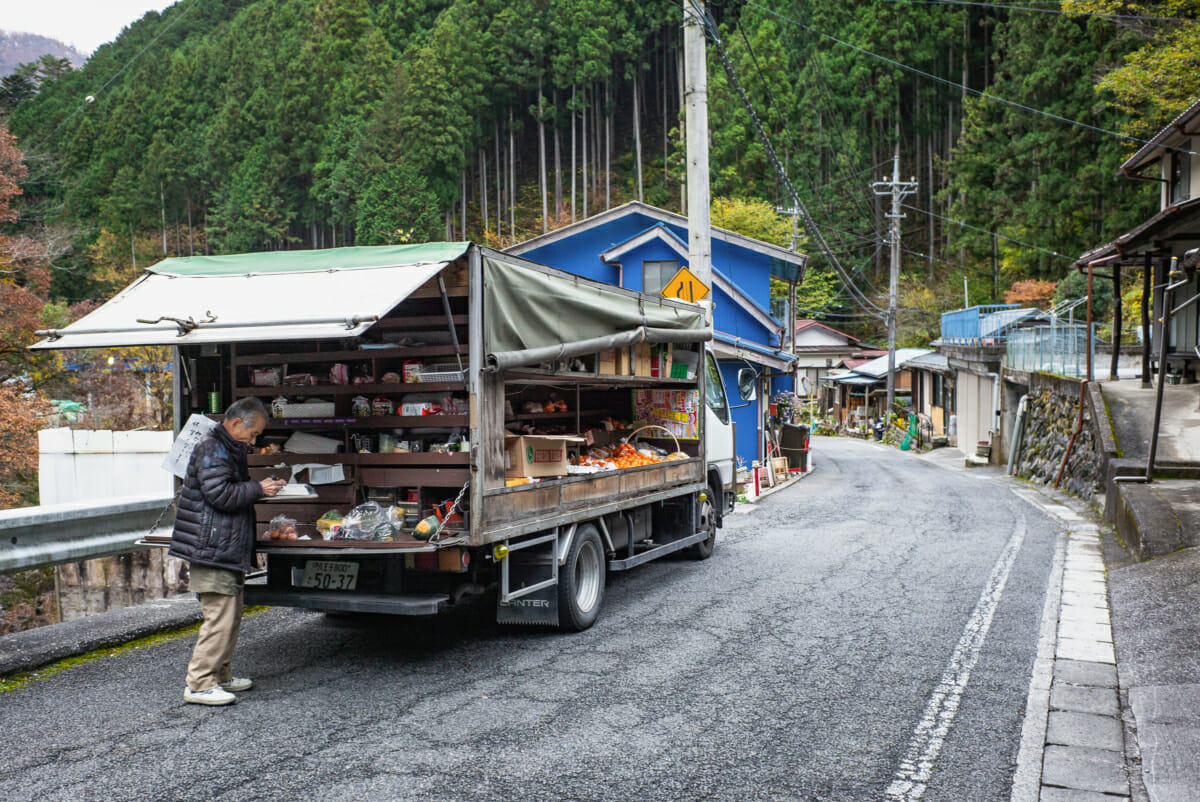